“Off the top of my head, looking at strikers on form, Harry Kane is number one but there is not a better striker after Kane on form,” said Frank.

• The win lifted Brentford to seventh in the table, while Leeds slipped to ninth after their second successive Premier League defeat, and are still seeking their first victory on the road this season.

• Toney’s landmark goal to open the scoring might not have had too many home fans anticipating a record-breaking afternoon for Brentford. 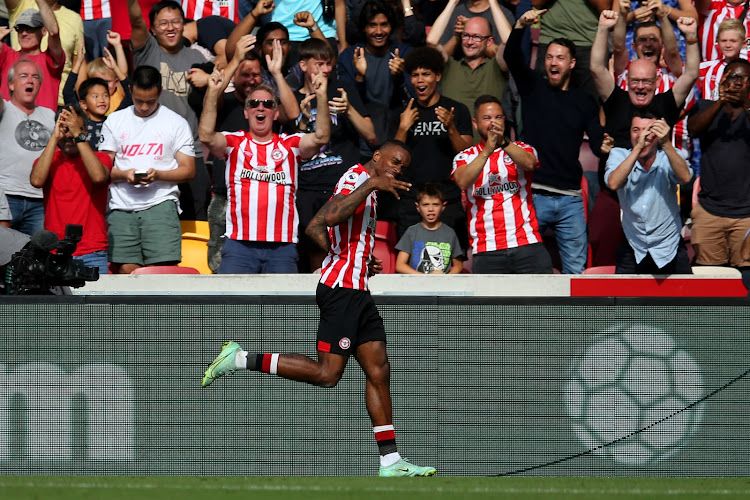 Brentford boss Thomas Frank backed Ivan Toney for an England call-up after the striker passed the 50-goal mark for Brentford in style with a superb hat-trick against Leeds.

Toney opened the scoring with a penalty, awarded after a foul by Luis Sinisterra and a long VAR intervention, then doubled the hosts’ lead with a superb free-kick, and chipped in his third after the break.

“Off the top of my head, looking at strikers on form, Harry Kane is number one but there is not a better striker after Kane on form,” said Frank.

“I don’t see a better one. Plus England have been in a few penalty shootouts and if they want to win one, they need to pick Ivan.”

Sinisterra had made it 2-1 just before half-time, but then came Toney’s hat-trick goal and a red card for Leeds boss Jesse Marsch, who was sent off after urging referee Robert Jones to use the monitor to review a challenge by Aaron Hickey on Crysencio Summerville.

The win lifted Brentford to seventh in the table, while Leeds slipped to ninth after their second successive Premier League defeat, and are still seeking their first victory on the road this season.

Toney’s landmark goal to open the scoring might not have had too many home fans anticipating a record-breaking afternoon for Brentford.

Leeds had been a threat during an entertaining first half, but went behind when Toney brought up his half-century for the club in the 30th minute, placing a powerful spot-kick beyond Illan Meslier after Sinisterra was judged to have fouled the striker following a pitchside monitor check by Jones.

As with his penalty, Toney scarcely took a run-up on his way to sending the free-kick flying into the left-hand corner of Meslier’s net, demonstrating his expert technique and amplifying arguments for his inclusion in the Three Lions’ squad for their Nations League fixtures later this month.

Marsch was baffled by the penalty award and infuriated when Leeds were denied one of their own after an appeal he felt was far stronger. “I’ve got to figure out how to have discussions with the league or with referees to help understand how some decisions get made,” he said.

“I was speaking with the fourth official, trying to be as respectful as I possibly could, even when a penalty was given that I probably didn’t think was a penalty.

“And then you don’t see it reciprocated, the respect. That’s what I would call it. That lack of VAR visit, in the end to me, is a lack of respect.”

Summer signing Sinisterra atoned for his costly foul on Toney with a third goal in three starts for his new club shortly before the break, skipping past Rico Henry after collecting a Ben Mee flick and drilling a composed low finish beyond the advancing David Raya.

Toney punished Leeds to make it three before the hour mark, seizing on a defensive mix-up when Diego Llorente failed to clear with a perfectly weighted chip from outside the penalty area to beat the stranded Meslier and desperately backtracking captain Robin Koch.

Brentford had not scored five times in a top-flight game since 1938, and Frank’s side deserved the club’s largest-ever haul in a Premier League match.

The head coach called Toney “a nightmare to play against”. The man leading their line is brimming with confidence — and Kane is the only Englishman to have matched his five league goals so far this season.

Brentford fight back to set up playoff final against Swansea

Leicester into top half after win over Brentford

Castagne, on his first appearance of 2022 following injury, hit a swerving effort into the top corner from outside the box from Harvey Barnes’ ...
Sports
10 months ago

Mbeumo fired in from Toney’s pass shortly after half-time, before turning provider for his team-mate as Toney headed in after 64 minutes.
Sports
9 months ago
Post a comment
by BBC
Football
05 September 2022 - 00:00
Read The E-Paper