Ten Hag has also found the defenders he trusts and the midfield and forwards he believes will keep United winning before he can bring in more signings.

• Arteta’s main man these days is captain Martin Odegaard and the manager admires his vision, creativity, space awareness and drive.

• Everton’s Frank Lampard is dreading this derby as they have a torrid start to the campaign with just three points from their opening five games. 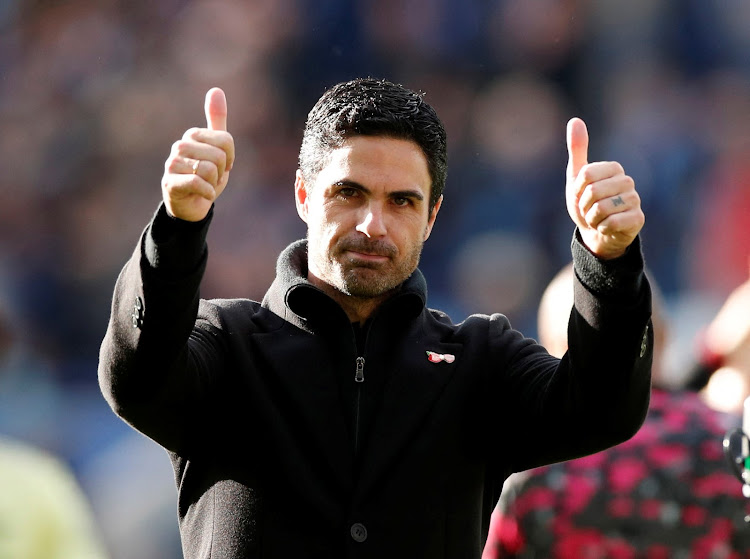 Arsenal manager Mikel Arteta has revealed how he has worked with his players in creating more space, making quality passes and keeping composure.

Compared with last season, the team spirit is also very high. One of the main beneficiaries of this work is Granit Xhaka. Arteta has pushed him further up the field and hopes he will pose a constant threat, taking shots outside the penalty area which will test David de Gea in Manchester United goal this weekend.

Arteta’s main man these days is captain Martin Odegaard and the manager admires his vision, creativity, space awareness and drive. Arsenal suffered in training before the game last weekend with Oleksandr Zinchenko injuring his left knee and Thomas Party hitting his right thigh and Arteta has had to alter his training routine for the first time this season.

Goalkeeper Aaron Ramsdale emphasised that the Gunners are no longer easy to push over.

“We’re aggressive in pushing from the front. There are a lot of ways to show aggression, in tackles, winning headers and constantly pressing. A lot comes from Gabriel Jesus’ energy as he sets the standard,” said Ramsdale.

With William Saliba at centre-back, Ben White at right back along with Takehiro Tomiyasu, Arteta has three defenders available, who average 6ft 3ins. Xhaka and Odegaard are dominating in midfield and holding the team together.

Meanwhile, Erik ten Hag says his United team is now working the way he wants. Jadon Sancho and Tyrell Malacia are playing well together and during practice this week, Casemiro indicated he is likely to replace Scott McTominay.

Ten Hag has also found the defenders he trusts and the midfield and forwards he believes will keep United winning before he can bring in more signings.

Being benched has been a bitter pill for Cristiano Ronaldo to swallow but his problem, at 36 years-of-age, is that he doesn’t do what Ten Hag demands — running tirelessly from end to end, attacking one minute and defending the next whilst constantly setting up counter attacks. Ronaldo will always get games simply because of his incredible scoring record and ability but his stay at United is not going to last.

The arrival of Antony from Ajax Amsterdam could speed his departure. Against a fast-paced Arsenal attack, Ten Hag is thinking of using Raphael Varane, Lisandro Martinez, Malacia and Casemiro. Matching them against Jesus, Odegaard, Bukayo Saka and Gabriel Martinelli will undoubtedly test both teams. 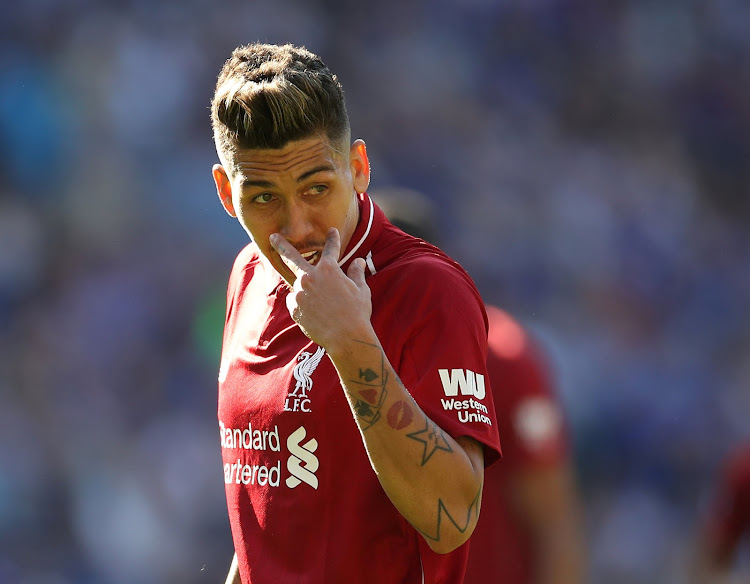 Providing he remains 100 per cent fit Roberto Firmino will keep his place in the Liverpool starting line-up against Everton this weekend. The Brazilian has proved his value after many had forecast that his days at Liverpool were over especially when Sadio Mane left and the lethal trio of Sane, Firmino and Mohamed Salah was broken up.

Jurgen Klopp proved everyone wrong by keeping Firmino as part of his strike force and the Brazilian made three assists and scored twice displaying some excellent skills against Bournemouth. Klopp said: “Firmino’s biggest asset is finding space in which to work and making that final killer pass.”

That will severely test both Conor Coady and James Tarkowski at the back.

I am receiving news from Anfield that a deal has been agreed to bring Jude Bellingham to the north west and he could join as early as next January. Klopp has admitted that he is way behind in the transfer merry-go-round. His injury list has seriously affected the Reds’ start to the season.

Everton’s Frank Lampard is dreading this derby as they have a torrid start to the campaign with just three points from their opening five games.

I fear, the midweek draw at Leeds will not be enough. Lampard will rely on Demarai Gray, Dwight McNeil and Alex Owobi as his strike force but much of his attention this week has been fighting to keep Anthony Gordon. 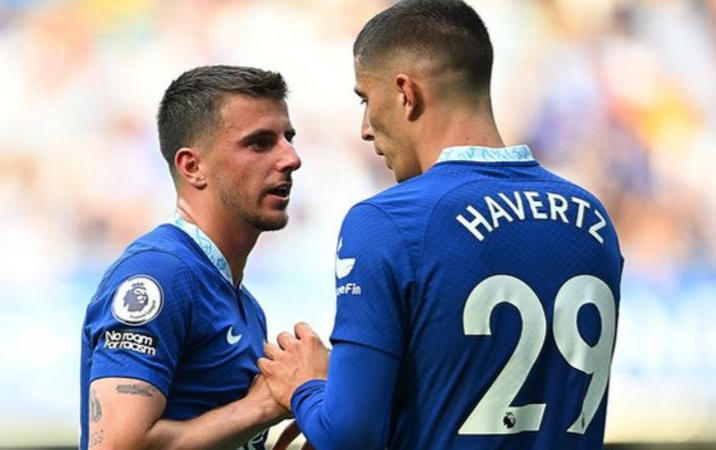 Chelsea currently lack focus and direction. They were exposed in their 2-1 midweek loss to Southampton. Fortunately, Raheem Sterling seems to be hitting top form and scoring goals. Thomas Tuchel said of his forward: “It’s up to us to provide him with opportunities. He is struggling a bit with his confidence and his dribbling but his excellent talent is obvious.”

Tuchel has decided to move Reece James from right-back to wing-back. However, returning to a 4-4-2 formation has given him a headache because he cannot accommodate both James and Cesar Azpilicueta.

Azpilicueta has been stand-out in training but was cruelly exposed in the loss to Southampton and Tuchel cannot ignore that he is looking at a back four to accommodate both players in the team. James was taken ill during the week so the problem went away temporarily.

West Ham’s David Moyes believes his new signing Lucas Paqueta can take the Hammers up to a new level. 25 year-old Paqueta arrives from Lyon and the Brazilian international signed a deal until 2027.

Moyes says Paqueta can bring goal-scoring quality to his frontline after West Ham netted only one goal in four opening matches this season. Moyes said: “He is a proven international at the highest level and once he settles in the Premier League, I think he will make a big difference.” 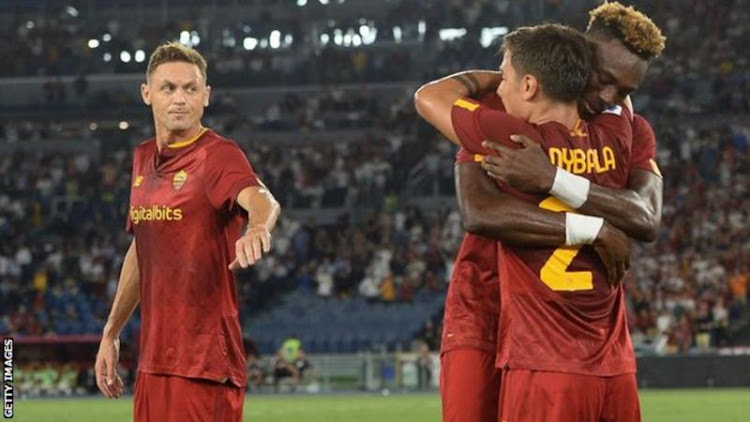 As it to prove Thomas Tuchel wrong, Tammy Abraham’s forced move to Jose Mourinho’s Italian side Roma has been a resounding success. Abraham has scored 28 goals in 56 appearances! Perhaps Tuchel had his striker solution at Stamford Bridge and didn’t realise it after exiting Romelu Lukaku and Timo Werner.

Owner Evangelos Marinakis has ploughed much of his fortune into rebuilding promoted Nottingham Forest, from the proud city which stands on River Trent, and is back in the big league after many years.

Marinakis looked on in pride at the eighteen players who have come through the revolving door at Forest and when they actually get to know each other’s names and walk onto the pitch as a unit this will be a formidable team.

Coach Steve Cooper nearly gave up on signing Morgan Gibbs-White but from the match against Tottenham, I can see why he persisted and got his way. Gibbs-White tormented Spurs and alongside ex-United forward Jesse Lingard and Brennan Johnson, the trio will trouble even the best defenders.

Cooper recognises that Forest lack pace at the back and will attempt to sign yet another player to plug that gap. The midweek 6-0 thrashing by Manchester City highlighted that but it has not dented coach Cooper’s confidence.

As commentators on the match said: “Erling Haaland is going to do this to a lot of teams this season.” The good thing about this Forest team is their ability to keep the ball and possession football is their ultimate weapon. They lost at home to Spurs but it is the home games, with a passionate crowd that will keep the club in the Premier League. 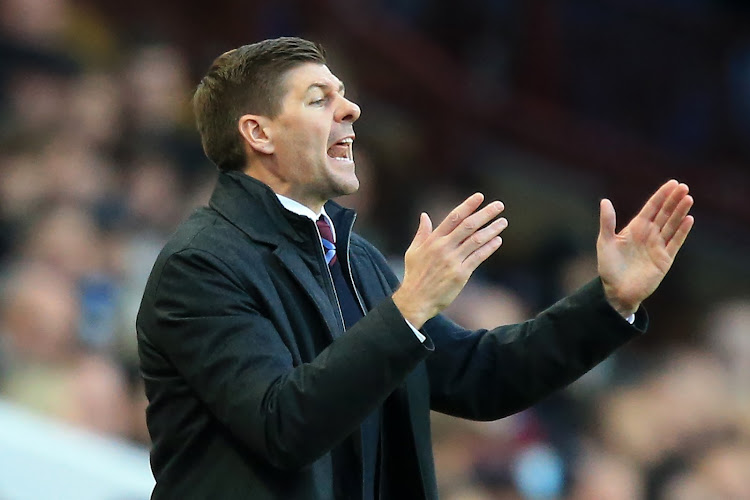 Gerrard booed by his Villa fans

When you have been one of the world’s best midfielders and achieved every accolade under the sun, it must be hard to be booed off the pitch after turning to a career in management. That is what is happening to Aston Villa’s Steven Gerrard.

The fans showed their frustration with yet another loss and this time at home to strugglers West Ham. Gerrard said after the loss: “To lose four out of five is not the start I or the supporters want. We will get things right and when we have our players in their right positions, we will score goals.”

Searching for a reasonable excuse Gerrard said: “Last week against Crystal Palace the performance level wasn’t good enough and against Arsenal in midweek it was a lack of imagination and creative spark but we will get it right.”

It is no fun when opposition fans sing  'you’re getting sacked in the morning' but things look bleak for Gerrard at the moment unless he can turn things around very quickly. The next home match against Manchester City will again be a tough challenge but I am assured that Gerrard’s position as coach is not under threat despite what the fans chant.

Four games, one win and Diego Carlos, now injured with an Achilles problem will be out for several weeks. Robin Olsen and Boubacar Kamara are yet to find their footing in the Premier League, meaning that Villa’s strategy and tactics are not working. Philippe Coutinho is not firing on all cylinders, with just one goal and no assists in his last 16 matches.

The word I am hearing is that Emi Buendia will play again instead of Coutinho with Danny Ings and Ollie Watkins moving out to the wings as their pairing is not working in the centre. Newly signing John McGinn is not performing in midfield. City are confident this will be an easy win.

The sacking of Scott Parker at Bournemouth was a surprise and after speaking to people behind the scenes, it is obvious there was more going on than the 9-0 thrashing by Liverpool.

Scott should never have said publicly that he needed players and that those he has got are not good enough to stay in the Premier League. That made owners of the club very angry and his dismissal statement did not wish him well as is the standard press release but simply said the club plays to standards and a new manager would be appointed.

The problem for them is that Parker is absolutely right and I cannot see how a new manager will save them from relegation this season with basically a lower division team.

Spurs are level on 10 points with champions Manchester City in the top-flight table after winning three of their opening four games.
Sports
3 months ago