• Even though her absence will be felt, Esitoko said he has enough cover in her position to take the team to another level. 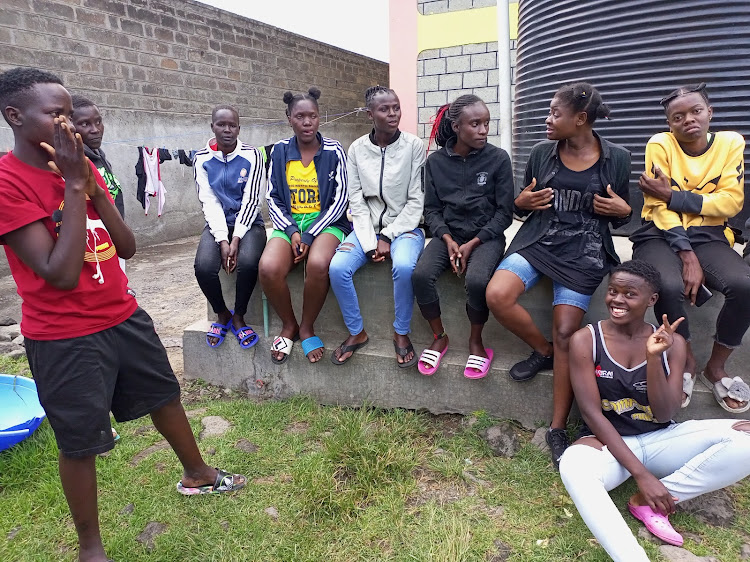 Nakuru Queens FC players while away their time outside the club house in Shabab Estate where they are hosted by team Chief Executive Officer, Bernard Esitoko.
Image: FILE

Nakuru Queens will be without their sensational defender  Peris Oside for the 2022-23 season after completing her dream move to Tanzania's Fountain Gate football club.

The national under-21 captain has been a revelation to the Bernard Esitoko-coached side who returned to training on Monday to fine-tune their preparations for the coming season.

Even though her absence will be felt, Esitoko said he has enough cover in her position to take the team to another level.

"Oside won't be with us for the upcoming season. We have molded her and she's ready for the next step despite her age and ours is to wish her all the best," Esitoko highlighted.

"The mood in training is perfect and everyone is raring to go. There will be no wholesale changes to the playing personnel unless otherwise."

Nakuru finished sixth last season in their second season in the top-flight league. Esitoko has, however, called on the new county government of Nakuru to support the team by alleviating the financial problems bedeviling them.

"We are a self-supporting club and it has been tough sustaining the players. We are optimistic the new leadership will be passionate about sports. We will travel as far as Kilifi to play and we urgently need help."

Elsewhere, Trans-Nzoia Falcons will resume training later this week. Coach Justine Okiring confirmed they are only waiting for the confirmation of national election results to return back at work.

"We are waiting for the current situation to be resolved as soon as possible before we embark on thorough training.  We will assess the squad before we can make further signings with the possibility of outgoings also."

The likes of Bertha Omita (Gaspo) and Linda Kosgei of Nakuru found the going tough when they opted to leave the country.
Sports
1 month ago

Kisumu confident of survival as WPL season ends on Sunday

Nyamunyamu said they won't spare their 'sisters' Bunyore since they are chasing an unbeaten record.
Sports
3 months ago

Despite the setback, coach Joshua Sakwa said they won't tinker with their attacking approach that has enabled the team to register two consecutive ...
Sports
4 months ago
Post a comment
WATCH: The latest videos from the Star
by EVANS OUSURU
Football
16 August 2022 - 05:00
Read The E-Paper