A defining season for Steven Gerrard and Frank Lampard?

The spotlight will be firmly on both for the coming campaign as they look to make their mark, having had their first full pre-seasons at their respective clubs.

• Steven Gerrard versus Lampard was a big draw on the pitch and it is the same now they are in the dugout.

• Both teams lost their openers, with Everton beaten at home by Chelsea and Aston Villa suffering a surprise loss to newly promoted Bournemouth. 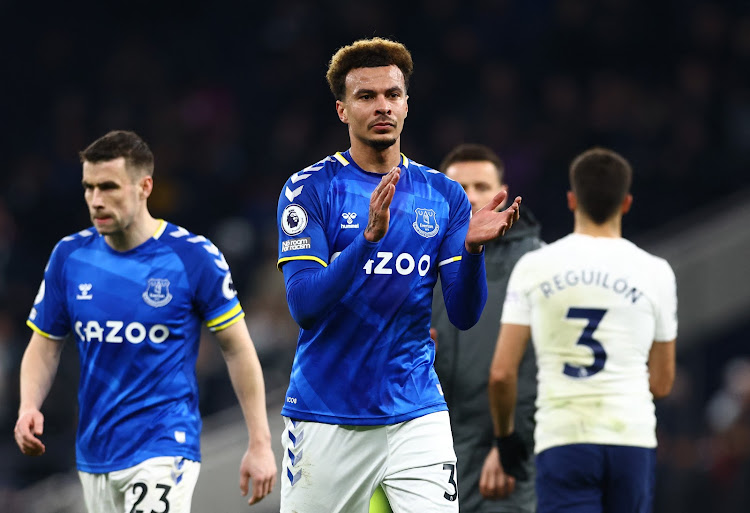 It was a debate that raged for years during their playing days: Who was the better midfielder - Steven Gerrard or Frank Lampard?

Now the discussion focuses on their managerial ability and the two meet in opposition dugouts for the first time on Saturday (12:30 BST) as Gerrard's Villa host Lampard's Everton in the Premier League.

The spotlight will be firmly on both for the coming campaign as they look to make their mark, having had their first full pre-seasons at their respective clubs.

Who has the best managerial record so far and who appears best equipped for the coming season?

Having enjoyed great success in charge of Rangers in Scotland, Gerrard made the move into Premier League management last November, replacing Dean Smith at Villa.

Gerrard made a promising start, winning four of his first six league games, but that form tailed off significantly towards the end of last season as he oversaw just two wins and five losses in their final 10 games.

Villa finished 14th, comfortably clear of relegation but perhaps disappointing for a side with aspirations of finishing closer to the top 10.

"I think with the money invested when he took over from Dean Smith, it was all about getting to the next level and making that next step. They haven't done that. The pressure is on this season."

Lampard, meanwhile, became Everton manager at the end of January, joining a side low on confidence and trying to avoid getting sucked into a relegation battle.

It looked bleak at times for the Toffees but a run of four wins from their final nine games, including victories against Manchester United, Chelsea and a win from 2-0 down against Crystal Palace, secured Premier League survival.

Overall, Lampard has a Premier League win percentage of 32% at Everton, worse than Gerrard's record although he did come into much tougher circumstances.

Including his time in charge of Chelsea, Lampard's win percentage as a Premier League manager is 45%. Before taking the Chelsea job, his first managerial role was in the Championship at Derby County, who finished sixth in 2018-19 and lost in the play-off final to Villa.

"Although I personally wouldn't see it that way, this will be a career-defining season in some people's eyes," former Everton winger Pat Nevin told BBC Sport.

"With most managers it is not necessarily about how good the manager is, it is about the job and Everton is a tough job.

"It is hard to get players to go to Everton, it hurts me as an Evertonian to say that but if Newcastle are in, Manchester City are in, Liverpool are in, then you are not going to get those players.

"In some ways, what he learned at Derby could be more important than at Chelsea in terms of getting the right players in.

"'Defining season' is an easy headline but I would say it is a massively important one."

Have they been backed in the transfer market?

Gerrard pulled off a bit of coup by bringing his former Liverpool team-mate Philippe Coutinho in on loan last season and this summer Villa secured the Brazilian playmaker's permanent signing from Barcelona.

Coutinho scored four goals and provided three assists and will no doubt be a key player for the club this season.

Having just staved off relegation last season, Lampard targeted his defence as the area to improve over the summer.

Established Premier League centre-backs James Tarkowski and Conor Coady have come in from Burnley and Wolves respectively, the latter on a season-long loan, while ex-Wolves defender Ruben Vinagre has joined on loan from Sporting Lisbon.

Forward Dwight McNeil has also arrived from the relegated Clarets while £33m was spent to recruit 20-year-old Belgium midfielder Amadou Onana from Lille.

How did their opening games go

Both teams lost their openers, with Everton beaten at home by Chelsea and Aston Villa suffering a surprise loss to newly promoted Bournemouth.

That defeat by the Cherries raised a few eyebrows but one of the big talking points from the game was Gerrard's decision to drop England international Tyrone Mings from the starting XI, having also stripped him of the captaincy.

It is a bold move that some fear could disrupt the dressing room at Villa Park.

"Mings is well loved in the dressing room by all accounts and Villa fans seem to love him as well. It is not like Gerrard to sort of throw him under the bus a bit there."

Everton 0-1 Chelsea: Frank Lampard says penalty was the only difference

Everton's defeat, meanwhile, marked the first time the Toffees had lost their opening day fixture since 2011 but there were signs of encouragement.

Tarkowski stood out on his debut as Lampard's side looked defensively solid, with Chelsea needing a Jorginho penalty to secure the three points.

However, Everton's attack did look lightweight.

Without the injured Dominic Calvert-Lewin and with Richarlison sold, Lampard's options were limited and he played without a conventional striker. It will be an area he will likely want to address before the transfer window closes.

A defining season for both?

It is far too early for the outcome of Saturday's match to provide much of an indicator of what type of season Gerrard and Lampard are going to have.

But with both having now had the time to stamp their authority on their respective clubs, it is likely going to be an important campaign in determining the shape of the rest of their managerial careers.

Who do you think will have the better season? Have your say below.

Everton’s failure to act was punished when Calvert-Lewin suffered a knee injury in training days before the start of the season that rules him out ...
Sports
1 month ago

Dwight McNeil progressed through the Burnley Academy before making his senior debut in May 2018
Sports
2 months ago
Post a comment
WATCH: The latest videos from the Star
by BBC
Football
12 August 2022 - 21:00
Read The E-Paper