The Group A opener was due to be played on November 21, as the third match of the competition.

• However, the administrative arm of world governing body Fifa has submitted a proposal to move the Qatar game.

• The final decision will be made by the bureau of the Fifa council, which comprises the six confederation presidents, plus Fifa president Gianni Infantino. 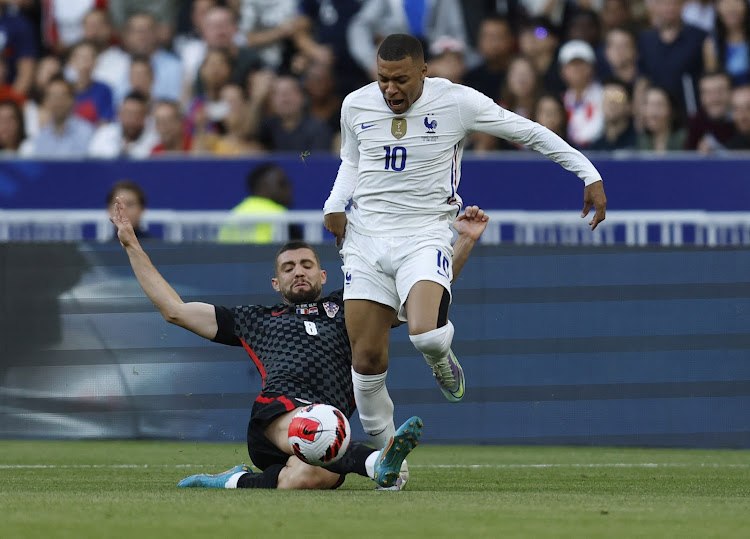 The World Cup is set to start one day earlier than planned on November 20 with hosts Qatar taking on Ecuador.

The Group A opener was due to be played on November 21, as the third match of the competition.

The opening match of the tournament was to be Senegal v the Netherlands, earlier on November 21.

However, the administrative arm of world governing body Fifa has submitted a proposal to move the Qatar game.

It followed discussions with Qatar and their opponents Ecuador, after receiving a request from the South American Confederation Conmebol.

It fits in with the tradition of either the hosts or the holders being involved in the opening game.

The final decision will be made by the bureau of the Fifa council, which comprises the six confederation presidents, plus Fifa president Gianni Infantino.

If it is approved as expected, it would not change the release dates for players, and the Netherlands v Senegal match would be switched to Monday, given only three games would be played instead of the present four.

England’s Group B match against Iran, which is being played on November 21, would be unaffected.

Meanwhile, Arsenal midfielder Granit Xhaka says he was not planning to “wear the shirt any more” before a meeting with Mikel Arteta persuaded him to stay at the club.

In October 2019, Xhaka was substituted by then-Gunners boss Unai Emery during a match against Crystal Palace to jeers from his own fans. He was Arsenal captain then and reacted angrily to noise from the crowd by waving and cupping his ear sarcastically, exchanging words before taking off his shirt and going straight down the tunnel.

Speaking to BBC Sport about the Arsenal documentary - All or Nothing, which followed the club last season - Xhaka said he had made up his mind to leave.

“He [Arteta] is the reason why I’m still at this football club,” added the 29-year-old. “All of the club knows why I am still here, because three years ago I was gone.

“My suitcases were packed and finished, but I had a meeting with Mikel when he came. He wanted to hear my opinion about what had happened and I explained to him.

“I remember it exactly. I told him, ‘It has nothing to do with you’, because I didn’t know him and I never played with him. Obviously I knew his name, but not the person, and I said, ‘I’m gone, I can’t wear the shirt any more’.

“He said, ‘Give me a chance for six months and if you are still not happy after six months, I’m the guy who will help you, not to run away, but you can leave’.

“I didn’t speak with family, with nobody, and normally I don’t do that. But I said, ‘OK Mikel, I will stay for you’, and I’m still here.”

Xhaka is now a part of an exciting group of players at Arsenal and started their first game of the season in the 2-0 win over, coincidentally, Crystal Palace.

The Switzerland international is now one of the senior players in the squad and also one of the longest serving, having joined from Borussia Monchengladbach in 2016.

“With Rob Holding and Hector [Bellerin], I think I’m the only guy here from six or seven years ago - everyone else is new here,” added Xhaka.

“On one side, that makes me very proud. On the other side, you have to know the other players as well.

“We are building something very special here, with the project with Mikel.

“It’s a shame I only have two years more on my contract. Let’s see what happens after two years, but I am seeing a big, big future for this club.”

All World Cup ticketholders must apply for the Hayya card used to identify fans, which also serves as their entry visa for Qatar.
Sports
3 months ago

“It is a chastening night,” said Southgate. “We have not lost many football matches and when you lose so heavily, at home especially, with England ...
Sports
3 months ago

From Kenyan refugee camp to World Cup, Mabil thanks Australia

“I knew I was going to score. It was the only way to say thank you to Australia, from me and my family,” the 26-year-old told reporters from Qatar.
Sports
3 months ago

“My style is man management and getting the best out of players and doing things face-to-face,” he told reporters.
Sports
3 months ago
Post a comment
WATCH: The latest videos from the Star
by BBC
Football
11 August 2022 - 00:00
Read The E-Paper