Mukangula said playing on the continental stage is every player's ultimate dream and Kenya's exclusion from CAF competitions had taken away the vibrancy in KPL.

• Mukangula urged the government and the Football Kenya Federation  Transition Committee to expedite the process of seeking a lasting solution to the impasse. 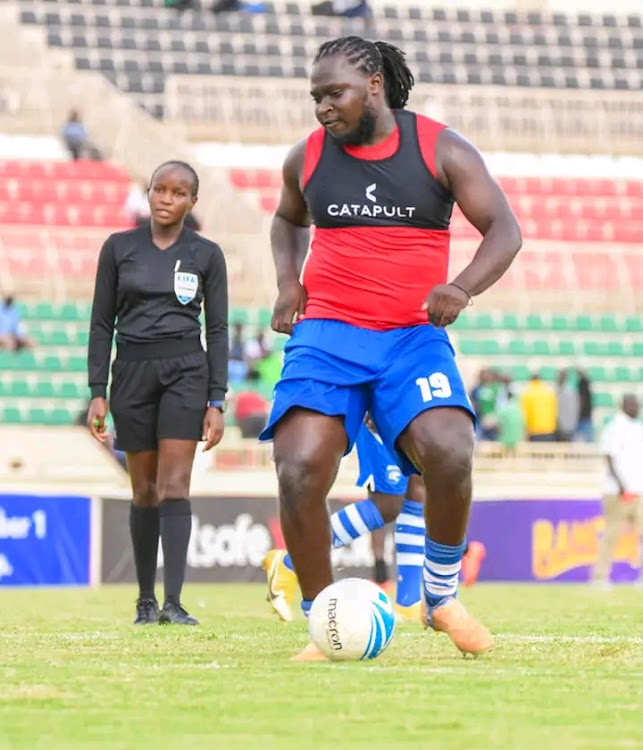 Mukangula said plying trade on the continental stage is every player's ultimate dream and the exclusion of the country from continental showpieces had taken away the vibrancy of competition.

“The situation is discouraging. Any player would want to feature on the international stage for exposure,” Mukangula said.

The Kamukunji High School alumnus added that the thought of starring on the continental had always steered topflight players to greater heights and made the league even more exciting and competitive.

“It also removes all the flavour from the Kenyan Premier League. I mean, what is left to compete for if at the end of the day we remain at home as other clubs battle for continental titles? posed Mukangula.

Mukangula urged the government and the Football Kenya Federation  Transition Committee to expedite the process of seeking a lasting solution to the impasse.

“The relevant authorities should put their house to ensure we get ourselves out of this whole mess as soon as possible,” he said.

Mukangula said they had already embarked on intense preparations ahead of the start of the new season on August 27.

“The morale in our camp is amazing and we are all looking forward to a brilliant season,” Mukangula said.

He, however, said it wouldn't be wise to dream of a title in the coming season until the club makes the necessary adjustments.

“I wouldn't want to set the bar extremely high. Honestly, for us to win titles we need to restructure the team before we can dream of attacking such heights but we are positive we shall do better than last season,” Mukangula said.

On July 30, Leopards unveiled gaming firm Betika as their new shirt sponsor in a partnership agreement worth Sh195 million meant to last for the next three years, effective August 1.

Despite the huge financial muscle they now possess, Leopards are unable to plunge resources into the ongoing transfer market for quality players.

This is a result of the existing transfer embargo imposed by Fifa last season after the club failed to meet financial obligations for former players and coaches.

The club cracked a top-ten finish in the preceding season despite the torrid start to their campaign.

He extolled the Committee for hosting the clubs, describing the meeting as a departure from past practices.
Sports
2 months ago

Shikanda said the arrival of Betika was bound to alleviate the grave financial constraints they have contended with in recent days.
Sports
2 months ago

The 13-time Kenyan Premier League champions celebrated their last top-flight title in 1998.
Sports
2 months ago
Post a comment
WATCH: The latest videos from the Star
by TONY MBALLA
Football
11 August 2022 - 00:00
Read The E-Paper