There were not many of those signs at Old Trafford, however. Instead, it felt like there were a lot of crossed wires in Ten Hag’s first game in charge.

• You have got to be careful not to get carried away when you analyse any side on the opening weekend of the season, especially when it is the manager’s first game with his new team.

• Depending on what happens with Cristiano Ronaldo, who is not fully fit but came off the bench in the second half on Sunday, they could need a new striker too. 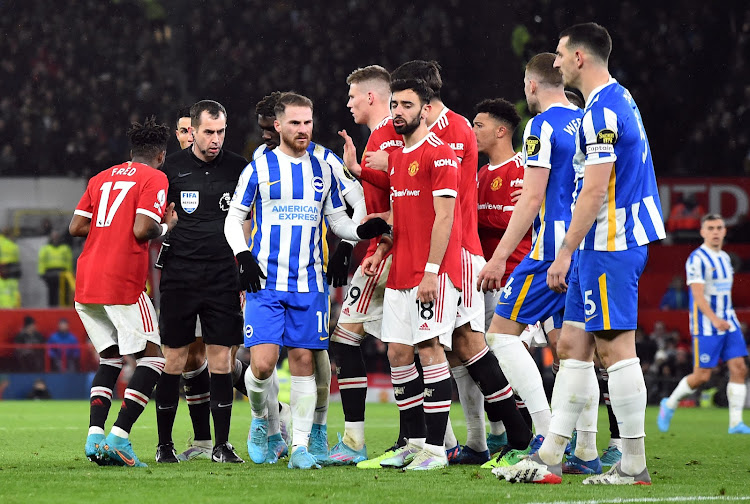 New season, same old Manchester United — and few clues about what will happen next.

The result was bad and the performance was disappointing but, for United fans, the worst part about Sunday’s 2-1 defeat by Brighton was that there wasn’t much of an indicator of the change that is coming under Erik ten Hag.

You have got to be careful not to get carried away when you analyse any side on the opening weekend of the season, especially when it is the manager’s first game with his new team.

I am a big believer that even the best managers with the best ideas take time to implement them successfully in the Premier League. But, in United’s scenario, fans would normally want to see what their new boss has been working on and get an idea of the kind of style of play he wants to implement.

If things don’t go right on the pitch immediately, you are more forgiving, but you would still expect to see some signs of how it will all come together, when everything does bed in.

There were not many of those signs at Old Trafford, however. Instead, it felt like there were a lot of crossed wires in Ten Hag’s first game in charge.

This was meant to be a fresh start for United but the goals they conceded against the Seagulls were a reminder of why they were so bad last season, when they were too easy to play through and left the opposition too much space.

But even without considering what went wrong each time Pascal Gross scored, overall there did not seem to be a clear idea of what United were trying to do.

United began to doubt themselves

You have to give Brighton credit here too, of course. Graham Potter’s side are a good side who are comfortable in the way they play, and they pressed United extremely well. There were times early in the game when United tried to play out from the back, but they quickly lost their confidence when they lost the ball.

They began to doubt themselves and started going long even though they did not have a centre-forward to hit. I am sure Ten Hag wanted them to play out more but they lost their way and going behind just made things even worse.

At 2-0 down they were left with a mountain to climb and although they did much better in the second half, when Christian Eriksen dropped deeper and got on the ball, it is hard to argue they deserved anything from the game.

United need a link-man — and a new striker too?

You could see why Ten Hag is trying so hard to sign Frenkie de Jong from Barcelona.

He obviously wants someone at the base of his midfield who is comfortable getting the ball off the defenders and linking play.

Depending on what happens with Cristiano Ronaldo, who is not fully fit but came off the bench in the second half on Sunday, they could need a new striker too.

Whichever way United play, they need a focal point for their attack, and they did not have that against Brighton. So, there could be a few new faces arriving at Old Trafford before the end of the transfer window, but let’s not forget Ten Hag is still learning about his current squad too.

Ten Hag needs to work out who he trusts

Ten Hag will have found out more about his players during these 90 minutes on Sunday than he did in the 40 days he worked with them beforehand. There are several ways pre-season games are completely different to playing a competitive match in the Premier League. Dealing with pressure is just one of them.

I am really happy Ronaldo is here — Ten Hag

If, say, you have a manager like Ten Hag who wants to build from the back then you will do it with much more confidence in a friendly because you know mistakes don’t really matter.

When you play a mis-placed pass inside your own half in front of 70,000 of your own fans at Old Trafford, it is very different. It takes a heck of a lot more courage to keep on doing it.

So, while Ten Hag will have seen things from his squad over the summer, he is only starting to see the true character of his players now the season has started for real. He is going to need some time to work out who he really trusts, and who he doesn’t — let alone bed in any new signings that happen later this month.

Ten Hag needs time — and his own signings

Everyone wants improvement overnight, especially United fans who have been starved of success for a long time, but the reality is that is not going to happen at Old Trafford.

Nine of the United team who started against Brighton were at the club last season, when their results were poor, so you cannot really expect a great or instant change in fortunes with so many of the same personnel.

There was a lack of intelligence in United’s play against Brighton, but also a strange lack of energy at times, which I could not quite work out because some of them are playing for their futures.

So, while this goes down as a far from ideal start for Ten Hag, it just made it even clearer that he is going to have to be able to bring more new signings in.

You have got to give Ten Hag time to implement his ideas, and let him bring in some of his own players to make them work.

Ten Hag has started to impose his personality on the club, to the extent of ousting some of the 'prawn-sandwich brigade' from their corporate ...
Sports
1 month ago

Can Mitrovic replicate his scoring feats in Premier League?

In 2020-21 the Fulham and Serbia striker endured miserable lows for club and country.
Sports
2 months ago

Telles has been squeezed at United after the arrival of new boss Erik ten Hag’s first signing, Tyrell Malacia.
Sports
2 months ago
Post a comment
WATCH: The latest videos from the Star
by DANNY MURPHY and Column
Football
09 August 2022 - 00:00
Read The E-Paper