• “We have to listen to those who are being expected to deliver, entertain and inspire,” said Connor.

• Connor is likely to be in the interim role until at least the autumn and has not ruled out applying for the job full-time. 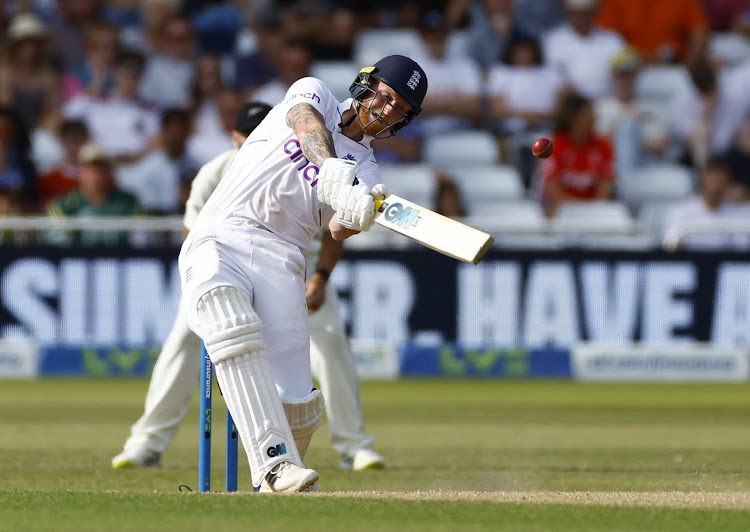 England's Ben Stokes during a past match
Image: FILE

Ben Stokes’ warning over the schedule demands on top players has “absolutely” been heard, according to interim England and Wales Cricket Board chief executive Clare Connor.

England Test captain Stokes retired from one-day internationals last month, partly over the relentless schedule. He and Jonny Bairstow have also opted out of The Hundred in order to rest.

“We have to listen to those who are being expected to deliver, entertain and inspire,” said Connor.

The former England women’s captain temporarily stepped up from her role as the ECB’s managing director of women’s cricket in June when Tom Harrison left his post as chief executive.

Connor is likely to be in the interim role until at least the autumn and has not ruled out applying for the job full-time. Separately, a new chair of the board is set to be appointed imminently.

In a wide-ranging interview, Connor told BBC Sport: “It is a “huge blow” for The Hundred to be missing Stokes and Bairstow, the 'healing' process following the racism scandal has begun, English cricket should brace itself for more discomfort from an independent report into equity in the game — due later this year, the women’s T20 competition in the Commonwealth Games will paint a 'favourable picture' for cricket’s bid to be included in the Olympics and 'unpopular' decisions may have to be taken over the domestic structure in order to benefit the England men’s teams."

After announcing his retirement from ODIs, Stokes said: “There is too much cricket rammed in for people to play all three formats now.

“We are not cars, you can’t just fill us up and we’ll go out there and be ready to be fuelled up again.”

Connor, who won more than 100 caps for England, said she does not have “all the answers” for easing the packed calendar, but does understand the need to limit what is being asked of players.

“We have listened closely to what Ben has said,” she said. “It’s something that we have got to grapple with — that’s us with players, other boards, the International Cricket Council and the Professional Cricketers’ Association.

“The players are at the heart of what we need to do to take the game forward. Without them, we don’t have a game that has got the wow factor to inspire.”

Though Connor acknowledged the detrimental absences of Stokes and international team-mate Bairstow, along with injured England captain Heather Knight from the women’s tournament, she said the competition will not suffer from “second-season syndrome”.

Connor pointed to ticket sales that had reached 500,000 before the tournament started, only 10,000 short of the total sold for last year’s inaugural event.

“The whole game should have confidence we’re in for another brilliant month of 100-ball cricket,” she said.

Connor has taken over as chief executive following a year when English cricket was engulfed by allegations of racism from former Yorkshire spinner Azeem Rafiq and others.

Rafiq labelled the English game “institutionally racist”, while a parliamentary report recommended public funding should be withheld unless “continuous, demonstrable progress” on eradicating “deep-seated racism” was made.

In response, in November the ECB published a five-point plan, including “12 tangible actions” aimed at tackling discrimination and racism.

“The game came together and said sorry to the people it had let down,” said Connor. “We aren’t where we need to be but we are making really good progress.

“I think the healing has started. We completely recognise that we aren’t yet the modern, inclusive sport that we need to be for everybody to feel welcome in it.

“It’s about cricket being a game for everyone, becoming gender balanced, serving communities that it has let down in the past.”

In June, Yorkshire and a number of individuals were charged by the ECB in relation to the allegations of racism at the club.

One of those charged, former coach Andrew Gale, has said he will not engage with the process, has not been interviewed by the ECB and has had his “life defined by unsubstantiated allegations”.

However, Connor said “categorically” that the disciplinary process, led by the independent Cricket Disciplinary Commission, has been fair to all parties.

“I am under no illusion about the well-being challenge this is presenting to many people,” said Connor.

“I am completely confident it is robust, fair and will reach a conclusion that we need to reach in order to move on.”

Separately from the racism investigation, the Independent Commission for Equity in Cricket is due to publish a report later this year.

“I don’t think we should be under illusions that the game probably has got another period of discomfort to accept and grow from,” added Connor.

“What they tell us I trust will be a fair picture of our reality and the truth in where cricket still needs to improve. We have to embrace that.”

“I know I don’t look like an athlete but that doesn’t mean I can’t do my job,” Lee told the BBC World Service’s Stumped podcast.
Sports
1 week ago

A T20 Champions Trophy will be hosted in Sri Lanka in February 2027, subject to them qualifying.
Sports
2 weeks ago

But when the England all-rounder wearily walked off at the change of innings, few in the ground had sentimentality on their mind.
Sports
3 weeks ago

‘We’re not cars’ — Stokes hits out at schedule

England all-rounder says his ODI retirement should be a wake-up call for authorities.
Sports
3 weeks ago
by Stephan Shemilt
Football
06 August 2022 - 00:00