Players have been taking a knee before kick-off since the league restarted in June 2020 following the initial shutdown due to the Covid pandemic.

• Many players now feel taking a knee has lost its impact in terms of pushing the anti-racism message.

• The Premier League has pledged to follow the players' lead on the issue, with an announcement likely before Palace's encounter with Arsenal at Selhurst Park on Friday. 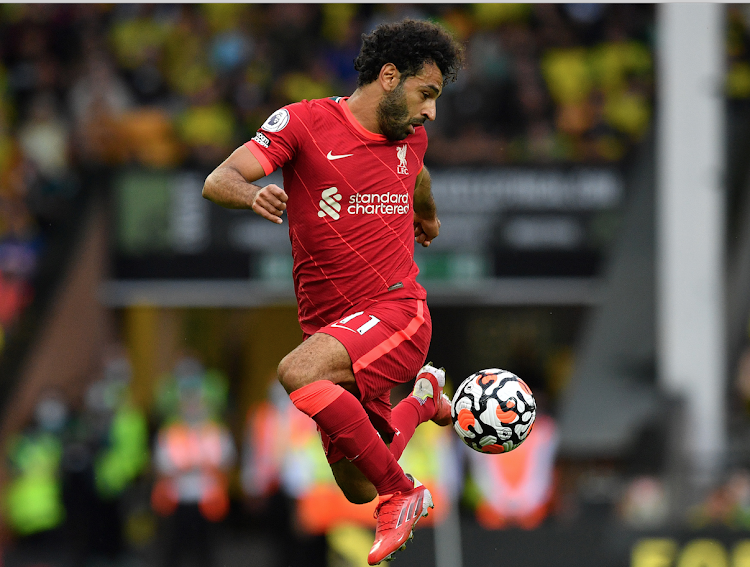 Liverpool's Mohamed Salah controls the ball in a past match
Image: REUTERS

Premier League captains are in talks over the future of the pre-match anti-racism gesture of taking a knee before the new season begins on Friday.

The captains have already held one meeting on the subject without reaching a resolution.

Another will take place when they have consulted with their team-mates.

Players have been taking a knee before kick-off since the league restarted in June 2020 following the initial shutdown due to the Covid pandemic.

However, Crystal Palace forward Wilfried Zaha stopped in February 2021, saying at the time that "at the moment it doesn't matter whether we kneel or stand, some of us still continue to receive abuse".

Many players now feel taking a knee has lost its impact in terms of pushing the anti-racism message.

The Premier League has pledged to follow the players' lead on the issue, with an announcement likely before Palace's encounter with Arsenal at Selhurst Park on Friday.

Amid a worrying rise in incidents involving fans bringing flares and smoke bombs into stadiums, Premier League clubs have pledged a clampdown on them.

This will initially involve enhanced searches outside stadiums and the use of sniffer dogs, although judging by the flares that were let off during the Community Shield match between Manchester City and Liverpool at Leicester on Saturday and by visiting Rayo Vallecano fans during their friendly draw with Manchester United 24 hours later, it may not be enough.

"We saw some quite serious incidents across the game at the end of last season. We need to stop that and push it back to make sure it doesn't get out of control.

"We hope to see things improving by our shareholders' meeting in September but it will take time."

Masters accepts there were "genuine concerns" a purchase would not be completed by the government's deadline of the end of May, although Boehly did meet it.

However, it does raise further questions about the effectiveness of the Premier League's owners' and directors' test - which assesses the suitability of those seeking to buy or help run a club.

"It is difficult to say with hindsight that it [the Abramovich era] has all been good given what has transpired over the last six to nine months," Masters said.

"There wasn't an O&D test when Roman Abramovich took over ownership of Chelsea. Had there been, you have to ask would it have happened and if so, what safeguards would you bring in the future?"

Masters also confirmed that within discussions about club ownerships, there was talk about leveraged buyouts - controversially used by the Glazer family to buy Manchester United and by Alan Pace to buy Burnley - and specifically around how much of a deal it could be used for.

Masters also confirmed the Premier League is committed to retaining the EFL Cup beyond 2024, despite the squeeze on the calendar caused by the increase in Champions League fixtures.

It is thought a number of leading clubs are concerned about the number of matches they will have to play.

However, Masters says the bulk of the 20 teams remain in favour of continuing the competition.

He said: "The League Cup is a vibrant competition, with a final at Wembley and a European place for the winner. We have to find a calendar solution to it.

"I am not saying these challenges are easy or there is an obvious answer. But we are not starting with a defeatist attitude that these things cannot be resolved.

"We have two cup competitions and the EFL Trophy. Those things should remain intact if at all possible."

City won the League title after a 3-2 win over Aston Villa.
Sports
2 months ago

How Man City, Liverpool are shaping up for EPL title fight

Tuchel is worried about his defence now that Rudiger and Christensen have gone.
Sports
2 weeks ago
by BBC
Football
02 August 2022 - 21:00