McKinstry replaces German tactician Andreas Spier who left at the end of the season after steering K'Ogalo to a top-four finish in the country's topflight league.

•The 37-year-old who holds a Uefa Pro Licence is returning to East Africa for the third time having also previously handled the Uganda and Rwanda national teams.

•He will replace German tactician Andreas Spier who left at the end of the season after steering K'Ogalo to a top-four finish in the country's topflight league. 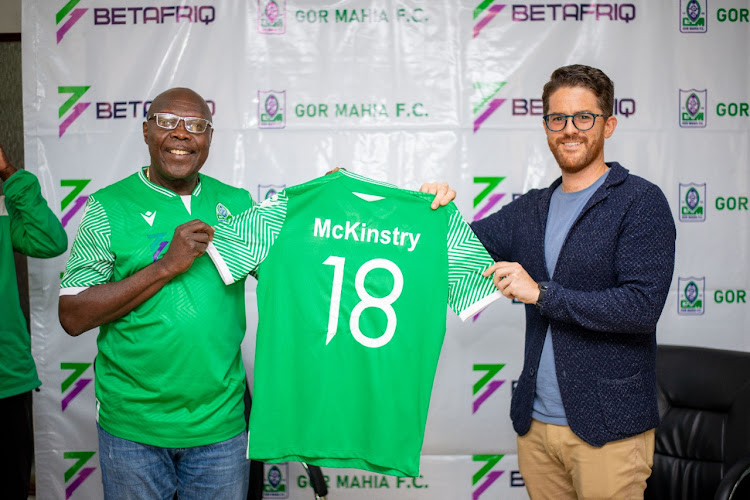 McKinstry replaces German tactician Andreas Spier who left at the end of the season after steering K'Ogalo to a top-four finish in the country's topflight league.

“We are pleased to announce Jonathan McKinistry as our new coach,” club chairman Ambrose Rachier confirmed while unveiling the tactician on Friday.

The development came hours after club captain Philemon Otieno confirmed that the former Uganda Cranes head coach was on his way to Nairobi.

“Yes, McKinstry is expected in the country tonight and, hopefully, he will link up with the club for our training session on Monday if all goes according to plan,” Otieno said on Thursday evening.

The 37-year-old holder of the Uefa Pro Licence is returning to East Africa for the third time having also previously handled Uganda and Rwanda national teams.

He parted ways with the Uganda Cranes coach in April 2021 after 18 months at the helm.

McKinstry guided the Cranes to 12 wins, three draws, and three defeats during his reign and rose to the limelight after firing the East African nation to the Cecafa 2019 title.

He was, however, asked to step aside ahead of two Africa Cup of Nations (AFCON) qualifiers against Burkina Faso and Malawi following Uganda’s poor performance in the 2021 Africa Nations Championship (CHAN) where they failed to win a single game.

He served as the Rwanda national team coach following his appointment in March 2015, guiding the nation to their first away win in four years with a 1–0 victory over Mozambique in the opening round of the 2017 African Nations Cup qualifiers.

In January 2016, McKinstry led Rwanda to the knock-out stages of a major competition for the first time in their history when he guided them to first place in Group A of the 2016 edition of the CAF African Nations Championship and qualification for the quarterfinals.

They were, however, bundled out of the competition after crashing 2-1 to eventual champions, DR Congo.

Under his watch, Rwanda recorded their biggest win in the Africa Cup of Nations when they thumped Mauritius 5–0 in Kigali. Despite having only signed a new two-year contract five months earlier, McKinstry was dismissed as head coach in August 2016.

Before his stint with the East African nation, he had served as the Sierra Leone coach between April 2013 and September 2014, where he made history as the youngest manager ever to have handled a national team, aged 27.

He similarly boasts a wealth of club-level experience, having handled  FK Kauno Žalgiris A-Lyga in Lithuania for a season before moving to SAIF Sporting Club in Bangladesh from November 2018 to September 2019.