Five stars arrive at Bandari ahead of new season

Headlining the list of the new arrivals is former Kariobangi Sharks marksman Felix Oluoch who narrowly missed out on the Golden Boot gong in the preceding season.

•Following Oluoch to the coastal side former teammate Douglas Mokaya.

•The midfielder, who endeared himself to local football enthusiasts owing to the scintillating tricks he pulls off on opponents with his lethal, has vowed to enrich the dockers' cabinet with titles. 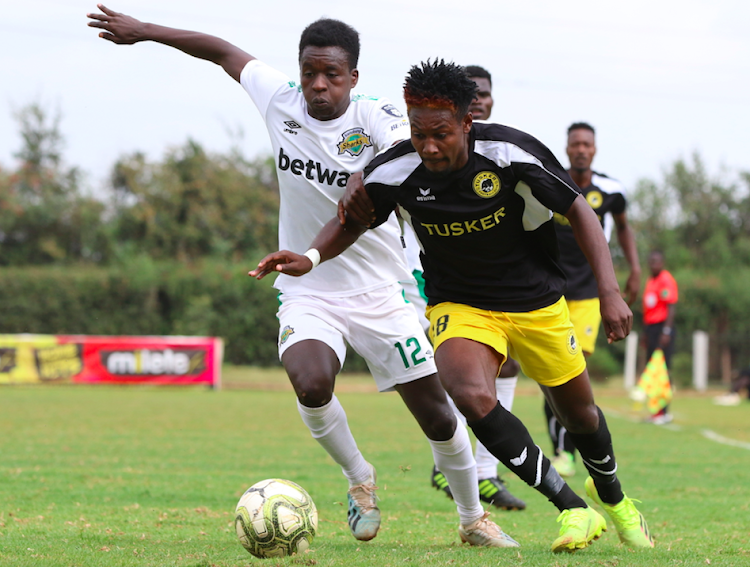 Mombasa - based Kenyan Premier League club, Bandari, have beefed up their camp with five new signings ahead of the upcoming season.

Headlining the list of the new arrivals is former Kariobangi Sharks' marksman Felix Oluoch who narrowly missed out on the Golden Boot gong in the preceding season.

The illustrious forward's splendid run fired him to a third-place finish on the top scorers' chart with 13 goals.

He fell slightly behind KCB's Derrick Otanga and Kenya Police's Clifton Miheso who struck the back of the net 16 and 15 times respectively.

“I'm so happy I've joined Bandari. We had some fruitful discussions with head coach Anthony Kimani and he made his expectations very clear to me,” Oluoch told the club's official portal after penning a three-year deal.

“Exit. Passionate goal poacher Felix Oluoch is saying goodbye to the club. Since joining in 2021, he featured 24 times and scored 12 goals. Thank you and good luck in your next destination.”

Oluoch insists he is ready to brush aside the agony of the preceding season, where the cruel hands of fate denied him a rare moment of glory.

He had been wolfing down goals at whim before a career-threatening injury jolted his lofty ambitions with only 10 games left to conclude the season.

His dreams of maiden Golden Boot accolades were nipped in the bud when he suffered a major setback on May 5.

On that fateful day, the vibrant forward was stretchered off after collecting a lateral ankle ligament sprain in their barren draw against record champions Gor Mahia at Thika Stadium.

Following Oluoch to the coastal side is none other than his equally talented former teammate Douglas Mokaya.

The left-footed midfielder, who has endeared himself to local football enthusiasts due to the scintillating tricks he pulls off on opponents, has vowed to enrich the dockers' cabinet with more titles.

“I feel at home at last. I have always dreamed of playing for Bandari. I'm here to ensure we meet our targets,” Mokaya said.

Mokaya will be joined in the midfield by enterprising playmaker Fidel Origa who experienced a resplendent season at Wazito.

“I'm delighted to be part of this great club. I will put in a lot of effort to ensure we enjoy a successful season,” Origa said.

“I have fulfilled my lifetime dream of featuring for Bandari. I'm eager to link up with the rest of the team in training so that we can start planning how to bring the titles home,” Somobwana said.