• Palace have said some players were not fit and others did not meet entry requirements for the countries “when travel arrangements were made”.

• “It is not the ideal situation for a manager to have so many players behind,” said Vieira, before Tuesday’s match with Manchester United at the Melbourne Cricket Ground. 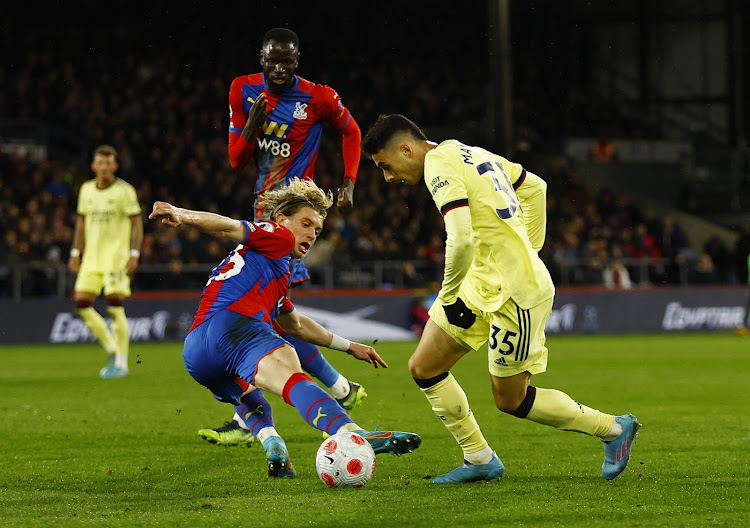 Crystal Palace boss Patrick Vieira says it is “not ideal” so many senior players are absent from his club’s tour of Singapore and Australia.

Palace have said some players were not fit and others did not meet entry requirements for the countries “when travel arrangements were made”.

Vieira said he would not discuss the players’ Covid-19 vaccination status.

Travellers entering Singapore, where Palace played Liverpool on Friday, have to be fully vaccinated. Similar restrictions for Australia were lifted earlier this month.

“It is not the ideal situation for a manager to have so many players behind,” said Vieira, before Tuesday’s match with Manchester United at the Melbourne Cricket Ground.

“It is important to understand players have stayed behind for different reasons. We are not going to talk about the private situation of players and whether they are vaccinated or not. Some players stayed behind because they needed to have more training and play more games.”

Zaha, Eze, Benteke and Guehi, plus others including Michael Olise and Jeffrey Schlupp, played some part in Saturday’s friendly with Ipswich at the Palace training ground, which was overseen by Vieira’s assistant Osian Roberts.

Vieira added: “It is difficult. It hasn’t allowed us to play games together and work on a tactical basis together. It will take a couple of games before the team starts to gel.”

But he added the experience of the tour for the squad’s younger players was “unbelievable for them”, adding: “Some of the young players never went outside of Europe. Now they may play United in front of 75,000/80,000 people.

“That is an excitement for them. We will learn a lot from them. We have some senior players here who need to play games.”

The lawyer of Mali midfielder Cheick Doucoure, Palace’s new signing from Lens, has alleged his client has been the victim of attempted blackmail and extortion following his move to London.

Commenting on the claims, Vieira said: “I am aware. I spoke to him and the lawyer as well. Myself and the club fully support the player. That was a strong statement from the lawyer. It is something he, the player and us as a club that we don’t accept.”

Vieira’s first season at Selhurst Park was largely viewed as a positive, even though Palace finished in mid-table, as they have mostly done in the nine years since they returned to the top flight in 2013.

In addition to Doucoure, they have signed England keeper Sam Johnstone and forward Malcolm Ebiowei from Derby this summer.

But with midfielder Conor Gallagher returning to Chelsea after his loan spell ended, Vieira still feels he is short in a couple of departments.

“What is important is to try and improve from last year in the way we want to play the game,” he said.

“One of the ways of doing that is to improve the squad. We are still short in the number of players we have. Hopefully we will make a couple of signings that will help us to be more ambitious.”

Gallagher’s performances for Palace last season propelled him into Gareth Southgate’s England squad and Vieira has ruled out the 22-year-old returning to the club.

Gallagher keen to make a breakthrough at Stamford Bridge

“Everyone wants to play as much as they can, but I’m willing to work as hard as I can to be on the pitch as much as possible,” —Gallagher
Sports
2 months ago

How much will Leeds miss Raphinha?

But despite his decision to leave after only two seasons at the club, the Brazil winger retains iconic status at Elland Road.
Sports
2 months ago
Post a comment
WATCH: The latest videos from the Star
by BBC
Football
19 July 2022 - 00:00
Read The E-Paper