That emotional moment has arrived for the midfielder in the shape of a £45m (Sh6.4bn) move to Premier League champions Manchester City.

• In contrast to his time at Leeds, Phillips is unlikely to be first choice at City, with Rodri firmly established as Guardiola’s go-to man in the middle of the field.

• What is unquestionable is Phillips’ level of fitness when operating at full steam — a quality honed under the strict regime of Bielsa, which led to Leeds topping the charts for sprints and high-intensity running. 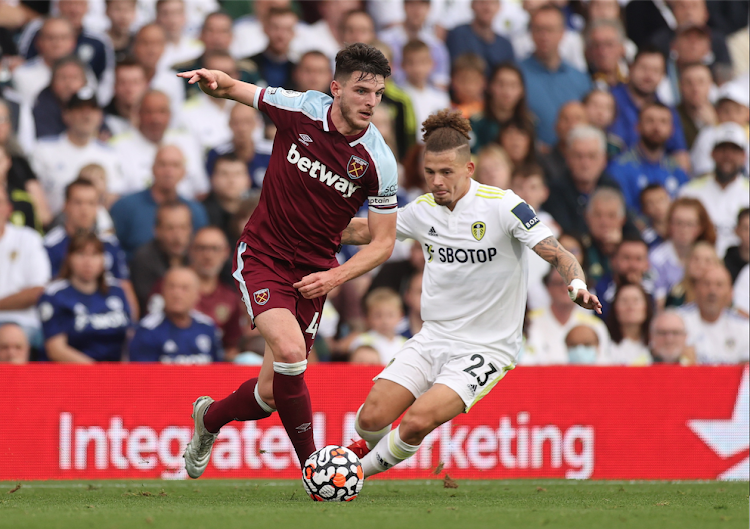 Near the start of last season, then Leeds boss Marcelo Bielsa was asked about the potential departure of Kalvin Phillips from his hometown club.

“I’m sure the day he leaves Leeds will generate disappointment,” said the Argentine. “But I am sure the way he does it is going to solidify his link to the club, the people and the city.”

That emotional moment has arrived for the midfielder in the shape of a £45m (Sh6.4bn) move to Premier League champions Manchester City.

While there is obvious sadness for the Whites and their fan base, there is an acceptance that this deal may be best for club and player.

But what of the reaction from City fans? And how will the 26-year-old England international fit in to Pep Guardiola’s trophy-laden side?

Rodri’s understudy at the Etihad?

On a purely practical level, it is clear to see why City have signed Phillips. He is a midfield replacement for Fernandinho, who ended his glittering nine-year spell at the club this summer.

He is likely to slot in behind Rodri in the pecking order for the single defensive midfield position favoured by Guardiola. It is a role Phillips knows well from his time at Leeds, especially in the past four years spent largely under the management of Bielsa, who did more than anyone to turn the player from one drifting through the Championship to winning individual awards for his country.

Phillips was arguably Leeds’ key player under their former boss — a shield in front of the defence but also the pass-providing quarter-back through which the team would transition into attack.

That Phillips was moulded by Bielsa only makes him more appealing to Guardiola, who cites the Argentine as an inspiration and with whom he shares a similar possession-focused, attack-minded philosophy.

Phillips is likely to be asked to perform a similar role for his potential new club, albeit in a side with an even greater share of possession in games and generally under less attacking pressure from opponents.

Should Guardiola need him to operate in another midfield role higher up the pitch, Phillips has demonstrated his ability to do so with England, as part of a successful double pivot with Declan Rice.

At Euro 2020, he did some of his best work pressing high up the field and showed a glimpse of his creative ability with the powerful, driving run and pass for England’s opening goal of the tournament against Croatia. Those performances led to him being named England’s player of the year in 2020-21. 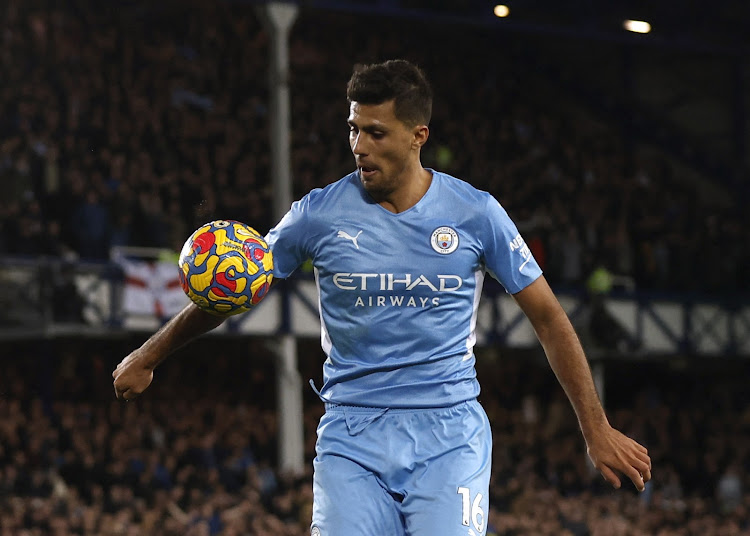 In contrast to his time at Leeds, Phillips is unlikely to be first choice at City, with Rodri firmly established as Guardiola’s go-to man in the middle of the field.

City play plenty of games a season (57 in 2021-22), so Phillips’ chances will come, but the move still presents a risk for the player in a year that ends with the World Cup and his England place not a certainty.

Exposure to the Champions League will do his selection chances no harm, but he will not want to be regularly sat on the bench given Jude Bellingham, Jordan Henderson, Conor Gallagher and James Ward-Prowse are rivals for the role alongside Rice in Gareth Southgate’s side.

He was not alone, but Phillips was poor in England’s humiliating 4-0 loss to Hungary last month. It was this that further emboldened some to question: is he good enough for a side looking to defend their Premier League crown and conquer Europe for the first time?

In Phillips’ favour is his nationality (contributing to the homegrown player stipulations domestically and in Europe) and capacity for improvement under a coach who has shown a preference for adding the final polish to burgeoning elite players with the ability to fit his system.

Paul Pogba, who is leaving Manchester United this summer, and Barcelona’s Frenkie de Jong had been touted as potential incomings, but neither had the hallmarks of a City signing under Guardiola. Where Phillips differs from those two and excels is in his defensive work, according to the statistics of FBref.com.

He ranks in the 95th percentile for tackles and tackles won among Premier League midfielders and in the 97th percentile for pressures applied to an opponent and how successful he is with these.

These are from an injury-impacted 2021-22 campaign in which he was not at his best. In the previous season he was similarly impressive in his defensive work but also the 95th percentile for completed long passes and 92nd for touches in the defensive third - reflective of a game about control and progression as well as destruction.

There is still much room for improvement if he is to match up to Rodri in his distribution and attacking skills, with the latter vastly superior in his pass completion and contribution to creating chances. Some caution should be shown in too close a comparison, though. The sides they played in last season had very different ambitions — City were competing for the title; Leeds were fighting for survival.

What is unquestionable is Phillips’ level of fitness when operating at full steam — a quality honed under the strict regime of Bielsa, which led to Leeds topping the charts for sprints and high-intensity running. Those attributes will be a huge loss to Leeds. So can they afford to lose him? 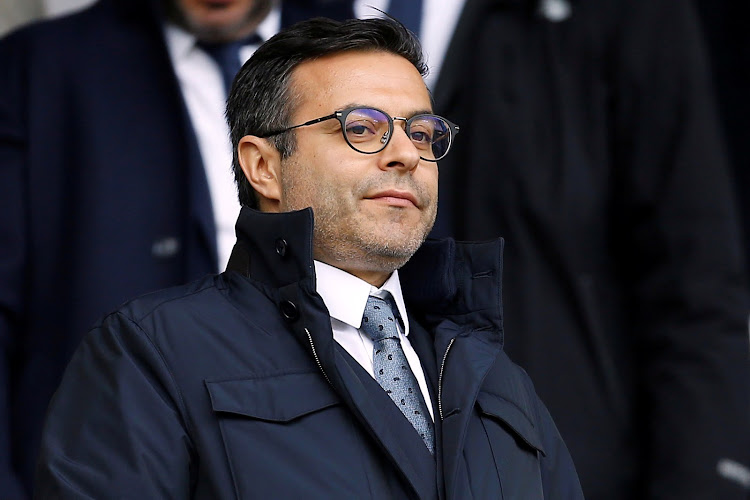 A reluctant but necessary sale?

Leeds owner Andrea Radrizzani has been vocal in his desire to follow Leicester’s recent approach to the Premier League — namely realising potential by building incrementally through the development and big-money sale of players before reinvesting the proceeds. Phillips’ sale certainly fits into this model.

With his stock high, two years left on his contract and his 27th birthday approaching, Phillips’ value was unlikely to be as high again as it has been this summer. Already the rumour mill is alive with suggested replacements — RB Leipzig’s Tyler Adams, Red Bull Salzburg’s Mohamed Camara and Sheffield United’s Sander Berge have all been linked.

Having only survived relegation by the skin of their teeth last season, Leeds need not only to bolster a midfield that was woefully short of numbers and quality in 2021-22, but lift the general levels of a squad that has served them well but is reaching the end of its shelf life. Another aspect to Phillips’ sale is whether he is as crucial to current manager Jesse Marsch’s way of playing as he was to Bielsa’s.

The American prefers two players in front of his defence as part of a narrow formation that congests play into the centre of the pitch, thus denying Phillips some of the time and space he was previously afforded to pick long-range passes.

A good player will always fit into and improve a side, but if Leeds are in the business of sacrificing someone for the greater good, changes at the club could well have tipped Phillips into the expendable bracket.

What muddies the water are the emotions involved. Phillips was raised in the Leeds suburb of Armley, has been with the club since he was 14 and is emblematic of their rise and return to the Premier League. Few will begrudge him the move, though. He has left his mark on the city in more ways than one. While he goes on to no doubt win trophies in the blue of City, a mural painted in 2020 will ensure he continues to stand tall over Leeds city centre in the colours of his hometown club.

Leeds United have been compelling, attractive viewing under Bielsa since their return to the Premier League at the start of last season,
Sports
5 months ago

England international Phillips suffered a hamstring injury in the 2-2 draw with Brentford on Sunday and was replaced after 55 minutes.
Sports
8 months ago

Leeds United have been compelling, attractive viewing under Bielsa since their return to the Premier League at the start of last season,
Sports
5 months ago

England international Phillips suffered a hamstring injury in the 2-2 draw with Brentford on Sunday and was replaced after 55 minutes.
Sports
8 months ago
by BBC
Football
05 July 2022 - 00:00
Read The E-Paper