How Mbwave is keeping Leopards fit for the job

AFC Leopards fitness trainer, Vincent Mbwave, has transformed the local football scene with his unmatched expertise in the industry.

•Working alongside a personal trainer can give footballers an incredible edge with their health and fitness goals.

•The most common injuries among football players are on the neck, head, knee and ankle. A properly designed S&C program will include exercises designed to strengthen and stabilize these areas. 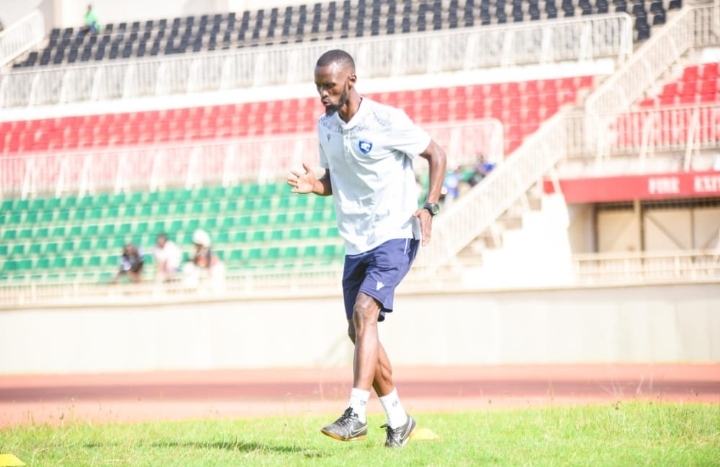 Strength training is important for athletes across all sports—but for football players, it’s a prerequisite for minimising, if not eliminating injuries.

If not adequately exposed to strength and conditioning programs, a team’s chance of success is at risk and chances are they will be nursing a long list of casualties on the treatment table.

Serious teams train players on a periodized strength training program designed by a certified strength coach for the specific demands of competition. Increasing muscle mass through strength training allows athletes to reach a size that allows them to compete safely.

Research has shown that athletes who undergo such programs develop neuromuscular control and strength. They are, therefore, at a lower risk of sustaining an ACL injury than an athlete who has never undergone strength and conditioning.

In addition to the neuromuscular benefits of establishing good movement patterns, strength training improves an athlete's resilience on the field by strengthening muscles, bones and connective tissues like tendons and ligaments.

Athletes who practice good landing mechanics in the weight room are less likely to roll an ankle during a game.

The most common injuries among football players are on the neck, head, knee and ankle. A properly designed S&C program will include exercises designed to strengthen and stabilize these areas.

Players with chronically tight hamstrings, for example, may have a greater risk of pulling a hamstring during a maximum effort sprint. 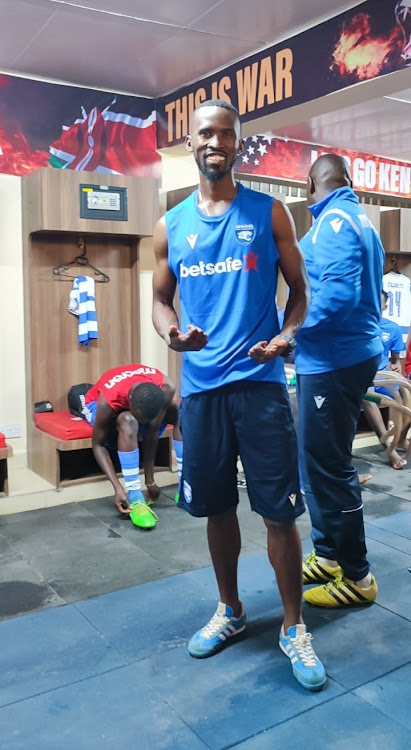 Good football players sprint faster than their less-explosive counterparts. And an athlete’s ability to be explosive is directly related to their strength levels.

If your team isn’t training on a comprehensive strength and conditioning program, you may be putting your players at risk. Strength training is a footballer's best chance of staying healthy throughout the season, and it’s the fitness coach’s responsibility and that of the entire technical bench to ensure athlete safety, above all else.

Working alongside a personal trainer can give footballers an incredible edge in their health and fitness goals. It’s often an investment that pays back handsomely.

Gladly, top Kenyan football teams are gradually incorporating strength and conditioning programs into their training sessions and are hiring relevant staff to help them through.

Back home, AFC Leopard's fitness trainer, Vincent Mbwave, is one such fitness coach who has transformed the local football scene with his unmatched expertise in the industry.

Mbwave works with both ends of the athlete spectrum — those who are completely new to fitness and athletes who want to improve their performance.

His coaching and specialty were inspired by a burning urge to push Kenyan footballers to world standards while genuinely impacting their personal lives and helping them transform their bodies, mindset and lives into what they want.

Born on June 19, 1989, Mbwave grew up in Nakuru County in a family of eight siblings (one brother and seven sisters), where he is the sixth born.

After attending Kenyatta Primary School in Nakuru and sitting for his Kenya Certificate of Primary Education (KCPE) exams in 2003, Mbwave proceeded to Larmudiac High School.

There, he sat for his Kenya Certificate of Secondary Education (KCSE) exams in 2007 while systematically cutting his teeth as a goalkeeper. 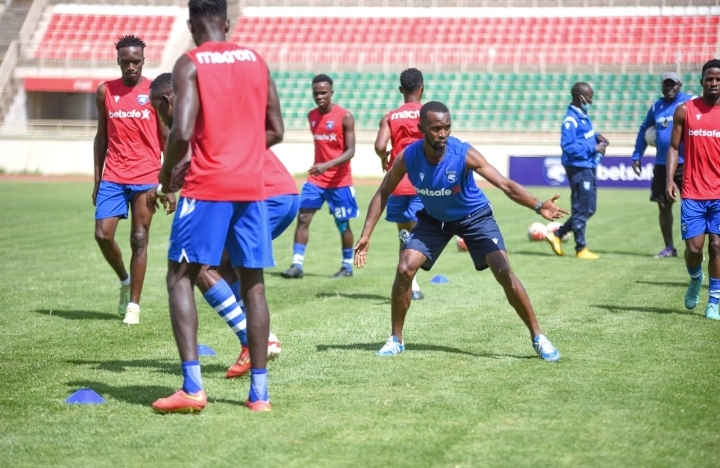 “I began my football career when I was seven and my first club to play for was Nakuru Youth Academy. I then joined ASEC Football Club," says Mbwave.

“I played for my school team both in primary and high school where I featured as a goalkeeper and sometimes as an offensive midfielder."

“At both levels of education, we went up to the provincial level in the school games,” he adds.

During his nascent years as a budding football player, Mbwave drew a lot of inspiration from ex-Kenya international and AFC Leopards goalkeeper Mathew Ottamax.

“My role model was Matthew Ottamax he was the AFC Leopards goalkeeper as well as Wilberforce Mulamba.”

Meanwhile, his grandfather  Gilbert Omuyaku — a football coach then — kept motivating him as his parents provided a conducive atmosphere for him to thrive.

“My parents were very much happy since football was something that seemed to be running in the family. My uncles played too and they all supported me by buying me boots and coming to watch me play,” he reveals.

“I became interested in fitness training back in 2012 after being inspired by a friend who was working at a gym,” Mbwave said.

“I started with ASEC Nakuru and then shifted to Nairobi where I joined a gym called 'Infinity'. There, I happened to meet different football teams who expressed interest in having a strength and conditioning coach."

“There were also some individual players who approached me for guidance.”

Mbwave's breakthrough as a fitness trainer came in 2018 when the then AFC Leopards head coach, Rodolfo Zapata invited him to join the technical bench. 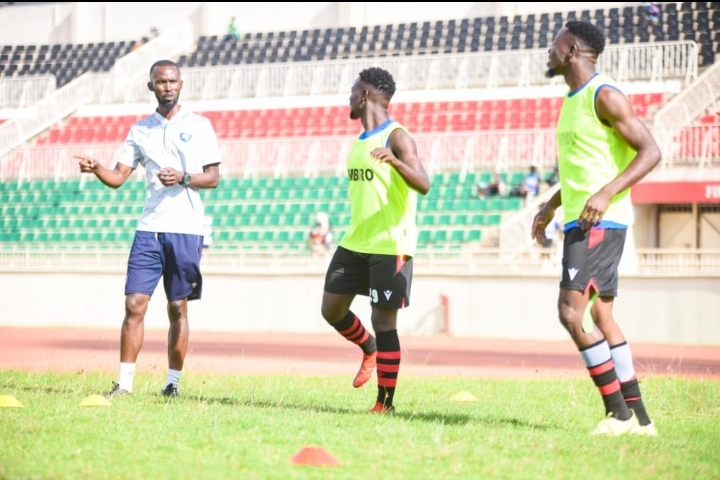 “Zapata later left the club and when Andre Casa Mbungo came in as the new coach, he retained me. I had formed a good relationship with the club," he says.

“Mbungo was impressed with my performance during my first session with him and so he requested me to join his technical bench as a trainer.

Mbwave reckons that the players' physical prowess on the pitch attests to his fine works.

“From the first day I committed to working with AFC Leopards as a full-time coach, the results have spoken volumes about my ability and potential,” he observes.

Mbwave reiterates the need for each club to have a fitness trainer on the bench because, through them, the players get refined in both strength and conditioning.

“For example, from the time I joined Leopards, we've not experienced nagging fitness or injury issues at the club.”

Mbwave believes pursuing education in fitness training is essential for quality performance as a coach.

“I advise those interested to consider taking up either a degree or Diploma in fitness science. One requires a minimum of C+ in KCSE to be admitted for a Degree Course and a minimum of C- for a Diploma. The courses are offered at Masinde Muliro University (degree) and Nairobi Zoezi Institute or Kenya Technical Institute (Diploma).

Mbwave looks up to Atletico Madrid fitness coach, Oscar Ortega, as his role model and hopes he will one day get an opportunity to prove his mettle in a foreign league.

Besides being a football coach, Mbwave is a talented artist too. 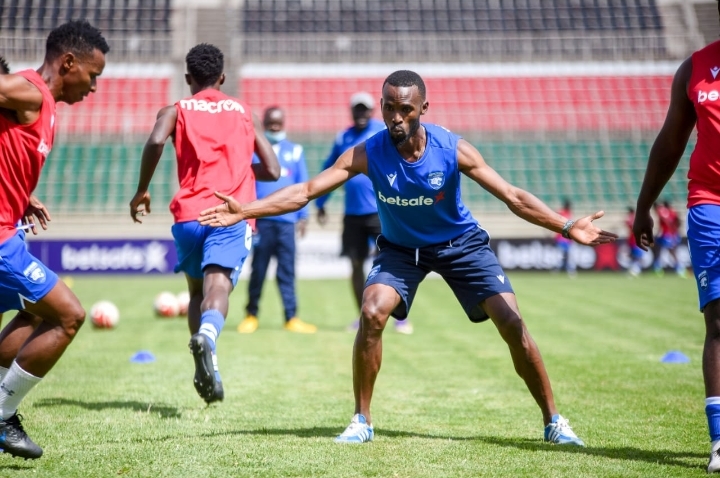 “Apart from football, I also do some other stuff. I have my interior design job on the side. Yes, I studied art in school and that's my main profession," he adds.

Mbwave did a portrait of President Uhuru Kenyatta which he gladly presented when the club were hosted to breakfast at State House, Nairobi on March 29, 2020.

Nothing gives him so much pleasure than the feeling derived from surmounting Kenyan Premier League giants.

“I feel I have achieved a great deal in my field when we win against top teams like Tusker, Gor Mahia, and KCB, who have some equally good fitness trainers,” he says.

Mbwave concedes that AFC Leopards experienced a rough patch this season, especially after the mass exodus of star players.

“This season has been the toughest of all but the performance was outstanding. Losing 18 players and still managing a top-five finish wasn't that easy.”

Leopards wrapped up the season in the fourth spot after a torrid start to the season and Mbwave reckons the spirit of resilience learned in the strength and conditioning programs played a pivotal role.

Mbwave says some of the world's football luminaries are known to be fitness maniacs.

He gives an example of Manchester United and Portugal star Cristiano Ronaldo, whose success in the sport is largely attributed to his physical attributes.

Mbwave's sentiments are captured by Italian fitness coach Giovanni Mauri, who talked about Ronaldo's fitness obsession in an interview with online magazine Tuttosport.

“Mauri, who worked with Ronaldo for two years at Real Madrid — under Carlo Ancelotti, said that budding footballers stood to benefit immensely by watching how the Portuguese trains and takes care of his body,” Mbwave said.

According to Mauri, Cristiano is a phenomenon and an elite-level athlete who always trains to the best possible level, incorporating dedication, competitiveness and a positive attitude.

"To improve football you would need to bring every young player to watch his training sessions," Mauri was quoted as saying in that interview.

“He does everything with a smile and not against his will, unlike certain kids even in youth ranks. We are talking about a world-class player who, when we returned home at 2 a.m. from a Champions League away match, would not jet off home in his car. No, he would stop at the training centre for at least an hour for various recovery exercises and cryotherapy.

“As well as living a healthy life, he has a total dedication to physical recovery. He is a sort of fitness coach in himself. Of the seven Ballon d'Or winners — actually, eight because it's as if [Paolo] Maldini won one — I have worked with, Cristiano Ronaldo is, without doubt, the most powerful," Mauri concluded.

Has Mbwave won any titles and honours with AFC Leopards as a fitness coach?

“Not yet, but we were runners up in the Football Kenya Federation Shield Cup after losing to Gor Mahia on post-match penalties,” he says.

His meteoric rise in his field has left even his parents awed. Still, he says they were not surprised when he began to brush shoulders with the big boys on the top-flight stage.

“My mum had so much hope in me and she knew one day I will make it in football,” he concludes. 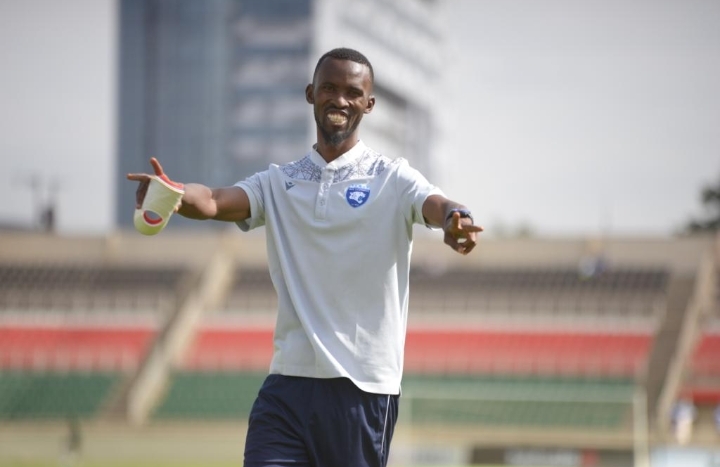