Amina's move is bound to court more trouble, given it goes against the expectations of the world football governing body, Fifa.

•Only last Saturday, a group of stakeholders formed a 13-member ad-hoc committee to take charge of football activities while anticipating the expiry of the Transition Committee's term.

•Retired General Maurice Oyugi assumes the mantle as the new chairman. Oyugi served as Ringera’s deputy before his appointment. 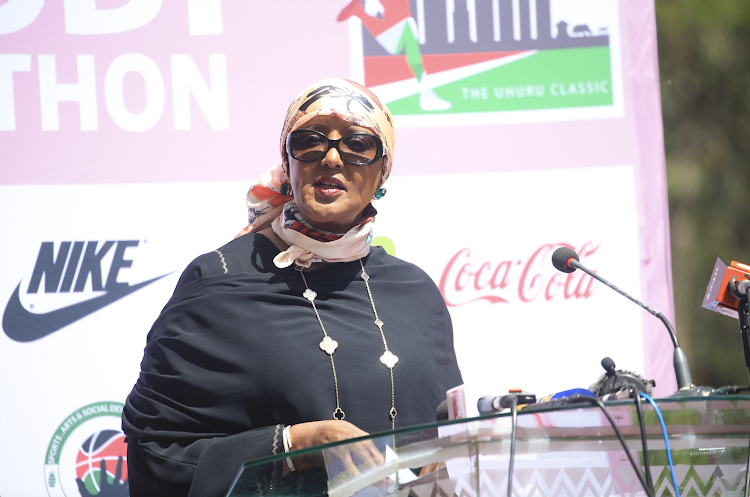 Local football stakeholders are back to the drawing board a day after Sports Cabinet Secretary Amina Mohamed extended the mandate of the Football Kenya Federation (FKF) Transition Committee for another two months.

“The Transition Committee shall hold office for two months with effect from June 16, 2022, and shall be assisted in executing its mandate by the secretariat. All communication to the committee shall be addressed to the chairperson,” read the gazette notice.

Only last Saturday, a group of stakeholders formed a 13-member ad-hoc committee to take charge of football activities while anticipating the expiry of the Transition Committee's term.

But now, Amina's shock move has thrown a spanner in the works, disorientating all the aspirations and plans local football stakeholders had earlier put in place.

Speaking a day after the development, the committee's secretary-general, Luthers Mokua, said Amina's move bowled him over.

“I'm simply astonished. Her decision caught us off guard because some members of the Transition Committee attended the meeting where we resolved to form a team to take over once their term expires. The CS may have a very good reason why she took that path,” Mokua said.

Mokua said they have been working closely with members of the Transition Committee in a sustained effort geared towards resolving the existing impasse pitting the government against the world football governing body, Fifa.

“We hope to meet her next week. We've been trying to arrange a meeting in the last few weeks but she has been busy laying the ground for the forthcoming Safari Rally,” Mokua said.

Retired General Maurice Oyugi assumes the mantle as the new chairman of the Transition Committee. Oyugi served as Ringera’s deputy before his appointment.

Former Kenya Rugby Union chairman Mwangi Muthee has been picked to deputize Oyugi. Amina maintained the rest of the team that served on the previous committee and its secretariat.

Journalist Linda Oguttu retains her role as head of the secretariat with Lorine Nerea and former Kenya Rugby player Edward Rombo as secretaries.

Journalist Robin Toskin, coach Rishadi Shedu, and Maxwell Wasike have also found their way back into the secretariat.

The CS unveiled the Transition Committee on May 13, to take over from the Caretaker Committee she appointed after disbanding the Nick Mwendwa-led federation on November 11.