“He has progressed a lot. Physically he has become a monster; he is so physical and quick, and another thing he has improved a lot is confidence,” continued Ingles.

• With Sadio Mane looking set to move on, Klopp will continue the evolution of his forward line with a player who was coveted by some of the continent’s biggest clubs despite having just completed only his second top-flight season in Europe.

• Nunez had to overcome further setbacks, taking more than a year after his debut to score his first senior goal in October 2018 following further knee surgery, before earning his move to Europe. 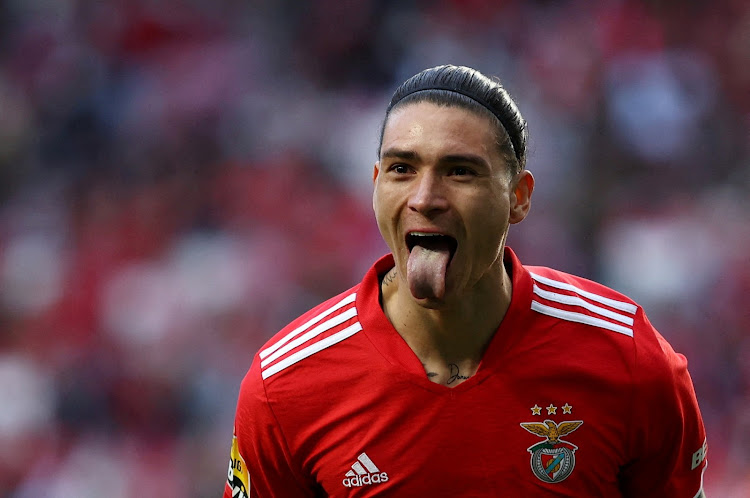 Darwin Nunez could not have wished for a better audition in front of soon-to-be-boss Jurgen Klopp than scoring twice against Liverpool in the Champions League quarter-final.

The 22-year-old got a goal in each leg as Benfica slipped to a 6-4 aggregate defeat, taking his tally to six in 10 games in the competition last season and helping convince the Premier League side to agree what could become a club-record £85m deal for the Uruguay international, topping the £75m paid for Virgil van Dijk in 2018.

With Sadio Mane looking set to move on, Klopp will continue the evolution of his forward line with a player who was coveted by some of the continent’s biggest clubs despite having just completed only his second top-flight season in Europe.

Compatriot Luis Suarez has been banging the drum for the youngster since he first joined Spanish second-tier side Almeria three years ago, but Barcelona’s financial constraints meant they were unable to capitalise on the veteran striker’s recommendation.

“I have 15 years of international experience, so I know a thing or two about forwards,” recalled Suarez. “And I told them, ‘pay attention to this one, he’s very good, he has very interesting things’.”

Instead, it is another of Suarez’s former clubs that look set to benefit from another emerging South American talent who honed his craft in Portugal, with the Reds having also signed Luis Diaz from Porto in January. 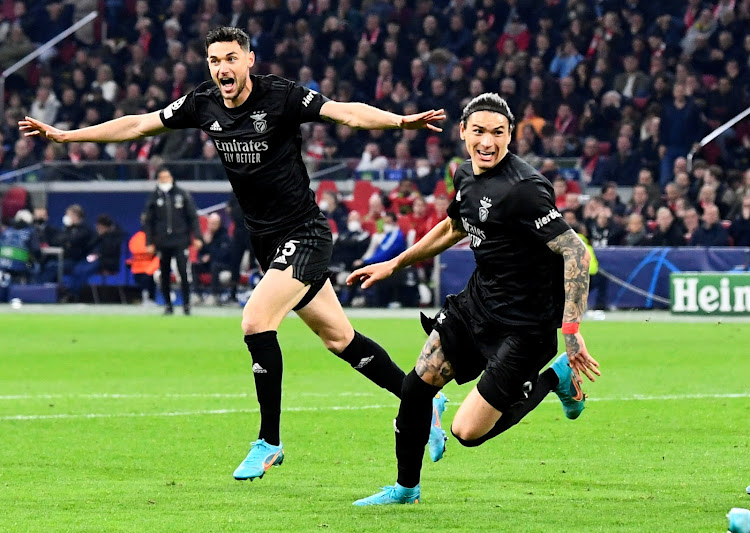 When Nunez joined Benfica in September 2020, having scored 16 times in his one season in Spain, it was for a club-record 24m euros (£20m), but in an initial campaign affected by Covid and injuries he stuttered rather than startled and registered just six league goals, albeit chipping in with a division-high 10 assists.

“When he arrived it was a bit scary. I said that I thought he would be the biggest flop in Benfica history because he cost so much money and what we saw at the beginning was a bit frightening,” said Filipe Ingles, from the podcast Benfica FM.

“I even said I would buy his shirt if he scored 30 goals in a season because I never thought he would be able to do something like that, but he improved so much these two seasons.”

Ingles was happy to eat his words — and fork out for a ‘Darwin 9’ jersey, as the young forward repaid Benfica’s faith with 34 goals in all competitions last season, 26 of those coming in 28 league games.

“He has progressed a lot. Physically he has become a monster; he is so physical and quick, and another thing he has improved a lot is confidence,” continued Ingles.

“He was the type of striker that sometimes lacked the confidence to score; he always tried to pass the ball to another player and that is something in the first season we all saw he had that problem. In this second season he became much more confident, he started scoring goals.”

Ex-Benfica boss Jorge Jesus called it when the club made Nunez their record purchase two years ago, predicting he would soon be worth far more.

“All this decision-making ability, finishing and speed,” said Jesus. “He was Benfica’s most expensive purchase, and when there is no pandemic, he will be the most expensive sale.”

A direct replacement for Mane?

Nunez’s impressive scoring return and imposing stature give him the image of a traditional number nine, and of his 48 goals in 85 games at Benfica, 92 per cent came from inside the box.

But the forward’s ferocious speed has also seen him deployed wide on the left for both club and country and his former boss at Almeria, Jose Gomes, told Portuguese newspaper Record the player will be an ideal fit for Klopp’s system at Liverpool.

“Klopp likes to play looking for spaces in the back of the opposing defensive lines,” he said. “Which means that we can say that Darwin will feel like a fish in water, because speed and quick attack are characteristics that he favours.”

With Mane set to leave, Takumi Minamino up for sale and Divock Origi having already departed, Nunez will replenish Klopp’s attacking options and it is the loss of the Senegal forward’s output that will need addressing most urgently.

Nunez contributed a combined 36 goals and assists across the top flight and Champions League last season to Mane’s 23 — and in nine fewer games — while scoring on average every 81 minutes and proving more clinical than the outgoing 30-year-old with a shot conversion rate of 31.4 per cent to 17.6 per cent.

“I don’t know if he feels ready to arrive and take the Premier League by storm,” added Ingles.

“He is a bit shy and I don’t know if he speaks English or has that confidence; he may do the same thing - pass instead of shooting - especially when he looks to the side and has Mohamed Salah or Roberto Firmino. 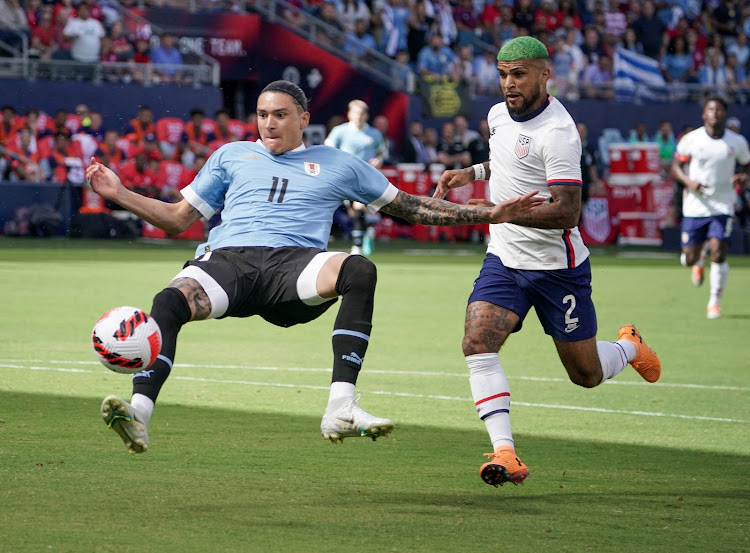 From Penarol to the Premier League

“But if the club gives him confidence and time to develop, he has the potential to be a great striker in the Premier League.”

It has been a rapid rise for Nunez and he finds himself leading a life that would have been completely unrecognisable to the boy who looked at older brother Junior as his hero.

“Junior was the person who taught Darwin how to play football and was his motivation to play in an academy when he was young,” Uruguayan journalist Taimur Yamani told BBC Sport.

“He comes from a very poor family where they were regularly lacking food, with his mother selling milk bottles, and his dad was a builder. His parents made many sacrifices just to feed the family.”

Former Uruguay international Jose Perdomo was the scout who discovered Nunez and, having already taken Junior to Penarol a couple of years earlier, he eventually convinced the boys’ mother to let the younger sibling leave Artigas for the capital Montevideo.

“After impressing at La Luz and San Miguel, in 2013 Perdomo, legend and scout of Penarol, went to his house and told them he wanted Darwin to move to them in Montevideo. So at the age of 14, he left his family behind in Artigas to make the big move,” explained Yamani.

“He broke his anterior cruciate ligament at just 17 and he struggled so badly he almost quit football as he tried to rehab his knee. At that point, his brother Junior had to quit football to help his parents get money to eat.

“When Darwin saw the sacrifices his brother and family were making, he decided to stay and make it to the first team so he could give his family the financial help they needed.”

Nunez had to overcome further setbacks, taking more than a year after his debut to score his first senior goal in October 2018 following further knee surgery, before earning his move to Europe.

“When he was at full fitness nothing stopped him and he was one of the best players in Uruguay in 2019,” added Yamani. “When Nunez signed for Almeria he became known in Uruguay as the new Edinson Cavani.”

And Perdomo believes there is endless potential for the kid he first recruited not even a decade ago.

“What actually excites me about Darwin is that I think he still has a lot to evolve, he has no ceiling,” he told BBC Sport in November. “He’s Uruguay’s future number nine.”

Nunez, 22, scored 34 times in 41 appearances across all competitions for Benfica last season.
Sports
1 week ago

Nunez is bound to be compared with Edinson Cavani as both are Uruguayan. The 22-year-old is valued by Benfica at around £85m (Sh12.4bn).
Sports
2 weeks ago