Hungary became the first team to score four goals in an away match against England since they also won 6-3 at Wembley in 1953.

• The nature of this schedule — playing four games in 10 days on the back of a long season — meant Southgate has had to rotate heavily between fixtures and he made another nine changes following the goalless draw against Italy.

•Boos echoed around Molineux after the defeat and questions were posed of Southgate’s future, but captain Harry Kane insisted the manager’s tenure must be put in perspective.

As Gareth Southgate digests England’s worst home defeat in more than 90 years he will be forced to confront an unwanted rewriting of the history books, but also consider whether his Nations League experiment has sent the Three Lions backwards with a World Cup looming on the horizon.

Not since a 5-1 defeat by Scotland in 1928 have England been beaten so heavily on home soil, while this is only their second home loss to Hungary, and first since the Magical Magyars’ famous 6-3 victory at Wembley in 1953.

It brings to a close an international break that has seen Southgate’s side score just once in four games, and that was a Harry Kane penalty in the 1-1 draw with Germany, while England have gone four matches without a victory for the first time since 2014.

Now the second most successful manager in the England men’s side’s history  — one who led his team to a World Cup semi-final and to within a penalty shootout of winning the Euros last summer - has just two games in September to rebuild that confidence before his squad head to Qatar.

“It is a chastening night,” said Southgate. “We have not lost many football matches and when you lose so heavily, at home especially, with England that is going to be very painful.

“I am really clear on what works for us as a group and what doesn’t work as a group — tonight is a difficult night.

“My predecessors have had nights like this, I have watched them from the sofa as a kid and watched as a player#, and I recognise those difficult times. But you can’t just be at at the front when things are going well and not stand up when you have difficult experiences. That is part of football, that is part of life.”

The nature of this schedule — playing four games in 10 days on the back of a long season — meant Southgate has had to rotate heavily between fixtures and he made another nine changes following the goalless draw against Italy.

But the former England defender also wanted to use this period to find out more about the players at his disposal beyond the regular starting XI and toyed with different formations during the four games.

“It is a difficult night for the players,” he added. “I feel for them because the two Hungary games in particular I picked teams where I tried to balance the squad and give young players opportunities, and I didn’t get the balance right to be able to perform at the level they needed to be able to win those matches.

“The players have been fantastic. They have been totally committed throughout this period. It has been a really difficult period for them because of the volume of matches they have had.

“The responsibility lies with me for that. But it was also difficult to put the strongest team out in every game, so we used it to prepare for Qatar.

“Of course a night like tonight is really difficult and it is important I take that off their shoulders as that’s totally down to me.” 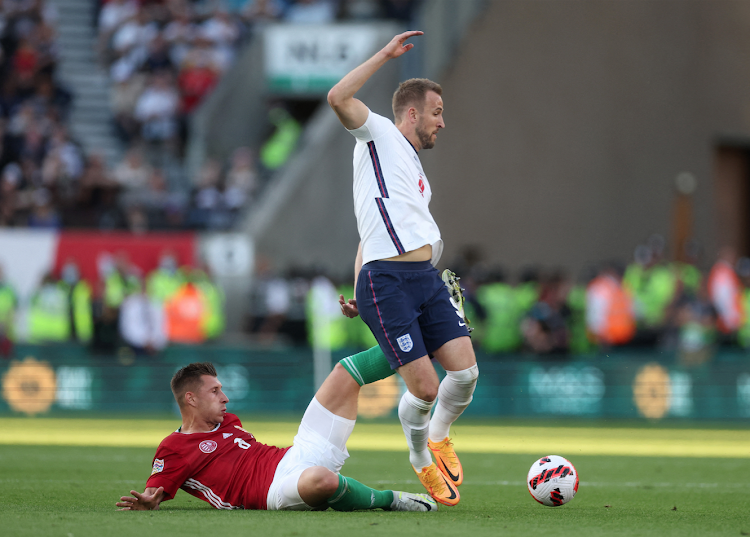 ‘We have to look at the big picture’

Boos echoed around Molineux after the defeat and questions were posed of Southgate’s future, but captain Harry Kane insisted the manager’s tenure must be put in perspective.

“It’s a really disappointing question to be asked. Let’s not forget where we have come from,” Kane told BBC Radio 5 Live. “Gareth has been a key part of transforming this England team to one of the most successful sides we have had in the past 50 years.

“I know it’s disappointing for the fans. It has been a disappointing camp, every now and then football throws up a surprise. We have to look at the big picture.

“It’s the first low point I’ve had in five years, a really disappointing night. We expect to win these games, but it wasn’t our night. We need to stay calm and learn from it.

“We’ve had two fantastic tournaments in a row. It’s not the time to panic. It’s a loss we’re disappointed with but we need to stay calm and we know we have stuff to work on.”

Speaking on 5 Live, former Liverpool defender Stephen Warnock said England now find themselves running out of time to address any problems before the World Cup.

“What if this is the same in September and you have two performances where the team looks lost?” he asked.

“Then you have to change it and you will not give the manager time to implement his style. I didn’t see anything from England tonight and haven’t seen anything from them in the last four games.

“I’ve always been one where I don’t want a manager to be sacked, but I’m not sure he is the man. There are other candidates that will be more suited to it and Gareth Southgate will be under pressure tonight.

“This is the best group of players we’ve had in a long time and we’re going to give up an opportunity to win the World Cup. I think this team can win a World Cup if they are managed in the right way.”

Southgate’s opposite number Marco Rossi will be resting easier after this performance, telling reporters he is off to watch the Red Hot Chilli Peppers on Wednesday, but also offering his backing to the England boss.

“Still they are absolutely on the top level,” he said. “I am convinced they will give to you a lot of joy in the next World Cup, I am sure about that.”

And as Southgate spends the summer pondering how to take his side forward, the 51-year-old remains committed to a process that began when he took over the Three Lions role in 2016.

“The next period is going to be unpleasant and uncomfortable,” he added. “But that is life as a football manager - you are never going to have six years like we have had and not have difficult nights.”

A documentary has reportedly been proposed, following the England players’ wives and girlfriends before the World Cup in Qatar later this year.
Sports
1 week ago

Luke Shaw has been regaining fitness while Rashford and Sancho missed out.
Sports
1 week ago

Is England’s lack of goals becoming a problem?