Amidst the doubts that clouded his future, Kimani rolled up his sleeves and got the job done.

•Bandari baffled friends and foes alike after wrapping up the season in an impressive fourth spot with 54 points, nine adrift of champions Tusker.

•This season's feat notwithstanding, Kimani is already scanning around for new signings to bolster his squad as he eyes a silverware in the coming season. 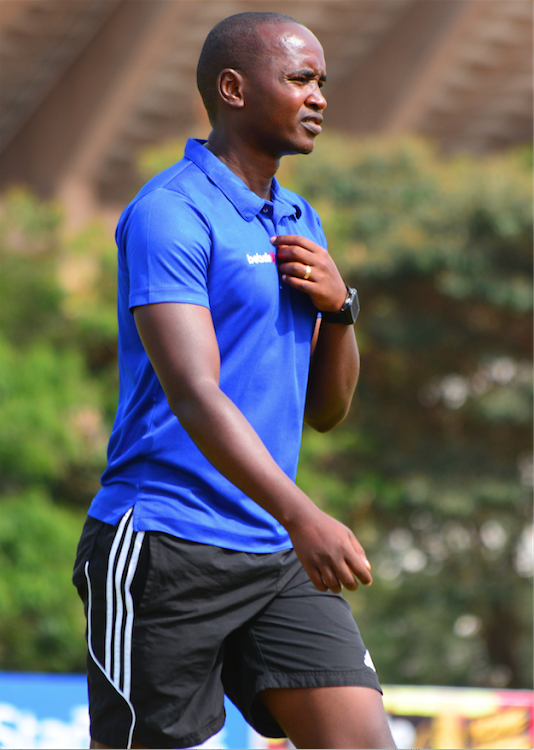 When coach Anthony Kimani took over the reins at Kenyan Premier League club, Bandari, on February 24, he vowed to wring out the bout of low self-esteem plaguing the entire squad after a string of losses.

The talent-laden dockers had cemented their spot in the top four for the better part of the season after asserting authority in their initial fixtures.

However, a roller-coaster of losses left them trading positions with rivals in the bottom half of the table.

Two consecutive defeats at the hands of champions Tusker — including one in their own backyard — eventually claimed the scalp of head gaffer Rwandan Casa Mbungo.

It was a moment in the Docker's top-flight history when fans had acclimatized their hearts to a major heartbreak. Few doubted the club's capacity to turn things around.

Amidst doubts that clouded his future, Kimani rolled up his sleeves and got the job done. Bandari baffled friends and foes alike after wrapping up the season in an impressive fourth spot with 54 points, and nine adrift champions Tusker.

Kimani still reckons they ought to have done better if they hadn't rested on their laurels after an impressive comeback in the season.

“We disengaged the gas pedal a little bit in our last fixtures and our confidence took a thorough beating after performance fell way below expectations,” Kimani said.

“Yeah, I'm disappointed because I should have preferred a higher position on the log but all in all, it's only fair that we appreciate all the effort made this season. Hopefully, we shall come back much stronger next season and contest for the title,” he added.

Despite the heartbreak he suffered after the title slipped through his fingers, Kimani remains upbeat ahead of next season and insists his players deserve some respect for rising against all odds.

“I'm definitely proud of the entire team for shaking off the disastrous run we had we had initially experienced in the season. They staged an impressive comeback, picked their pieces and regained the confidence that propelled us to a top-four finish.”

This season's feat notwithstanding, Kimani is already scanning around for new signings to bolster his squad as he eyes a silverware in the coming season.

“Everywhere in the world teams always look forward to beef up their squads in the transfer window regardless of their performance in the preceding season. We have a competitive squad that is capable of competing well even on the continental stage.

“That notwithstanding, I believe there are still some key areas that need strengthening and we will most definitely recruit to increase our potential of clinching the title.

“We are awaiting the green light from the Football Kenya Federation Transition Committee to see know when the new season begins. It's only until then that we can start planning ahead.”