•He also urged fans to continue rallying behind the team, especially at this crucial stage 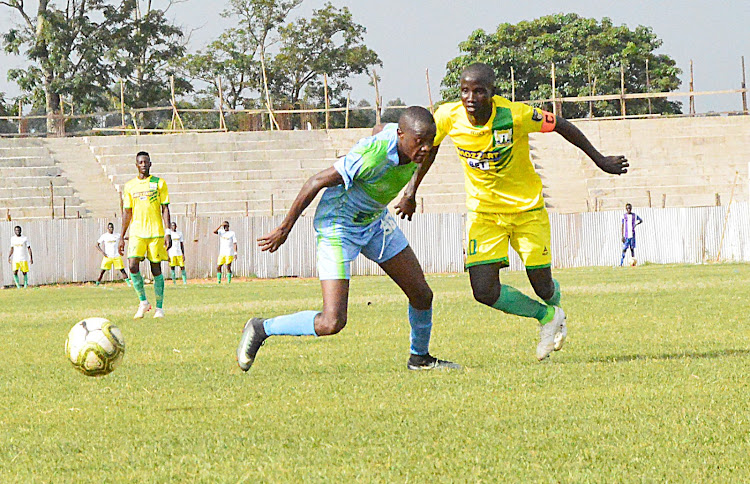 Moses Mudavadi of Kakamega Homeboyz fights for the ball with KCB defender at Bukhungu stadium on Saturday
Image: CALISTUS LUCHETU

The Western-based side beat Kenya Commercial Bank 2-1 in their last tie at home and Mwalala believes the win has provided them with renewed vigour.

“We are excited to have won our last match against KCB after going five matches without a win. This has motivated our players and makes our preparations for the next match easy," Mwalala said.

The former Bandari coach praised his players for their persistence and passion despite the recent run of poor form.

He also urged fans to continue rallying behind the team, especially at this crucial stage.

"The win has opened a way for the team to succeed and I want to single out our players for the praise due to their commitment and hard work and also our loyal fans for being patient with the team. I want to urge them to rally behind the team at this crucial moment when the league is at the home stretch,” he said. 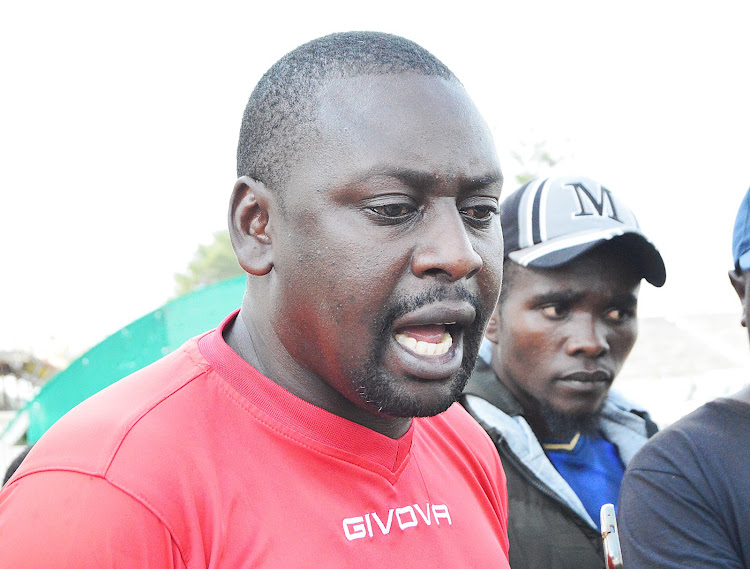 Nonetheless, he admitted that the next run of fixtures will not be easy as the finish line nears and teams strive to dislodge them from the top of the log.

"One of the issues we have struggled with is fatigue as we travel long distances to play some of our matches. I think Nzoia is the other team that has also traveled a lot. However, this is something that does not worry me. The most important thing is to win our remaining matches," he said.