Ten years from boom to bust, Chinese football in a tailspin

• The decision to relinquish the rights to next year’s Asian Cup finals, which was made by China last weekend citing Covid-19 uncertainties, has left Chinese football facing an uncertain future.

• The current climate is a long way from the day, 10 years ago on Tuesday, when Guangzhou Evergrande unveiled World Cup winner Marcello Lippi as their new head coach on an annual salary of 10 million euros. 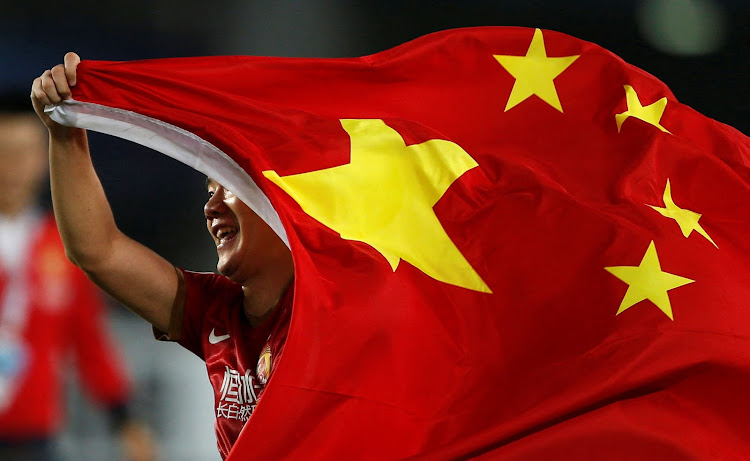 A decade after the splash of Chinese cash first made waves in the global football market, the once racing certainty that China would become a major player in the game looks increasingly like a long-odds gamble.

The decision to relinquish the rights to next year’s Asian Cup finals, which was made by China last weekend citing Covid-19 uncertainties, has left Chinese football facing an uncertain future.

Staging the quadrennial continental championship in nine sparkling new arenas and one rebuilt stadium was supposed to be a stepping stone towards realising President Xi Jinping’s ambition of hosting the World Cup.

That dream now appears to be further away than ever.

The grinding impact of the global health crisis and China’s pursuit of a zero-Covid strategy, coupled with increasing difficulties within the business sector that bankrolled many of the country’s clubs, has left the game in turmoil.

“Who would trust China with a World Cup bid given everything we’ve seen in the last two years from the pandemic?

The current climate is a long way from the day, 10 years ago on Tuesday, when Guangzhou Evergrande unveiled World Cup winner Marcello Lippi as their new head coach on an annual salary of 10 million euros.

The perennially weak national team aside, football was flying high in China and the sums spent on players and coaches from around the world escalated as the Chinese Super League thrived.

Oscar swapped Chelsea for Shanghai and a salary reported to be just short of half a million dollars a week in 2016, following in the footsteps of fellow Brazilian Hulk, who had moved from St Petersburg for a fee of around $50 million.

The country’s entrepreneurs, meanwhile, flocked to Europe in an effort to import expertise into China’s nascent football industry. Soon Atletico Madrid, AC Milan and Inter Milan were under Chinese ownership.

Governing bodies were courted. FIFA partnered with Wanda Sports and the Jack Ma-owned Alibaba signed up to sponsor the expanded Club World Cup on its scheduled relaunch in China in 2021.

A bid to host the World Cup in 2030 or 2034 was expected and the 2023 Asian Cup rights were secured at the Asian Football Confederation’s extraordinary congress in Paris in 2019.

Some change was already in the air before Covid-19 emerged in late 2019, but the ensuing global pandemic sent the game into a tailspin.

The 2021 Club World Cup, unexpanded, was offloaded to the United Arab Emirates and now the Asian Cup rights have been handed back, leaving China’s hopes of hosting the World Cup looking like little more than a Covid-19 fever dream.

In the club game, the decline has been just as precipitous with Jiangsu FC, owned by Inter Milan proprietors the Suning Group, folding a few months after winning the 2020 Chinese Super League title. Read full story

Government pressure on heavily indebted developers has seen funding slashed at numerous clubs, including Guangzhou, while the country’s pursuit of a zero-Covid strategy has turned the CSL into a shell of its former self.

With significantly lower wages on offer and the grim prospect of playing in fan-free biosecure bubbles, few of the high-profile players who once flocked to the league remain.

The 19th CSL season is scheduled to begin next month, but the exact start date is still uncertain.

“Xi Jinping is known to be a football fan, but football will be so far down his list of priorities right now,” says Dreyer, author of Sporting Superpower: An Insider’s View on China’s Quest to Be the Best.

The AFC said it would name a new host in due course but provided no detail and declined to provide immediate comment to Reuters.
Sports
8 months ago

No reason was given for the delay, but China is battling a resurgence of Covid cases.
Sports
8 months ago