It is seeking more evidence of a link between heading and brain injuries, and intends to improve support for players.

• A 2019 study found that former professional footballers are three and a half times more likely to die of dementia than the general population. 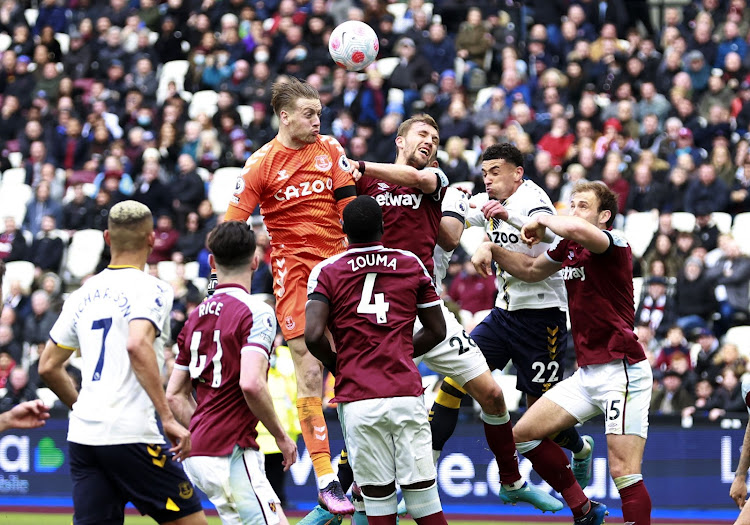 Everton goalkeeper Jordan Pickford goes for a header from a corner in the West Ham box
Image: REUTERS

Former footballers concerned about neurodegenerative diseases are being asked to come forward by the Professional Footballers’ Association.

It is seeking more evidence of a link between heading and brain injuries, and intends to improve support for players.

Both diagnosed and undiagnosed ex-players will be surveyed as the PFA pushes for a care fund.

It is also hoped brain injury chronic traumatic encephalopathy (CTE) will be classed as an industrial disease.

Astle is the PFA’s neurodegenerative diseases project lead and hopes the new consultation will “encourage more former players to come forward and help further demonstrate the sheer scale of the issue”.

Evidence from the survey — which will ask respondents if they are worried about memory and brain function - will be provided to the Industrial Injuries Advisory Council (IIAC), which could recommend that those affected receive benefits from the government.

Astle said of the IIAC: “After nearly two decades, they now need to recognise CTE as an industrial disease. The evidence is clear and it can’t be ignored any longer.”

The results of the consultation will also be used in ongoing discussions with leaders from across English football as the PFA seeks financial support for ex-players and their families.

A 2019 study found that former professional footballers are three and a half times more likely to die of dementia than the general population.

New guidelines issued last July said professional footballers in England are to be limited to 10 “higher force headers” a week in training from the 2021-22 season.

In August, new research showed defenders are more likely to have dementia in later life compared with other playing positions in football.

Earlier this year, a dedicated care department for former players living with neurodegenerative disease (NDD) was set up by the Professional Footballers’ Association.

New study seeks to reduce risk of dementia in ex-footballers

It is being jointly funded by the FA and Fifa, and will recruit 120 ex-professional footballers aged 40-59.
Sports
1 month ago

The British government was urged in July to mandate a minimum standard protocol for concussions across sports in a bid to reduce the risk of brain ...
Sports
5 months ago
by BBC
Football
10 May 2022 - 00:00