•In the meantime, Zetech Sparks coach Benard Kitolo has confirmed top striker Puren Alekwe is set to miss their Kangemi Ladies match on Sunday but is expected back on training Tuesday. 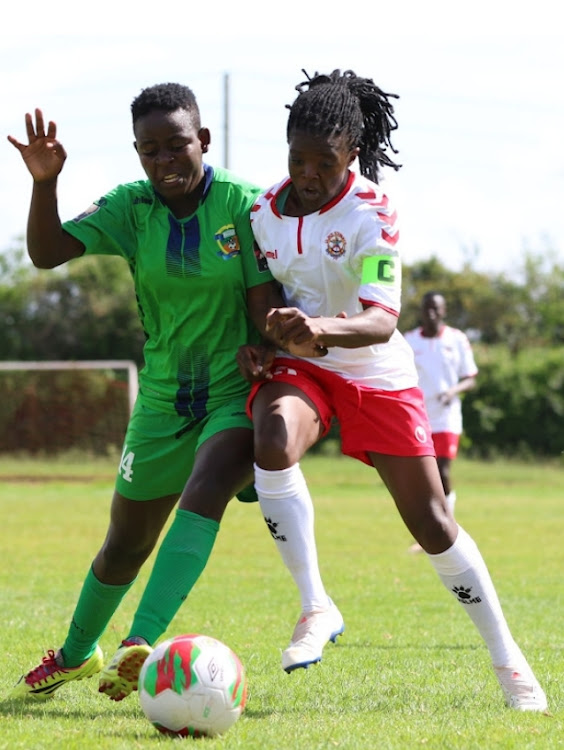 Vihiga Queens are one win away from being crowned the 2021-22 Kenya Women's Premier League champions after beating Gaspo Women 2-0 at Stima Club, Ruaraka.

Topista Situma and Immah Wangira were on target for the Legacy Makers who remain unbeaten after 17 matches. The two sides shared spoils in the first leg, playing a drab scoreless draw at Mumias Sports Complex.

"It is an important win for us considering if we beat Zetech Sparks next weekend, the title will be home and dry with four matches to spare," Boniface Nyamunyamu, the Vihiga coach said.

Nyamunyamu, who is in his first season as head coach having served as Alex Alumira's assistant added: "The Zetech match will be tough and will test our resilience and maturity because they have improved. The players are, however, motivated to seal the title at the earliest opportunity."

In the meantime, Zetech Sparks coach Benard Kitolo has confirmed top striker Puren Alekwe is set to miss their Kangemi Ladies match on Sunday but is expected back in training Tuesday.

Alekwe who is the WPL joint top scorer alongside Kangemi's Fasila Adhiambo and Topista Situma of Vihiga with 11 goals, is still mourning her father who passed away.

The attacker has missed Sparks' 2-1 identical victories against both Thika Queens and Gaspo.

Sparks' 7-1 thrashing of minnows Kisumu All Starlets on Sunday allowed the team to confirm their top flight status.
Sports
1 month ago

Leaders Vihiga Queens face Trans-Nzoia Falcons at the ASK Showground in Kitale on Sunday.
Sports
1 month ago
by EVANS OUSURU
Football
08 May 2022 - 08:52