Abramovich says he has not asked Chelsea to repay £1.5bn loan

A spokesperson said Abramovich "remains committed" to making sure the proceeds from the sale "go to good causes".

•Los Angeles Dodgers co-owner Todd Boehly has been selected as the preferred bidder for the club. 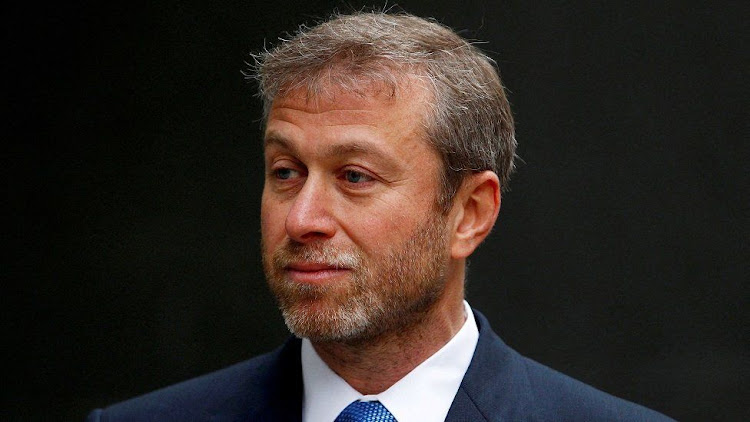 Mr Abramovich is said to have been on the border for talks with peace negotiators
Image: REUTERS

Roman Abramovich says he has not asked for his £1.5bn loan to Chelsea to be repaid when the club is sold.

The Russian oligarch put Chelsea up for sale in March and was then sanctioned by the UK government following the invasion of Ukraine.

A spokesperson said Abramovich "remains committed" to making sure the proceeds from the sale "go to good causes".

They added the loan funds were subject to European Union sanctions and would be frozen.

However, they were "still earmarked for the foundation" Abramovich wishes to set up.

Abramovich, who was disqualified as a director of Chelsea in March, has previously said that proceeds of the sale would be donated to war victims.

But his spokesperson, in a statement released on Thursday via Chelsea, said this stance had not changed and that his team had "identified senior representatives from United Nations bodies and large global charitable organisations who have been tasked with forming a foundation".

Los Angeles Dodgers co-owner Todd Boehly has been selected as the preferred bidder for the club.

But reports earlier this week suggested there were fears that any deal could collapse, alleging Abramovich had altered the terms of the sale and wanted his £1.5bn loan to Chelsea to be repaid, having initially said he would write it off.

"Mr Abramovich has not asked for any loan to be repaid to him - such suggestions are entirely false - as are suggestions that Mr Abramovich increased the price of the club last minute," the statement added.

The statement also said that Abramovich had encouraged the bidders to "commit to investing in the club" as part of the process.

The bid deadline is 31 May, when the government's operating licence for the club comes to an end. The government declined to comment.

And on Wednesday Ratcliffe told BBC Sport he is "not giving up" on buying Chelsea despite reports his £4.25bn bid had been rejected.

Earlier on Thursday, he met with members of the Chelsea Supporters' Trust (CST), which said it was concerned if his bid could complete before the 31 May deadline.

Any bid must still pass the Premier League's owners' and directors' test and be signed off by the government.

"Any delay to this process could risk the future of Chelsea FC," a CST statement said. "All parties must ensure the sustainability and future of the club is safeguarded."

The consortium headed by Boehly emerged as the preferred bidder after other bids from Sir Martin Broughton and Stephen Pagliuca were shortlisted.

CST said it was "grateful to Ineos for their transparency" and "welcomed the introduction of measures to protect the club's heritage and ensure supporter sentiment is represented".

But it said that during the meeting it "outlined our concerns regarding Ineos' ability to complete the purchase of Chelsea before the 31 May deadline.

"This is particularly so given, by their own admission, they are outside of the process and have been, according to reports, 'rejected out of hand' by Raine [which is handling the sale]. We would welcome further discussion in the event that this situation changes," the CST said.

"It is essential that the sale of Chelsea FC is completed swiftly and transparently. We urge the current ownership, Raine and the UK government to ensure this happens."

It added that "proceeds of sale, if any, should be allocated to victims of the war in Ukraine".

The British government will not allow the sale of the club to go through if Abramovich receives any money.
Sports
2 weeks ago

Ratcliffe not giving up on Chelsea bid despite apparent rejection