This was one of the three tough matches for Sparks who face Thika Queens and Vihiga Queens in their next matches.

•This was Zetech's second successive win after humiliating Kisumu All Starlets 7-1 in their last encounter. 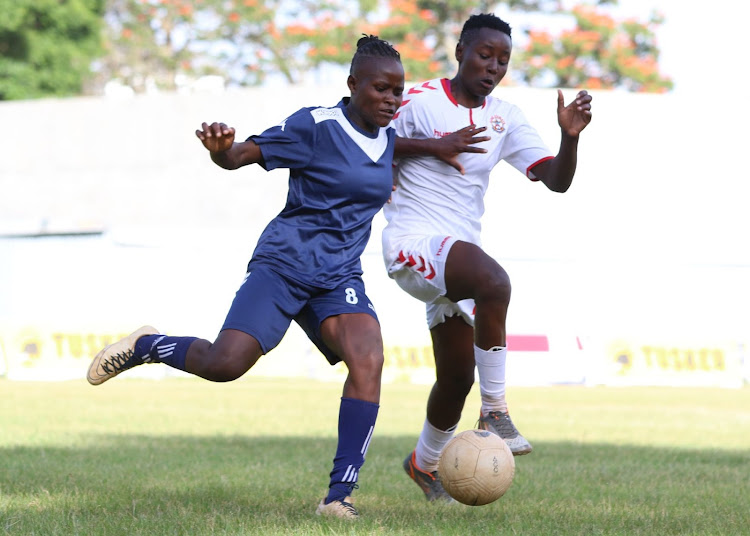 Zetech Sparks coach Benard Kitolo has said his side's  2-1 win against Gaspo at Stima Club, Nairobi was down to a well executed tactical approach.

Winnie Gwendeta and Joy Kinglady scored for Sparks rendering Corazone Aquino's strike a consolation. This was one of the three tough matches for Sparks who face Thika Queens and  Vihiga Queens in their next matches.

Kitolo said the win was deserved and the students played according to instructions. He however urged his charges to focus on their next assignment, revealing that Sparks will take it one game at a time.

"We build our play from the back but with speed. They couldn't cope with our pace and the bold approach payed off," Kitolo revealed.

"We have improved over the last few weeks. New signings have offered fresh breath to the team but there's more to come. Gaspo is full of experience. Majority of their players play for Harambee Starlets and beating a team with such quality is no mean feat."

This was Zetech's second successive win after humiliating Kisumu All Starlets 7-1 in their last encounter. Sparks are unbeaten in their last four matches.

"They (Zetech) utilized their only two chances as opposed to us. There were moments in the match we would have scored goals but the forwards were wasteful," Githua said.

"The defeat is a wake up call to the team. In as much as attack needs to be sharpened, playing as a unit is necessary as well. The title race is over we just need to finish maintain second place like last season."

Sparks' 7-1 thrashing of minnows Kisumu All Starlets on Sunday allowed the team to confirm their top flight status.
Sports
9 months ago

Reports emerged on Friday that the Harambee Starlets' veteran had penned a deal with Zetech Sparks.
Sports
9 months ago
Post a comment
by EVANS ANAKUR
Football
24 April 2022 - 10:00
Read The E-Paper