Tuchel explains why he subbbed Christensen

Chelsea remain third on 62 points, five points ahead of Tottenham Hotspur and Arsenal having played one game less.

•Christensen took the blame for the goal but said Chelsea continued to make mistakes even after Timo Werner had got them back on level terms. 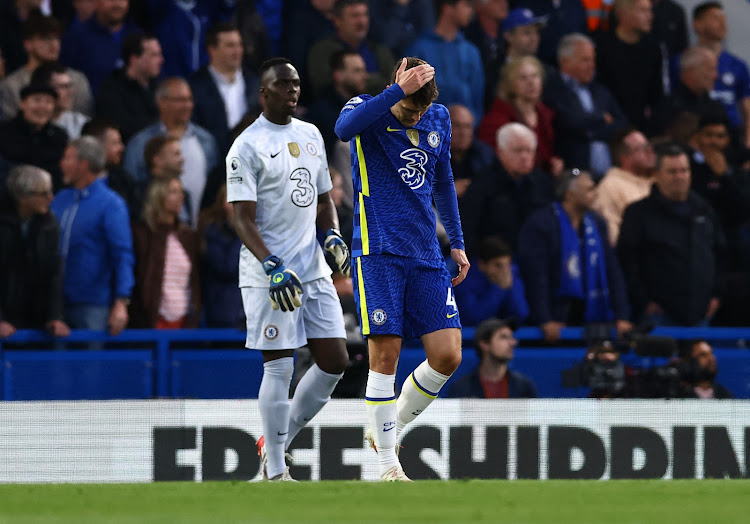 Chelsea coach Thomas Tuchel said he had taken off Andreas Christensen at halftime of their 4-2 defeat by Arsenal on Wednesday because he was unable to continue, not due to his error that led to the visitors’ opener.

Arsenal got off the mark when Eddie Nketiah pounced on a weak back pass by Christensen before slotting past goalkeeper Edouard Mendy in the 13th minute of their Premier League match at Stamford Bridge.

Danish defender Christensen was then replaced by Thiago Silva during the break.

“He said he cannot continue, so I think he had some problems,” Tuchel told reporters. “I don’t take a player out because he makes one mistake.

“To say the pitch is difficult to play here, it maybe sounds like an excuse. But it is a very, very difficult pitch that we have here. The ball bounces very awkwardly in front of Andreas when he wants to play this ball.

Christensen took the blame for the goal but said Chelsea continued to make mistakes even after Timo Werner had got them back on level terms.

“I take 100 percent responsibility on my shoulders for the first goal, it was my mistake, but luckily for me we got back into the game quite quickly through Timo’s goal,” Christensen said.

“We kept making mistakes though and it’s hard to keep bouncing back. We can only blame ourselves for this result.”

Chelsea remain third on 62 points, five points ahead of Tottenham Hotspur and Arsenal having played one game less. They host West Ham United on Sunday.

Meanwhile, Tuchel said his team had to halt a string of defensive errors that have seen the European champions concede 11 goals in their last three home games, including Wednesday's 4-2 defeat by Arsenal.

"This amount of mistakes of this calibre, it is simply impossible and I don't see it in any other matches but I see it now in consecutive matches of our games and it has to stop," Tuchel told reporters.

The German said he thought Chelsea had overcome the defensive frailties that contributed to their 4-1 defeat at Stamford Bridge to Brentford and their 3-1 home loss to Real Madrid in the Champions League earlier this month after solid performances more recently.

"They get the full praise when they do it like they did it the last three matches and they have to face the reality that this is impossible to win matches like this," Tuchel said.

Tuchel also lamented the penalty conceded in injury time when Cesar Azpilicueta fouled Bukayo Saka who scored from the spot to seal the 4-2 win.

"We have three ball losses in 10 seconds and then we do a foul where it's ... not even the slightest danger... and we rob ourselves the chance to have six minutes maybe for the equaliser," he said.