Premier League transfer activity hots up prior to Monday deadline

West Ham, Tottenham and Newcastle among clubs still scouting for new signings as Everton and Manchester United mull over new tacticians for their teams 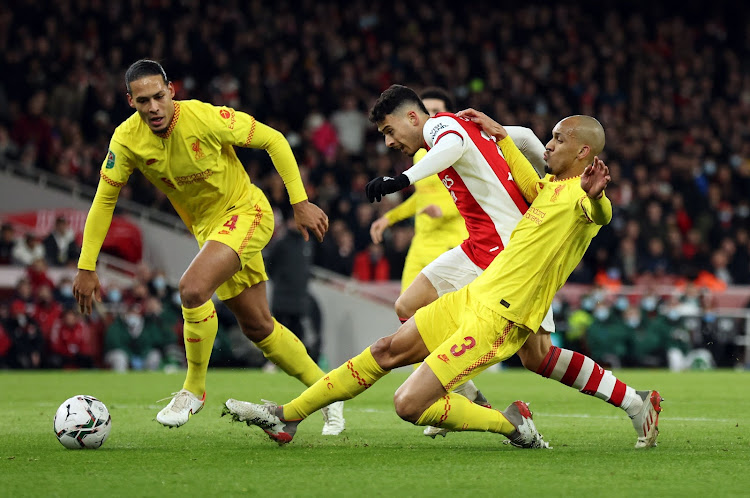 KLOPP WORRIED ABOUT HIS DEFENSIVE PAIR

Several Premier League team coaches have learned how to beat Liverpool and Crystal Palace exposed the Reds last weekend and were lucky not to score three or four goals.

The Reds pulled through but manager Jurgen Klopp is worried that his defence is under strength. He is concerned about his centre-back pairing of Virgil van Dijk and Joel Matip who are playing well below their best.

Virgil’s return, after a long injury lay off, has not gone to plan and Klopp is spending much of his time working with the pair.

Teams are tending to play long balls, which fall behind the defensive pair, for strikers to run on to after Klopp’s approach of pressing upfield is leaving space at the back.

RAPHINHA TO EARN £5MILLION A YEAR

As Liverpool, Chelsea and Bayern Munich register their interest in striker Raphinha, Leeds aim to make him their highest paid player on £100k a week.

The 25-year-old has been in excellent form this season and has been the stand-out star in a difficult run of matches for manager Marcelo Bielsa.

Leeds have offered £20million for Red Salzburg’s USA midfielder Brendon Aaronson after £15million was turned down.

Manchester United executives are carefully monitoring Ajax boss Erik Ten Hag and he has moved in front of Pochettino and Rangnick to take over the coach’s job for next season.

The board have been impressed with Ajax this season and particularly their defensive record with only five goals scored against them in 20 games.

Rangnick is not getting the best out of his superstar line-up and Ten Hag’s reputation is growing week by week. Ajax beat title rivals PSV Einhoven last Sunday with a 2-1 away win.

CONTE COULD MOVE FOR DYBALA

Players can now negotiate contract agreements with other clubs if their deals expire at the end of the season. One player on Antonio Conte’s list is Juventus striker Paulo Dybala and his contract runs out in June.

Conte is anxious to begin his Tottenham rebuild and the Argentinian is having a good season at Juve having scored eight goals and four assists in 17 games.

Although a current move is difficult and unlikely Spurs tried to sign him in 2019 however they pulled out of a £69million deal. Dybala would tick a lot of boxes as he can play any forward position and also work as a number 10 second striker.

Bringing in a player of Dybala’s undoubted quality would make a big statement as to the club’s intentions to invest to start winning trophies which will please Harry Kane who will not stay with the club if it doesn’t move forward under Conte. 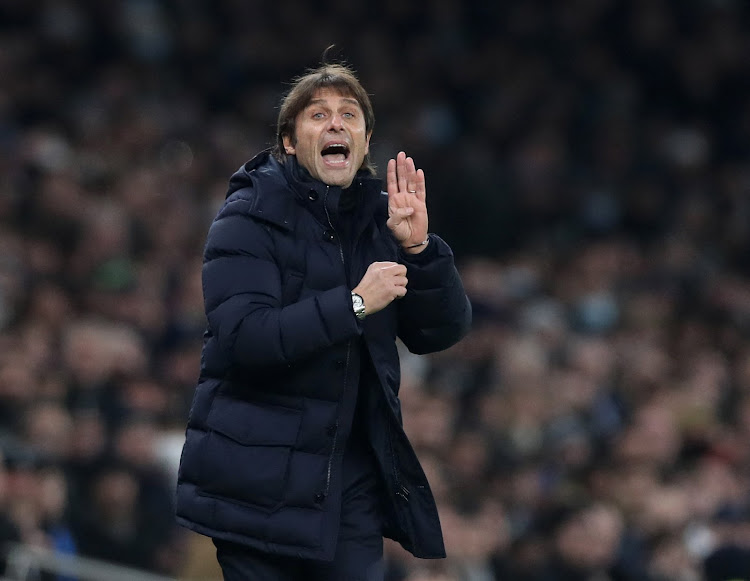 Juve are said to be working on a larger salary for Dybala. However, Antonio Conte has influence in Italy and Dybala will most certainly be looking at the Premier League now that he can decide his own future.

Tottenham have received notice from Portugese club Porto that they will not sell Luis Diaz for the offer of £37.6million. The 25-year-old has a £66million release clause in his contract and Spurs have been told to come back with a higher offer.

Meanwhile, Wolves player Adama Traore is hopeful of joining Spurs in time for training next week as Conte wants to convert him from a winger to an attacking wing-back.

He believes Traore can make chances for Kane and Son upfront. Conte has made it public that Giovani Lo Celso and Dele Alli are available but so far no offers have come in but Newcastle are interested in Alli as manager Eddie Howe looks to strengthen his squad in order to avoid relegation.

EVERTON FAVOUR PEREIRA TO TAKE OVER FROM RAFA

Everton fans are not happy that owner Farhad Moshiri favours Vitor Pereira to take over from sacked Rafa Benitez. Pereira is available immediately after being sacked by Turkish club Fenerbahce in December after only five months at the club.

Everton’s board have advised Moshiri against bringing in Pereira and fans protested in the centre of Liverpool on Tuesday evening chanting that they did not want Rafa Benitez and they don’t want Pereira.

They have a point because Periera has no Premier League experience having previously managed Porto. The Premier League is the toughest in the world and only the best survive.

Frank Lampard and Wayne Rooney's names kept cropping up but no formal offers were made for either manager. Moshiri might well have made another disastrous decision and he will have only himself to blame if Pereira fails.

West Ham manager David Moyes has told his joint chairmen that he requires a striker and defender in the race to qualify for the Champions League next season.

The transfer window closes on Monday and he is looking for a central defender now that Angelo Ogbonna has been ruled out for the rest of the season.

The return of Kurt Zouma last weekend brought some stability to the defence but Moyes says he needs more quality at the back.

Liverpool’s Nathaniel Phillips is a target for Moyes who has the final say on transfers. He also wants competition for Michail Antonio and is looking at Ben Brereton Diaz who has scored 20 goals for Championship side Blackburn this season.

This move is complicated because the player has flown to South America to play for Chile. 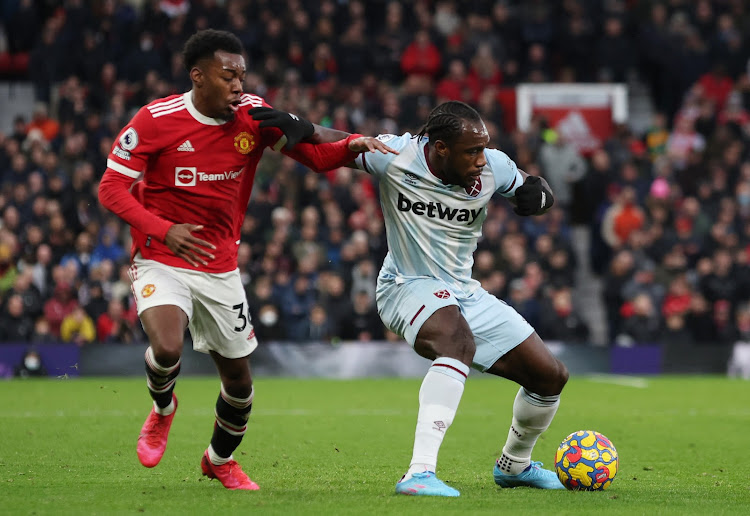 GOODBYE MARTIAL UNTIL THE SUMMER

Sevilla agreed to pay 80 per cent of Martial’s £200k a week salary but the player has agreed to take a pay cut to £150k. Martial flew to Spain on Wednesday for a medical and visited the training ground.

Sevilla are second in La Liga and only four points behind leaders Real Madrid. Apparently, there is no clause in Martial’s loan contract which says Seville has to buy him at the end of the loan period.

CAN WATFORD STAY IN THE PREMIER LEAGUE?

It is a tough challenge for ex-Crystal Palace manager Roy Hodgson to save Watford from relegation.

Owner Gio Pozzi is notorious for hiring and sacking managers without giving them the chance to improve the club and this season Roy Hodgson is the third.

In ten years of ownership, Pozzi has hired and fired an incredible 16 managers!

The executive board of Watford met last Saturday and decided that after a disastrous run of 2 wins in 14 matches Claudio Ranieri had to go.

Pozzi thought Ranieri would bring the club stability and improvement but the Italian failed to make any real progress in his four months in charge.

Pozzi has turned to Hodgson and briefed him to do exactly the same job. Ranieri’s heart was never totally in the job at Vicarage Road.

He was distanced from the owner and rarely mixed with the players. He was usually the last one to arrive at training and the first one out.

His family was more important to him on a personal level. He is extremely likeable, honourable and a man of integrity but his stay at Watford was always a non-starter.

Word from Cobham training ground is that Chelsea are watching the situation at Barcelona surrounding Ousmane Dembele but given that we are at the end of the transfer period, a deal is unlikely.

However, as I write this, his agents are still speaking to Chelsea. Barca manager Xavi is fed up with Dembele not signing a new contract and leaving his options open for a January or summer move.

Chelsea have £12.5million ready to pay Barcelona but local fans are hoping he will stay and they are putting pressure on the club to keep him.

Xavi was outspoken when he told us, “We can't wait for Ousmane. He either renew his contract or a solution to sell him in January must be found. There is no other way.” 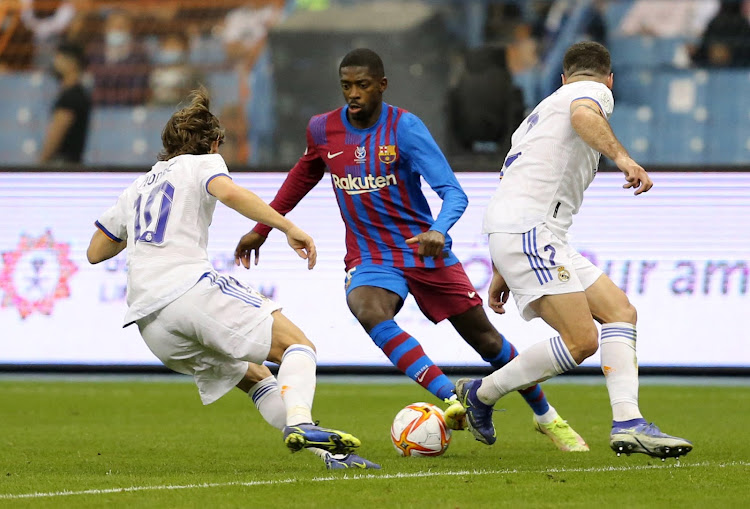 There is confusion between Dembele who says he would prefer to stay and his agent who says he wants to leave.”

THOMAS FRANK TIES HIMSELF TO BRENTFORD

Brentford manager Thomas Frank has signed a new contract which keeps him at the club for the next three years.

Forty-eight-year-old Frank was assistant to Dean Smith at Aston Villa before taking over at Brentford in 2018 and his style of play has brought success to the club which currently sits in 14th place in the PL.

He said this week, “I feel privileged for the chance to continue this fantastic journey and we have created a lot of Brentford history together.”

BARKLEY OUT AND ASENSIO IN AT CHELSEA?

I am hearing that Newcastle have been in discussions with Chelsea about Ross Barkley. The midfielder has limited opportunities at Stamford Bridge due to the strong squad.

Newcastle manager Eddie Howe put Manchester United winger Jesse Lingard on top of his priority list and the pursuit of Barkley very much rests on how Lingard’s deal goes.

Meanwhile, Chelsea have made enquiries about Spanish winger Marco Asensio and it has been reported to me from Spain that Stamford Bridge executives have been discussing his position by phone with a planned flight to Madrid if a transfer looks possible.