•Martial joined United in the 2015/16 season and scored 79 goals in 269 appearances, but had grown into an increasingly peripheral figure this season.

•Earlier in the month Rangnick said Martial had refused to be part of the squad for the Premier League draw with Aston Villa, which the player denied. 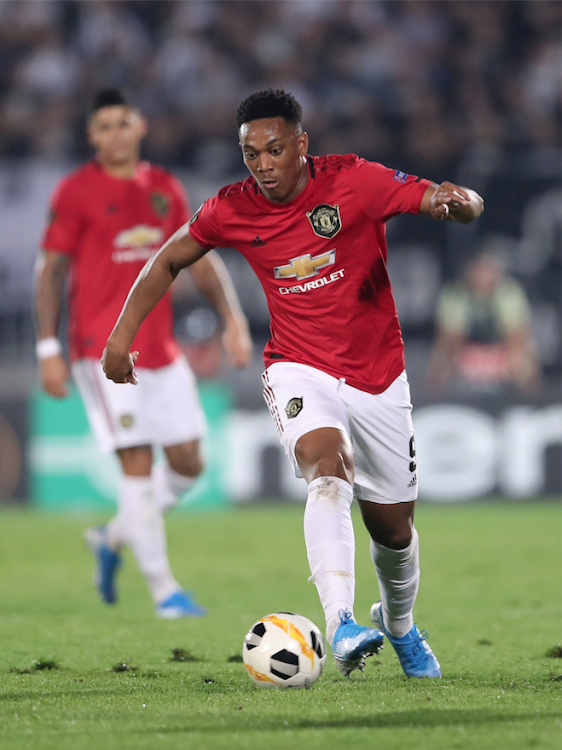 Sevilla have confirmed the loan signing of Manchester United forward Anthony Martial for the remainder of the season after the France international sealed his desired move away from Old Trafford on Tuesday.

"Sevilla FC and Manchester United FC have reached an agreement which will see Anthony Martial join the club on loan until the end of the current season," the LaLiga side said in a statement.

The 26-year-old has started only two premier league games this campaign with his final appearance coming off the bench in the 1-0 win over West Ham United on Saturday, which now looks like a potential farewell for good.

Martial joined United in the 2015/16 season and scored 79 goals in 269 appearances, but had grown into an increasingly peripheral figure this season.

United interim manager Ralf Rangnick had praised Martial for the way he had conducted himself after the weekend win over The Hammers, despite the forward making it clear he wanted to leave the club.

"I know that he is a top player one of the best strikers in the Premier League -- but we have other players in his position," Rangnick told reporters.

"It is his wish to leave but, like I said to him, it always takes different parts to find an agreement."

Earlier in the month Rangnick said Martial had refused to be part of the squad for the Premier League draw with Aston Villa, which the player denied.

Sevilla are currently second in LaLiga, four points behind leaders Real Madrid and 11 ahead of Barcelona.

They will hope his goals can keep them in the hunt as they seek a first title success since the 1945-46 campaign.

Martial has also played for Olympique Lyonnais and Monaco in Ligue 1 and was part of the France side that finished runners-up at the 2016 European Championship.

However, he did not make the squad for the World Cup triumph in Russia in 2018.

There are several rivalries and unrest inside Man United

Martial thinks time is up for him to leave Manchester United

Martial has made just ten appearances in all competitions this season and is fed up with his lack of game time.
Sports
5 months ago
by REUTERS
Football
26 January 2022 - 15:12