Earlier this season, there was alleged chanting aimed at Chelsea loanee players Billy Gilmour and Conor Gallagher and at Chelsea's Carabao Cup semi against Tottenham 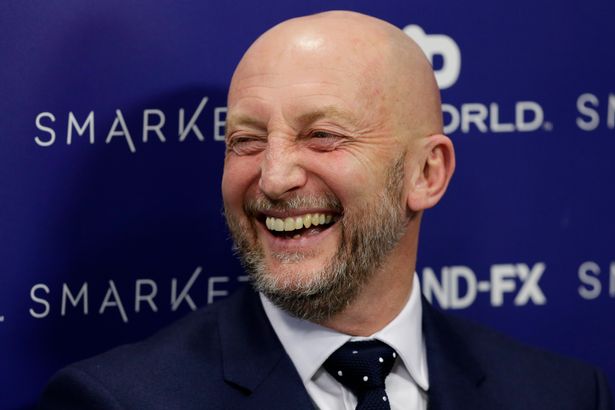 Ian Holloway has told a new Channel 4 documentary he believes football is homophobic.

The former QPR, Leicester and Crystal Palace boss said he would actively encourage gay players to come out.

The 58-year-old, who was most recently in charge at Grimsby Town, was speaking to Channel 4's 'Football's Coming Out', released on Tuesday.

"Being brutally honest, I do believe football is homophobic," he said.

Holloway said he would be proud if a player under his management came out.

"It means the trust that I want to build is there," he said. "I would talk to them before anyone else about what they are gaining from it and why they believe they need to do it. I would encourage them to be their authentic self."

"Anybody in the group who was negative towards that I would get rid of, without a shadow of a doubt, because they are not a human being that I would want to put my name to."

'They just don't feel comfortable yet to be themselves'

There are no openly gay players in the Premier League or Football League in England, while Adelaide United's Josh Cavallo is the only openly gay male player in any professional top-flight division.

Earlier this season, there was alleged homophobic chanting aimed at Chelsea loanee players Billy Gilmour and Conor Gallagher and there was an alleged incident at Chelsea's Carabao Cup semi-final against Tottenham earlier this month.

The Premier League has partnered with Stonewall's Rainbow Laces campaign which is aimed at encouraging more acceptance of LGBT+ diversity.

Meanwhile, Football v Homophobia is an initiative that challenges homophobia at all levels of football - from grassroots to professional clubs.

He said he was "100%" sure there are "gay men in elite football in this country", adding: "They just don't feel comfortable yet to be themselves.

"There are a lot of negatives about social media, you can also spread positivity and acceptance. The acceptance has removed some of the fear. It has fully flipped on its head. The minority are the racists, are the homophobes and the sexists.

"They are a lot quieter because they are cowards, and now they are massively outnumbered. It is the perfect time for people to be able to embrace who they are and live the life they want to live."

The Premier League is partnered with Stonewall's Rainbow Laces campaign to promote LGBT+ inclusion in football.

It shouldn't be that big of an issue - Bamford

Leeds United and England striker Patrick Bamford believes that if any of his teammates wanted to come out they would be supported at Elland Road.

"I know in our changing room, I don't think there would be too much of a reaction," he told the documentary. "It shouldn't be that big of an issue in this day and age.

"I would let them know that if they have any worries or issues, if they need to talk to someone, then I am here to talk to.

"Don't think just because you've come out that anything has changed. We're still mates. Nothing should change."