•A few metres away at Kasarani Annex, visiting Kakamega Homeboyz rallied from a goal down to edge close title challengers KCB 3-2, effectively consolidating their position at the summit of the table. 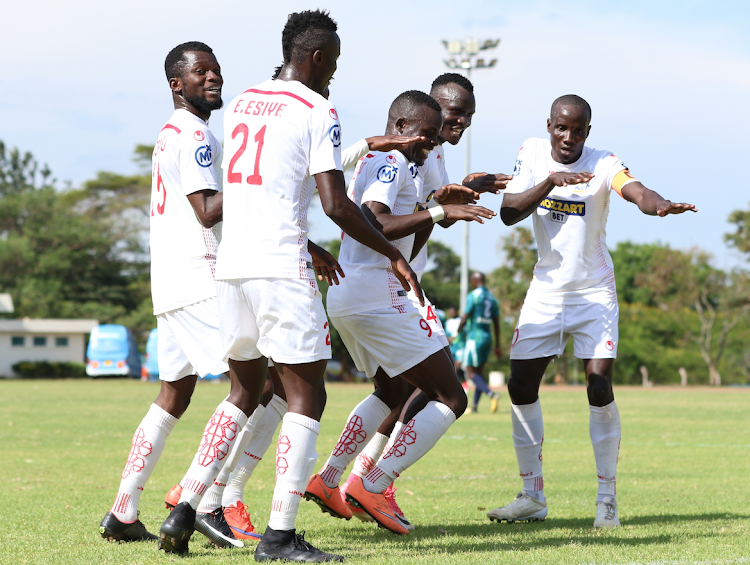 Gor Mahia head gaffer Mark Harrison has extolled his charges for shaking off an abrasive challenge to pip debutants Talanta 2-0 in an action-packed Kenyan Premier League thriller at Moi Stadium, Kasarani on Sunday.

Harrison said the win that fired them to the third spot put them on course for title contention but warned his players against resting on their laurels, adding it was still too early in the day to start celebrating.

“We experienced some back-to-back losses but now we have bounced back strongly with back-to-back wins, I believe we still need to keep building because we still have a long way to go, about 20 more games,” said Harrison.

“We still have a game in hand and if we can win that game we shall be three points within the leaders.

Talanta head coach Ken Kenyatta reckoned they were the better side only that lady luck didn't smile on them.

“I feel we should have won but losing is part of football. We have to take it positively so that we can plan for our next game,” said Kenyatta.

“I think he was so much in a hurry. I don't know why yet he was in the box and protected by the laws of the game.

Attacking midfielder Austin Odhiambo was the toast of the day, netting a brace in the second half to cap off K'Ogalo's scintillating performance.

Boniface Omondi's resplendent cross from the right channel found Austin Odhiambo strategically placed to nod in the opener in the 76th minute.

Then Odhiambo came back to haunt the opponents with a stoppage-time screamer that sealed all the three points for K'Ogalo.

A few metres away at Kasarani Annex, visiting Kakamega Homeboyz rallied from a goal down to edge close title challengers KCB 3-2, effectively consolidating their position at the summit of the table.

An end-to-end game with a flurry of chances for both sides, David Odhiambo squandered an opportunity to break the deadlock in the 11th minute.

Homeboyz must have rued the lost opportunity given Baraka Badi put the bankers ahead in the 14th minute from the spot after Simon Munala sent tumbling inside the box.

Bidco United and Sofapaka played out to a one-all draw at Nyayo Stadium while Vihiga Bullets held visiting Bandari 1-1 at Bukhungu Stadium.

Following Sunday's results, Gor have ascended to the third spot with 25 points, six adrift leaders Kakamega Homeboyz while KCB have slumped to fourth spot, after being dislodged by Nairobi City Stars.