Haller was disappointed in his side's 1-0 win over Equatorial Guinea having arrived at the tournament in Cameroon as one of the standout players.

•Haller has scored 22 goals this season for Dutch champions Ajax, including a remarkable 10 in six games in the Champions League group stage.

•He made his debut for the Elephants in AFCON qualifying in November 2020. 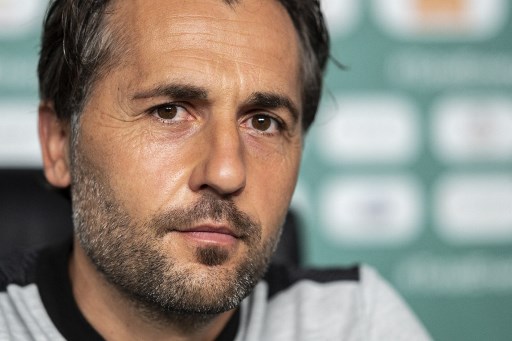 Ivory Coast coach Patrice Beaumelle has shrugged off criticism of star striker Sebastien Haller and hopes the Ajax marksman will quickly find his best form at the Africa Cup of Nations.

Haller was disappointed in his side's 1-0 win over Equatorial Guinea having arrived at the tournament in Cameroon as one of the standout players of this season's UEFA Champions League with Ajax, but Beaumelle said it was unfair to expect too much too soon from the 27-year-old.

"He was stuck indoors for 10 days with Covid and only arrived two days before the first match," Beaumelle told reporters on Saturday ahead of the Ivorians' second Group E game against west African rivals Sierra Leone in Douala on Sunday.

"I decided to play him from the start in the first game so he could get his first experience of the AFCON and the intensity of it, given that it is a step up from what you get in the qualifiers.

"It was important for him to start but now I think, with three or four more days under his belt, he is becoming better acclimatised like all the players.

"I expect more from him, and he expects more from himself. I think he was a bit disappointed with his performance, but he is a competitor and I am sure he will bring a lot to the team in the coming games."

Haller has scored 22 goals this season for Dutch champions Ajax, including a remarkable 10 in six games in the Champions League group stage.

Born and brought up in the Paris suburbs, he played for France Under-21s but opted to represent the Ivory Coast the land of his mother's birth after getting the call aged 26.

He made his debut for the Elephants in AFCON qualifying in November 2020.

Meanwhile, right-back Serge Aurier said the Ivory Coast squad had been boosted by a visit during the week from Didier Drogba, the Elephants legend who played in two AFCON final defeats, in 2006 and 2012.

"It's always nice to see him but for some youngsters who had still not met him it was a dream come true," said Villarreal defender Aurier of the now 43-year-old Drogba, who took part in training with the squad.

"We need the veterans to come and share some of their experiences. It gives positive energy to the squad to see players who brought glory to Ivorian football."

Caretaker coach Augustine Eguavoen was without forwards Victor Osimhen, Emmanuel Dennis and Odion Ighalo but his team went on the offensive from the ...
Sports
4 months ago

Drama, delays and domestic unrest: why hosting Afcon is so important for Cameroon

For Cameroon, there is intensifying pressure to host a successful tournament for both on-pitch and off-pitch reasons.
Sports
4 months ago
by AFP
Football
17 January 2022 - 05:00