•“We need to think about Brighton & Hove Albion in three days, win that one, keep training hard, and not look at the table at this moment.”— Alonso

•Chelsea manager Thomas Tuchel raised concerns over Chelsea’s inability to pose a threat to City’s defence, which were echoed Spanish full back Alonso. 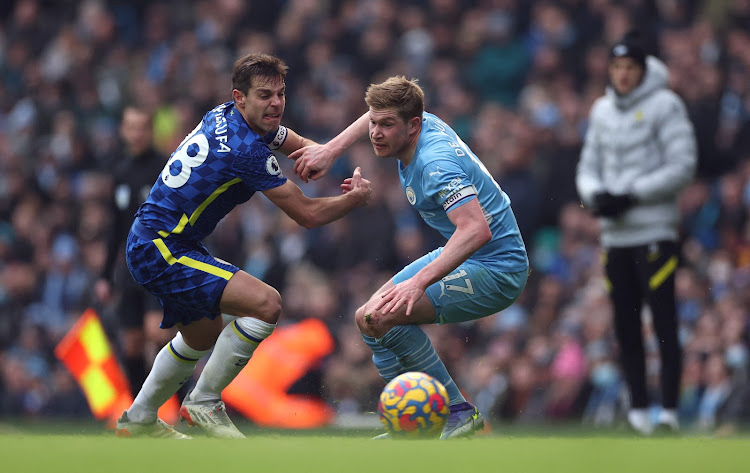 Chelsea defender Marcos Alonso believes his side may have squandered their last chance to stay in the Premier League title race after they lost 1-0 to leaders Manchester City on Saturday.

“It’s disappointing,” Alonso told Chelsea’s website. “It was maybe the last chance to keep on fighting for the Premier League.

“We will keep trying until the end, until it’s gone mathematically, but it will be difficult now.

“We need to think about Brighton & Hove Albion in three days, win that one, keep training hard and not look at the table at this moment.”

Chelsea manager Thomas Tuchel raised concerns over Chelsea’s inability to pose a threat to City’s defence, which were echoed Spanish full back Alonso.

“The chances were there but we just lacked a bit of good decision-making in the last third to create even more chances or to score the couple of chances we had,” he said.

“We had a couple of chances to go 1-0 up and we were not that far from getting something from the match.

“We expected something like this before the game but we competed well so of course we are disappointed.”

Elsewhere, Newcastle United winger Allan Saint-Maximin has called on his teammates to “stop talking and to show” following another disappointing draw for the Magpies as they once again let a late lead slip in their Premier League game with Watford.

Saint-Maximin scored a virtuoso solo goal early in the second half and suffered his fair share of tough tackles during the 90 minutes, only to see Newcastle concede an equaliser in the 88th minute as the game ended in a 1-1 draw.

“We cannot just feel like it’s finished. We know we have a really good quality and what we can do. It’s time to stop talking and to show,” he told the BBC.

“We really have to do some things against it, because if this keeps going we will not stay in the league. At the moment it is not enough.”

The 24-year-old French winger has been one of the few bright spots for the Magpies in a season where they have struggled, but even he was disappointed with Saturday’s capitulation to fellow strugglers Watford.

“When they score in the 88th minute, and you have only a few minutes left, it is the same story. It becomes really difficult to score. It’s a good draw for Watford and really bad for Newcastle,” he said.

With Newcastle still stuck in the relegation places, he is hoping for some help from new signing Chris Wood, who made his debut after signing from Burnley earlier in the week.

“He can give a lot to Newcastle. He needs more time to know how to play with the players, but I think he will help the team. He is a big guy and can score important goals for Newcastle, we really need him to win games,” Saint-Maximin said.