Manchester United’s interim coach Ralf Rangnick has spent much of his time at the club quelling rumours and trying to boost team morale.

•Patrick Viera and his Crystal Palace management are in discussion to sign Arsenal’s Eddie Nketiah.

•Thomas Tuchel is worried about his cover for the Chelsea wing-back positions. 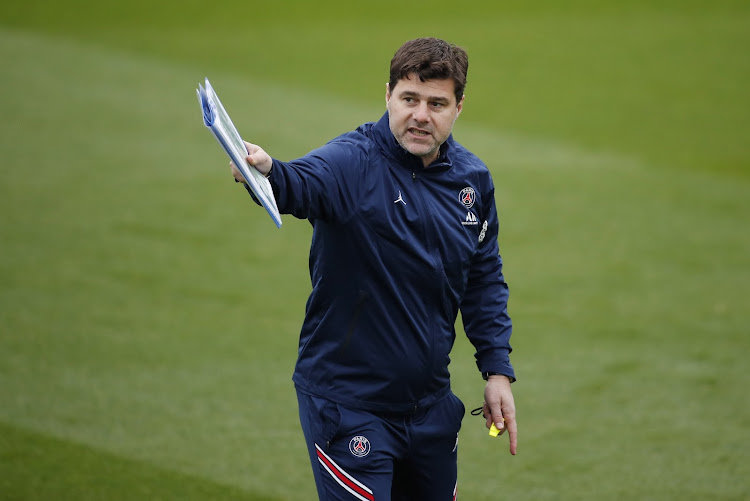 I understand that Mauricio Pochettino is edging ever closer to agreeing on a deal to take over at Manchester United next summer when Ralf Rangnick’s temporary deal comes to an end.

However, Paris St Germain have other ideas. When Pochettino agreed to manage PSG he signed only an 18-month deal. He failed to win the French title last year but did win the Coupe de France crown. This season is very different and the French giants are currently 13 points ahead in Ligue 1.

To win the title would be the perfect springboard to re-enter the Premier League. I have learned that the Argentine has told his bosses he would like to leave at the end of the season but they did not readily agree. United would have to pay £10m in compensation and will offer Pochettino a four-year deal.

Because of Pochettino’s possible complications, United are keeping close tabs on Erik Ten Hag who has guided Ajax to two Dutch Eredivisie titles since taking over in 2017.

PSG would have agreed to let Pochettino go but when they approached their chosen replacement Zinedine Zidan, he turned them down stating that he did not want a return to management just yet.

Temporary United manager Ralf Rangnick is having a tough time at United with a dressing room breakdown and players questioning his training tactics and strategies which some claim they do not understand. 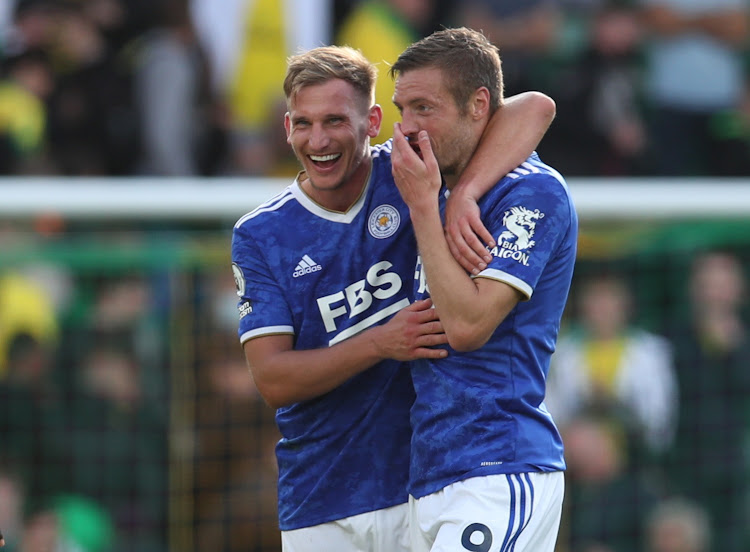 Having spoken with my Leicester sources, I regret to report that Jamie Vardy will now be out of action until March. It is disappointing for the striker and a bitter blow to manager Brendan Rogers as he fights for a top-four Champions League spot. Originally, I was told that Jamie could miss four weeks of football but the hamstring damage is worse than the club medical team anticipated. The only piece of good news is that he doesn’t need an operation. Meanwhile captain Jonny Evans sadly does require surgery on his hamstring and is unlikely to be fit before April.

Nketiah being tracked by Palace

Patrick Viera and his Crystal Palace management are in discussion to sign Arsenal’s Eddie Nketiah.

Palace offered £12m last summer but this was rejected. However, Arsenal have come back to the negotiating table with a demand for £20m.

Nketiah feels he has not been given fair game time by Mikel Arteta and has turned down the offer of a new contract unless he is guaranteed more first-team opportunities. His contract expires next summer when he could leave for free.

I have heard that a German side has made enquiries to take him on a free transfer in June. Eddie has not started in his three league appearances this season but has scored five times in the Carabao Cup.

Arteta doesn’t want Nketiah to leave as he would be short of striking options unless he repairs his relationship with Pierre-Emerick Aubameyang.

The Arsenal manager is also interested in Fiorentina’s Dusan Vlahovic who is also on Spur’s radar. 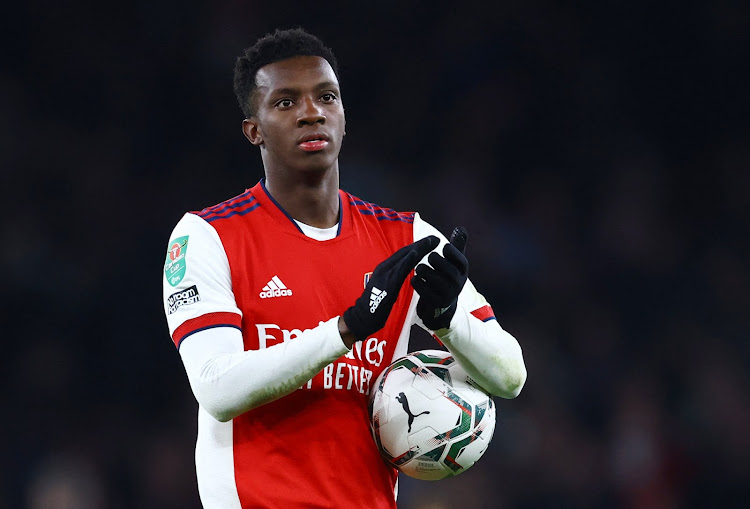 Arsenal's Eddie Nketiah with the match ball celebrates after the match
Image: REUTERS

I hear from Manchester United that Paul Pogba has suffered yet another setback in his fight for fitness.

He has aggravated his thigh injury and manager Ralf Rangnick said: “He’s not in training with the team. As far as I know from the medical department, it will last another three or four weeks and once he is fit to train, it does not mean he will immediately be match fit.”

Antonio Conte has sent a clear message boss Daniel Levy…"We must strengthen our squad if we are going to progress with our rebuild plan.” Losing 0-1 to League 1 team Morecambe with only 20 minutes to go before being dumped out of the FA Cup, Conte brought on Harry Kane, Lucas Moura and Oliver Skipp.

In those remaining 20 minutes the three turned the game around and Spur’s won 3-1. The same happened at NS Mura in Slovenia in the Europa Conference match.

The minnow club were giving Spur’s a lesson before Conte brought on Lucas, Son Heung-min, Pierre Emile Hojbjerg, Eric Dier and Ben Davies to again turn the match and win. Spurs failed to do the same to Chelsea in midweek.

Conte used those facts to tell Levy that he needs recruits. I understand that Wolves winger Adama Traore is wanted by Conte and he is making an attacking right wing-back a priority.

Wolves have indicated that they are willing to let the 25-year-old Spaniard leave. Spur’s scouts have also been watching Fiorentina’s striker Dusan Vlahovic but he is also of interest to Arsenal, AC Milan, Juventus and Newcastle.

Thomas Tuchel is worried about his cover for the Chelsea wing-back positions. With Ben Chilwell’s injury ruling him out for a long period,  the Blues are in negotiation to bring Emerson Palmieri back from French club Lyon. Tuchel is particularly anxious to sign another right wing-back. 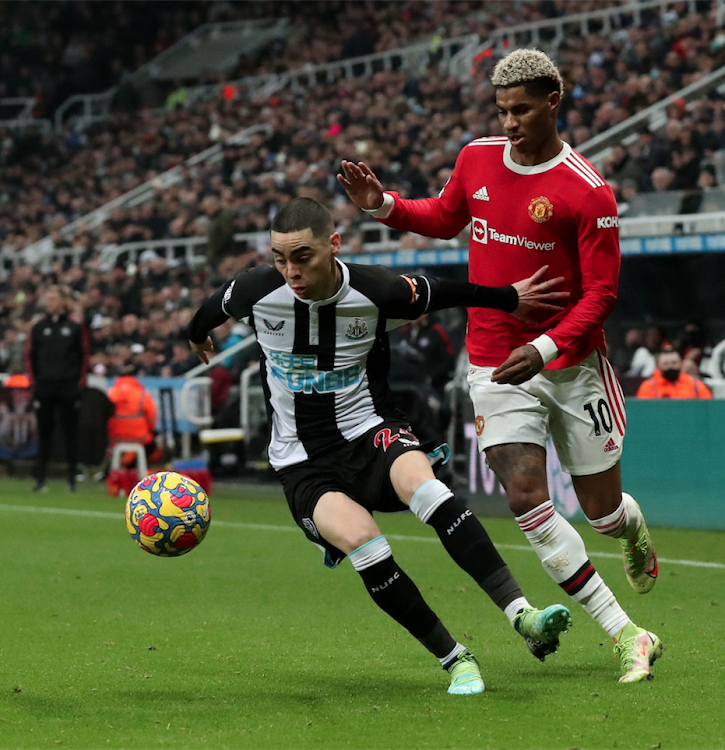 To encourage top players to join Newcastle despite their current perilous position at the foot of the PL table, they are preparing to insert into the contracts of new players a clause that releases them from having to remain with the club if they drop out of the top tier.

The club are also inserting pay cuts if they drop into the Championship and therefore both players and the club are protected from a disastrous situation. It would indeed be amazing to see the world’s richest club in the second tier.

Burnley’s Chris Wood underwent a medical in Newcastle this week after triggering a release clause in his contract. He could make his debut against Watford this weekend.

Burnley are furious that Wood spent part of the week in Newcastle preparing to move across northern England from the west to the east. Burnley are fighting with Newcastle to avoid relegation and to lose Woods to a rival is seen as disloyal.

The teams are level on points in the bottom three. Wood has scored 53 goals in 165 games and interestingly the two teams meet on the final day of the season which could determine who stays up and who goes down.

The Baggies are also looking at Lille’s Sven Botman and Sevilla’s Diego Carlos but have had preliminary talks with Marseille’s Senegal forward Bamba Dieng who would cost about £15million.

Newcastle also revealed they are turning their attention to another player targeted by manager Eddie Howe, the French Monaco centre-back Benoit Badiashile who is of interest to West Ham but Newcastle have made the first moves.

Also on their wish list is French sensation Hugo Ekitike who plays for French club Reims and the price for the 19-year-old is likely to be around £30 million.

Star striker Callum Wilson will be out for several weeks and Ekitike could replace him after scoring eight goals and making two assists in 17 games this season. 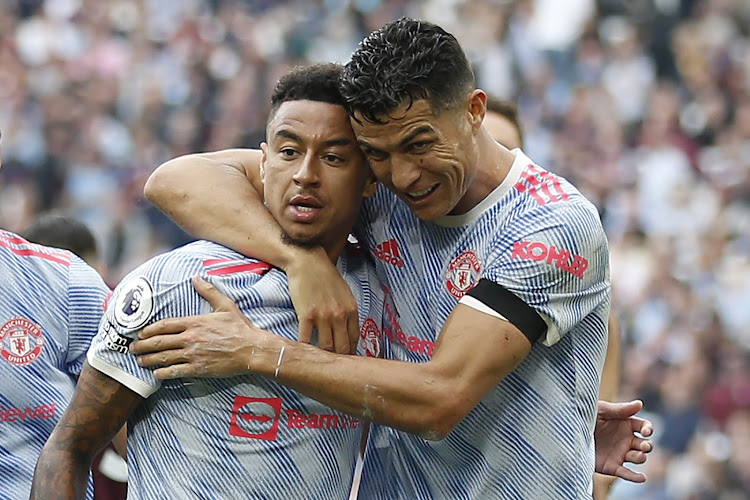 West Ham manager David Moyes has told Manchester United’s Jesse Lingard that he is welcome to return to the club if he decides to leave at the end of the season when he is a free agent. Lingard made a difference during his highly successful loan last season however

Tottenham are also interested in signing him but United have indicated that they will try and secure a new contract with Jesse despite his lack of game time.

Aston Villa manager and ex-Liverpool captain Stephen Gerrard has been accused of letting his hatred of Manchester United affect his judgement regarding Axel Tuanzebe. The defender was at Villa on loan from United and he became a fan’s favourite. When Gerrard arrived he made it clear that Axel wasn’t his No1 choice at centre-back. Axel’s brother, also his agent, says he wanted to stay at Villa Park but he has now been loaned out by United to Italian side Napoli.

Spurs manager Antonio Conte has made it perfectly clear. He will not stand for the poor attitude of Tanguy Ndombele. When replaced in the FA Cup game against Morecambe the man who cost Spurs £55 million took a long time to walk off the pitch and thus held up the game. His body language was of a person who disliked being replaced. He did not shake hands with colleagues as is the custom

and he walked straight into the tunnel. Conte was furious with his attitude and it could mean the end to Ndombele’s Tottenham career. His laid back style of play and

attitude upset supporters and walking off the pitch was an insult to his teammates, manager and fans. Ndombele wanted to leave at the beginning of the season and many at Spurs think his wish might now come true.

Manchester United’s interim coach Ralf Rangnick has spent much of his time at the club quelling rumours and trying to boost team morale. He has received a boost after a half-hour telephone conversation with Edinson Cavani.

his contract with United at least until the summer. Edinson, a proven world-class striker, is a role model for the younger players and Rangnick has asked him to improve Mason Greenwood’s finishing qualities, Other teams would also like to use Cavani’s vast experience in mentoring their young players.

If you ever come to Manchester and visit United to watch a game you might wonder why the tickets are so expensive. I will let you ponder these facts…United lost £92 million last season and £23 million the year before. However, that did not stop the board from approving dividend payments to shareholders, particularly the Glazer family who collected £11.5 million. The same amount will also be paid in six months.