No transfer expectations for Spurs boss, focused on solving problems

• Conte said the transfer policy was down to the club and he was just focussing on trying to extract the best out of the current players.

Tottenham Hotspur manager Antonio Conte says he has “no expectations” over whether the club will strengthen the squad in January but concedes they have many problems to solve.

After last week’s chastening 2-0 defeat by Chelsea in the League Cup semi-final first leg, Conte spoke of the ‘important gap’ that had opened up between his former club and Tottenham.

On the eve of the return leg, Conte said the transfer policy was down to the club and he was just focusing on trying to extract the best out of the current players.

“I don’t have expectations, I’m a coach,” former Chelsea coach Conte, who took charge of Tottenham in November, told reporters. “I know that we have to solve many problems.

Conte said he has held a “good meeting” with the club’s chairman Daniel Levy and managing director of football Fabio Paratici about the way forward.

“I arrived in the middle of the season and sure they know the situation better than me,” the Italian added. “It was a good meeting to speak and to tell them my thoughts about the two months I spent in Tottenham.”

One player who Conte has struggled to get the best out of is record signing Tanguy Ndombele who was booed off by fans when substituted against Morecambe in the FA Cup on Sunday.

Asked for his thoughts on Ndombele’s situation, Conte said: “If I have to tell him something or do something to him, I’ll do this in a private way. Not in front of the media.”

While Chelsea manager Thomas Tuchel rejected suggestions on Tuesday that his side had one foot in the final, Conte knows Tottenham face a huge task.

“We are facing a top team that won the Champions League and in the summer invested a lot of money to improve the squad,” Conte said. “But despite our problems, we have to give everything tomorrow and show great desire and fight to play against this type of team and show that we can improve.”

Tuchel said his side were prepared for a battle to reach the Wembley final. “I would say we have no foot in the final. Not half a foot or one foot, why lose energy thinking about this?” the German said. “We always prepare properly, on the front foot, and have huge respect for the competition and our opponents.

“We were very good in the first game but we will have to be spot on again.” 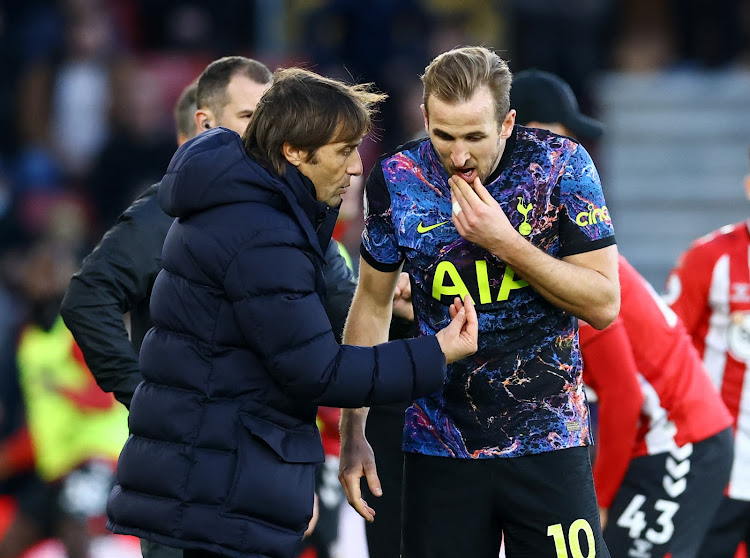