Bowen, 25, has been a stand-out performer for West Ham this season with six goals and 10 assists in 29 games in all competitions.

• As a manager, you enjoy the thought of helping someone become an international-Moyes.

• West Ham are fifth in the Premier League on 34 points after 20 matches, one point outside the top four. 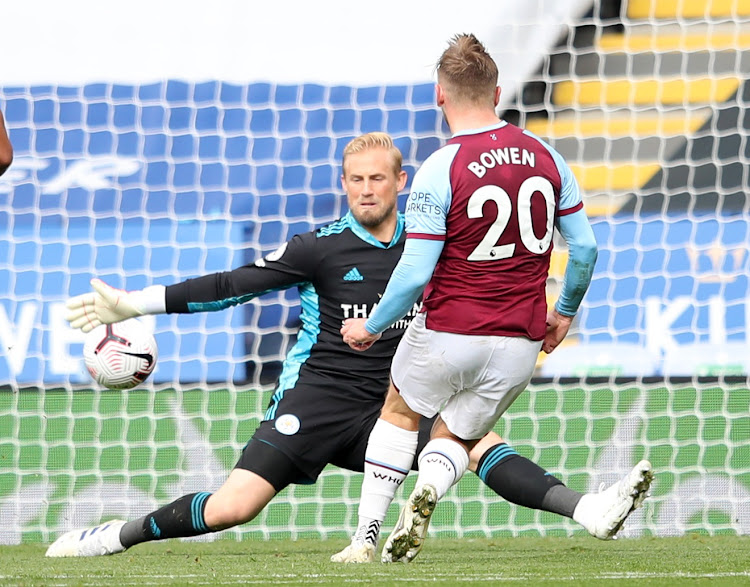 West Ham advanced to the fourth round after Manuel Lanzini scored the opener in the first half and Bowen wrapped up the win with a goal in the final minute of stoppage-time.

Bowen, 25, has been a stand-out performer for West Ham this season with six goals and 10 assists in 29 games in all competitions.

"If he keeps playing at the level he's playing at he's going to get closer," Moyes told reporters. "The competition is so strong in that position, but if you've got wide players who score goals and make assists he's got a chance.

"Hopefully he'll keep that pressure on (England coach) Gareth Southgate. As a manager, you enjoy the thought of helping someone become an international.

"We'll keep pushing Jarrod, keep trying to get him scoring and improve his game - and hopefully get him an England cap."

West Ham are fifth in the Premier League on 34 points after 20 matches, one point outside the top four. They host Norwich City in Wednesday's league game.

They will visit minor league Kidderminster Harriers in the next round of the FA Cup.

Elsewhere, former Mali international Ousmane Coulibaly was in a stable condition in hospital after suffering a heart attack on the pitch during a Qatar Stars League match on Saturday, his wife said on Sunday.

The 32-year-old fullback collapsed in a goalmouth near the end of the first half of Al Wakrah's match against Al Rayyan at Doha's Al Gharafa Stadium and was treated by medical and ambulance staff on the pitch.

"Thank you for your messages of support and love, Ousmane is in stable condition due to his heart attack, he regains consciousness slowly but surely," his wife posted on his Instagram account.

"He is in very good hands. Al hamdoulilah. Many thanks to God and the doctor who saved my husband's life! Thank you to all the staff and the team of Al Wakrah SC.

"I appreciate all you did for us. Let's continue to pray."

Coulibaly was born in Paris and played for French clubs Guincamp and Brest before spells with Platanias and Panathinaikos in the Greek Superleague. He joined Al Wakrah in 2019.

"The Qatar Stars League wishes the player a fast recovery, and we would like to thank the medical staff of both teams, paramedics and doctors for their great efforts during such events," the league said in a statement.

The match, which was abandoned with Al Rayyan winning 1-0, will be completed on Monday at a different stadium.

Coulibaly is not the first professional footballer to suffer a heart attack on the pitch. Danish forward Christian Eriksen suffered a cardiac arrest on the pitch during a European Championship match against Finland in Copenhagen in June last year.

The 29-year-old was fitted with a heart-starting device. His contract with Inter Milan was terminated on medical grounds but he is looking for a new club to continue his career.