Playing football in the shadow of a rebellion

A group of would-be footballers sweat and shine in their kickabout in the late afternoon heat, their boots spraying up little clouds of dust as they run.

• Limbe is the only city in Cameroon’s English-speaking regions hosting Afcon matches and just as Mount Cameroon looms over Erik and Frederick’s pitch, there is a shadow over the tournament here.

• Another example is Ringnyu Lovetta Ngala who set up God’s Grace Cleaning Services, to give displaced people like her work cleaning, doing laundry, weeding, farming and other services. 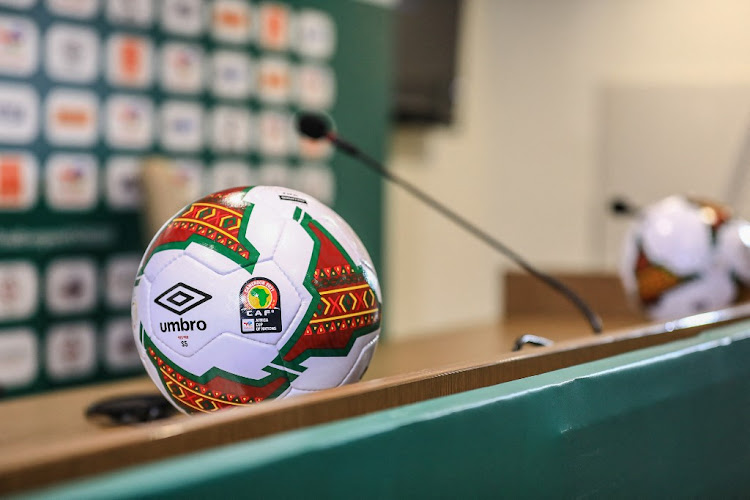 A general view of the official ball of the Africa Cup of Nations2021 in Yaounde on January 8, 2022. The ball is called Toghu, it is the name of a royal and traditional garment of the people of northwestern Cameroon.
Image: AFP

A group of would-be footballers sweat and shine in their kickabout in the late afternoon heat, their boots spraying up little clouds of dust as they run.

They play a stone’s throw away from the mesmerising waves of the Atlantic Ocean, and in the shadow of the triangular peak of Mount Cameroon. They are palpably excited that their town, Limbe, is hosting matches at the Africa Cup of Nations (Afcon). The continent’s showcase international football tournament gets under way on Sunday.

“It’s a great pleasure of us Cameroonians. It will be a pleasure to welcome people from other countries for this great tournament,” says Erik.

Frederick, who plays as a goalkeeper for one of the best teams in Limbe, says he cannot wait to catch a glimpse of Premier League stars like Egypt’s Mohamed Salah and Senegal’s Sadio Mane. Until now he has only been able to watch them on television.

“Maybe I could talk to them, greet them. I would be very happy.”

Limbe is the only city in Cameroon’s English-speaking regions hosting Afcon matches and just as Mount Cameroon looms over Erik and Frederick’s pitch, there is a shadow over the tournament here.

For almost five years Anglophone Cameroon has been ripped apart by civil war. Cameroon was carved up by the French and British, and that colonial legacy left a linguistic divide.

For decades after independence Anglophones complained they were marginalised, with political and economic power concentrated in the hands of the French-speaking majority. In 2016 lawyers and teachers led a peaceful protest movement in Anglophone Cameroon. Many were arrested and within a few months the region was at war. 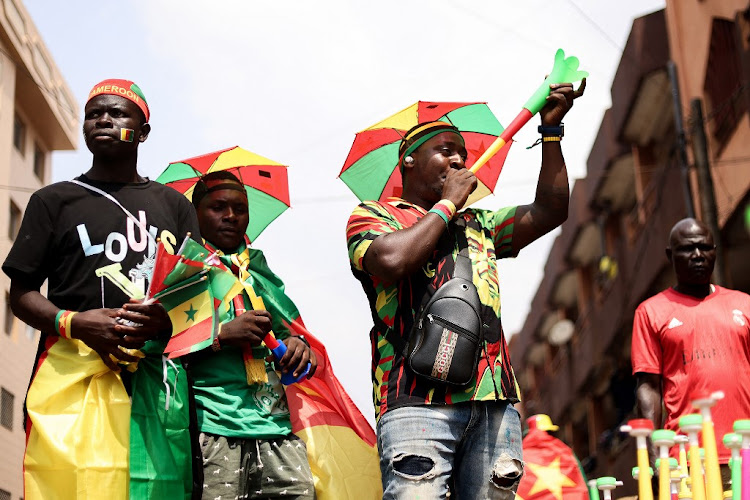 A Cameroon fan blows on a vuvuzela at the central market in Yaounde on January 7
Image: AFP

Nobody knows exactly how many people have died, though both separatist groups and government forces have been accused of atrocities. More than a million people have been forced from their homes.

“It was like hell on earth,” says Akame Kingsly Ngolle, who ran a school in Munyenge - to the north of Limbe - but had to flee when the bullets started flying.

“As an individual everything I had was burned down, my house and every other thing.”

Most of the teachers and pupils made it to Limbe too, and the school is operating again, albeit in rented premises. The wooden walls on the ground floor of the three-storey building make it feel very much like a temporary solution.

The teachers have to deal with many difficulties, including students who have missed out on many years of education. Nobody goes to school - or does much of anything - on Mondays either. Like most of Anglophone Cameroon, Limbe is turned into what is known here as a “ghost town” then, because of the threats of separatist groups to attack anyone who goes to work or school.

Elsewhere in the region schools have been attacked, and pupils and teachers killed. That’s not all. 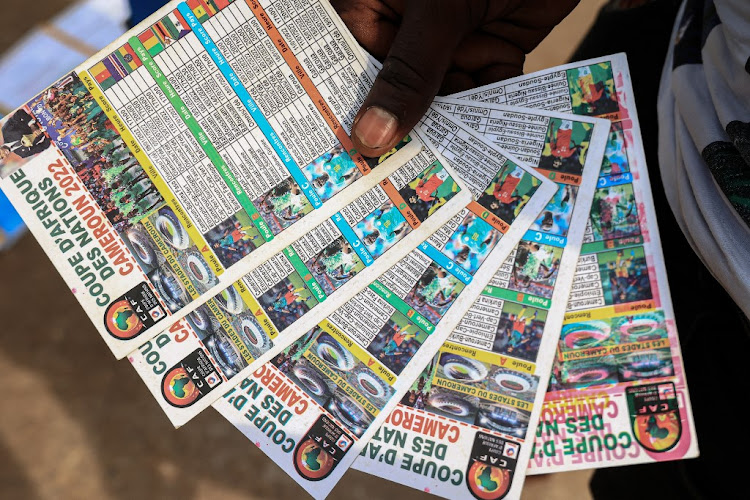 A vendor holds schedules for the Africa Cup of Nations (CAN) in Yaounde on January 5
Image: AFP

Young Augustine Akwa is glad to have found a safe place in Limbe, but he says he and many other displaced students struggle to make ends meet: “Buying text books is hard, even getting enough to eat. These are the difficulties we face.”

It has not deterred him from pursuing his studies though, and he dreams of becoming a petroleum engineer so he can provide for his family.

I found a similar determination to improve their lives in many of the displaced people I met in Limbe.

Another example is Ringnyu Lovetta Ngala who set up God’s Grace Cleaning Services, to give displaced people like her work cleaning, doing laundry, weeding, farming and other services. In a good month, people can earn just more than $40 (£30) not much, perhaps, but enough to pay rent or school fees. Many hope Afcon could bring a little light relief from their daily worries.

It is not just those displaced by the Anglophone conflict who are feeling its effects.

At the Sema Beach Hotel - a sprawling old building right by the sea, with a basketball court on land and a volleyball net in the water - they have been forced to lay off 80 per cent of their staff in recent years, thanks to the crisis and the Covid pandemic.

Afcon may bring in delegations and fans to hotels and keep the markets busy, but what happens after the tournament? And there is also the question of whether it is risky to have games in Limbe.

Separatists do not want the tournament to take place here, and have threatened to disrupt it. 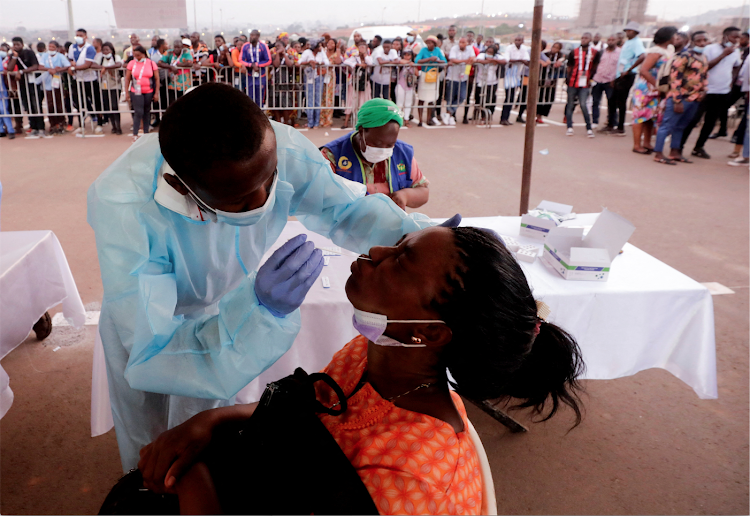 A senior official, Engamba Emmanuel Ledoux, admits a bomb did go off last week - though nobody was hurt - but says the authorities will keep the teams and fans totally safe during the tournament.

As part of that effort, heavily armed soldiers from an elite unit the Rapid Intervention Brigade - can be seen patrolling the streets of Limbe.

Felix Agbor Balla, a lawyer and human rights activist, who was one of the most prominent voices against marginalisation in the peaceful phase of the struggle, believes both the government and the separatists are missing a trick.

He says the separatists should declare a ceasefire for the tournament, and the government should release prisoners, including the separatist leader Ayuk Tabe.

So far there seems little sign of that happening — and little indication the two sides trust each other enough to engage in the sort of meaningful discussions needed to end the crisis. Activists like Esther Njomo Omam make the point that while the men fight it is women and children who suffer the most.

The authorities hope Afcon can bring people together, and even those suspicious of the central government may go to the stadium in Limbe to see the continent’s brightest footballing stars. It will take much more than that, though, to heal the wounds of the last few years. 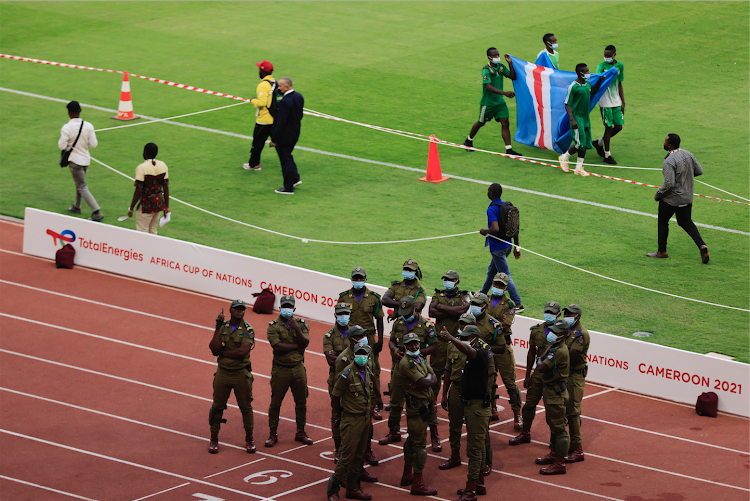