Can Villa awaken Coutinho from nightmare?

When Philippe Coutinho joined Barcelona from Liverpool in January 2018, he described the move as “a dream”.

• On Friday, almost four years to the day since leaving England, the 29-year-old joined Aston Villa on loan for the rest of the 2021-22 season.

• This as part of an overall contribution of 54 goals and 45 assists in 201 Liverpool games — near enough one goal contribution every two games. 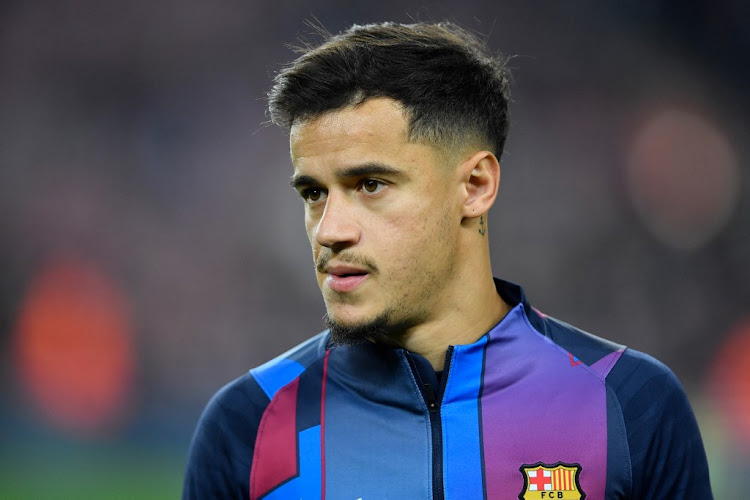 Brazilian midfielder Philippe Coutinho warms up before a league match between Barcelona and Elche CF at the Camp Nou Stadium on December 18, 2021
Image: AFP

When Philippe Coutinho joined Barcelona from Liverpool in January 2018, he described the move as “a dream”. But the four years since have been largely a nightmare for the Brazilian forward.

Bought to replace Neymar, likened to Lionel Messi, with a stellar Premier League stint under his belt and a British record price tag to show for it, Coutinho became a Barca misfit.

On Friday, almost four years to the day since leaving England, the 29-year-old joined Aston Villa on loan for the rest of the 2021-22 season. It returns him to the stage on which he has shone brightest, reunites him with an old colleague in Steven Gerrard and provides the platform for him to rediscover his touch. But will the move to Villa Park revive Coutinho’s career?

There was no disguising Liverpool boss Jurgen Klopp’s disappointment when Coutinho left in 2018.

“It is with great reluctance that we — as a team and club — prepare to say farewell to a good friend, a wonderful person and a fantastic player in Coutinho,” said the German. “The relationship we have for him means with a heavy heart we wish him well.”

Klopp was waving goodbye to a superstar — maybe not the most consistent one in his arsenal, but arguably the most creative and mercurial. He left having contributed 12 goals and eight assists in 20 appearances in 2017-18, including five goals in as many Champions League games.

This as part of an overall contribution of 54 goals and 45 assists in 201 Liverpool games — near enough one goal contribution every two games. And he specialised in the spectacular - a lengthy drive in off the bar at Southampton in February 2015, the dipping 30-yarder at Stoke six months later, that pinpoint free-kick at Arsenal in the first game of the 2016-17 campaign.

His trademark move was cutting in from the left, leaving a backtracking, terrified defender in the dust and letting fly with his right boot.

He scored 19 Premier League goals from outside the penalty area for the Reds. Only his new manager Gerrard (with 33) has managed more for the club in the rebranded English top-flight.

But Liverpool have not looked back. The £105m they received up front as part of the £142m deal was already partly spent on Virgil van Dijk when he left, with Alisson to follow. Mohamed Salah was already in the building.

They reached the Champions League final in the season the Brazilian left, won it the following campaign and then claimed the English top-flight title for the first time in 30 years in 2019-20. While the Reds soared, Coutinho slumped. 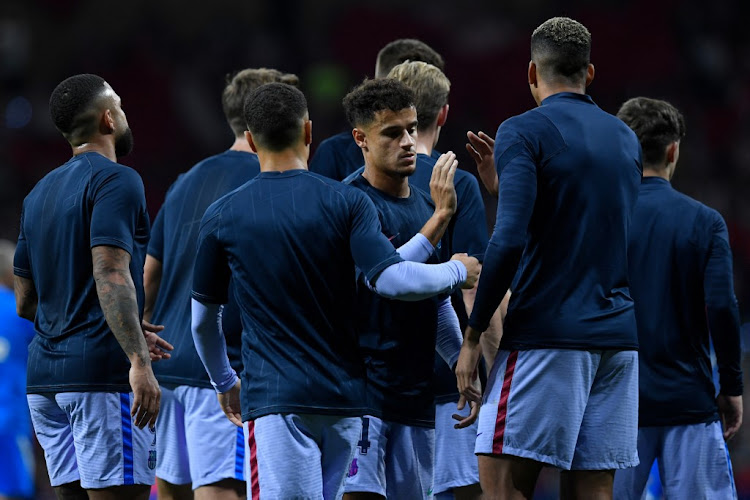 Brazilian midfielder Philippe Coutinho (C) shakes hands with Barcelona teammates prior to a Spanish League match against Atletico Madrid at the Wanda Metropolitano Stadium in Madrid on October 2, 2021
Image: AFP

He arrived at the Nou Camp in the wake of Neymar’s world record £200m departure to Paris St-Germain.

But Barcelona put the pressure on him immediately. They hailed him not only as a replacement for his Brazil team-mate, but also as a successor to the soon-to-leave Andres Iniesta — one of the finest midfielders of his generation.

“It was quickly apparent — as it probably always should have been — that Coutinho was not suited to either of his expected new roles,” Spanish football writer Andy West explained in a piece for BBC Sport in December. “He wanted to play further forward than Iniesta’s disciplined midfield role and more centrally than Neymar’s left-wing slot.

“Instead, he preferred to roam more central areas and find space between the lines of the opposition midfield and defence. But Barca already had someone fulfilling that role and there was no way Coutinho would ever usurp Lionel Messi as the team’s main creator.

“So Coutinho ended up generally getting in Messi’s way, disrupting the team’s rhythm by taking too many touches and reduced to hopeful long-range strikes with sporadic success — leading social media wits to sarcastically dub him ‘Shootinho’.”

It wasn’t all bad. He contributed nine goals and eight assists in 22 appearances in 2017-18. But his stats then tailed off spectacularly.

“They thought he was that Iniesta replacement — a midfielder with poise who can pass a ball. Coutinho is not that player. Her drives with the ball — he is not that fast either — and he has a good shot from outside the box.

“The two or three tricks he had were found out very early. His level and confidence dropped and he never rebelled against that.”

Coutinho had a disappointing 2018-19 campaign. Barcelona then signed Antoine Griezmann, and the Brazilian was shipped out to Bayern Munich on a season-long loan, which Barca hoped would be made permanent.

But he featured in fewer than half of Bayern’s games, and was sent back at the end of his loan. As it turned out, Coutinho’s best moment at Bayern was against his parent club, when he came off the bench to score twice in the infamous 8-2 Champions League humiliation of Barca in August 2020.

He returned to a club in disarray under the presidency of Josep Bartomeu and management of Ronald Koeman. Coutinho showed promise during a run of games, but was then sidelined for eight months after suffering a serious knee injury in December 2020. Now fit again but with no real test of how the injury may have affected him, Coutinho has realised he has no future under Koeman’s successor, Xavi.

He joins Villa with 36 goals and 23 assists to his name in 144 games for Barca and Bayern. 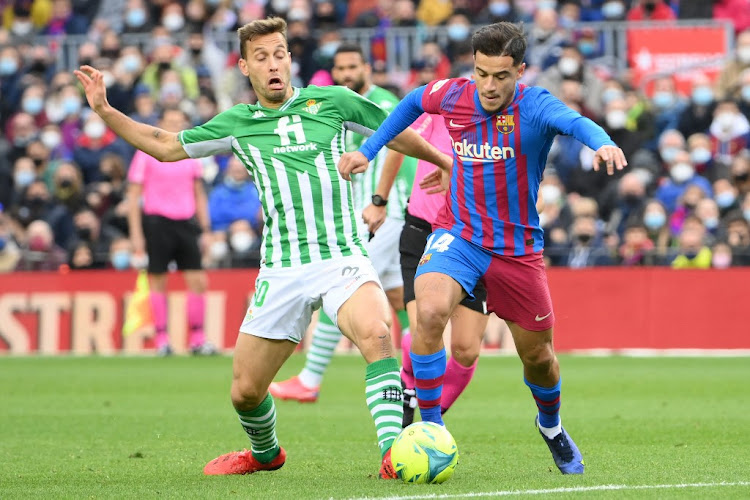 If Coutinho can rediscover form close to his Liverpool level, Aston Villa have a bargain on their hands - one they have the option to turn into a permanent signing in the summer for £33m.

But as Balague explains, there is justifiable scepticism as to what Coutinho can offer now, four years on from leaving Anfield.

“Aston Villa is a little bit the level Coutinho is at now,” he says. “He is not a top-four, top-five player anymore. It is a mental thing. It was suggested he could go to Brazil and I don’t think that would have been a bad idea for him to pick up some confidence and then return to Europe.

“But to come to the Premier League, with the pace and intensity - something that has been missing with his lack of match time - I don’t see him succeeding.”