Looming Afcon debut brings a new energy to The Gambia

The West Africans, who have travelled a long twisting road to arrive at their first finals, are rated 150th in the world, the lowest-ranked side at the tournament.

• “Each time, there is a surprise team — this time we hope it is The Gambia,” Colley told BBC Sport Africa.

• At 29, with 32 caps under his belt, the defender is aiming to make a lasting impact when they compete in Cameroon. 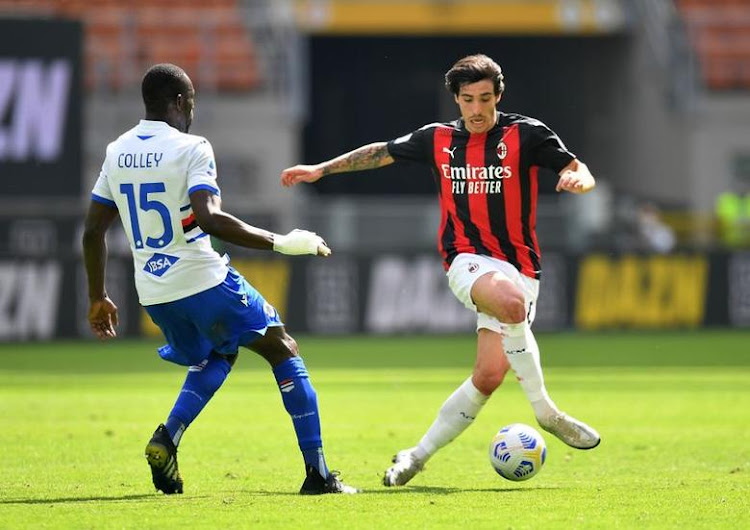 Underdogs The Gambia will create history when they play at the Africa Cup of Nations for the first time this month, with captain Omar Colley hoping the Scorpions can provide a real sting in Cameroon.

The West Africans, who have travelled a long twisting road to arrive at their first finals, are rated 150th in the world, the lowest-ranked side at the tournament.

But this is not deterring the players as they prepare to face Mali, Mauritania and Tunisia in the group stages.

“Each time, there is a surprise team — this time we hope it is The Gambia,” Colley told BBC Sport Africa.

Banned from qualifying as recently as the 2015 edition, The Gambian Football Federation (GFF) has raised its game by increasing incentives, bonuses as well as financial input into coaching staff.

The country also now boasts a number of players earning their living in top European leagues, including Colley at Italian club Sampdoria.

At 29, with 32 caps under his belt, the defender is aiming to make a lasting impact when they compete in Cameroon.

“I am excited not only for being the captain, but for the fact we are the first generation to achieve qualification,” he said. “For us it’s not a small thing and we made history for The Gambia.

“I am really happy and proud to get this chance and be part of the team. I hope there will be more and more tournaments to come and to still be part of it. I am a role model for young players and I always act to lead them forward, if possible, and help Gambian football develop.”

Part of the GFF strategy to strengthen their team was to entrust it to Tom Saintfiet in 2018.

With a vast and varied experience in coaching clubs and national sides including Trinidad & Tobago, Malta and Bangladesh, the Belgian coach has achieved what many failed to before him.

“He’s a great motivator; he really believes in us and he says this is the best team The Gambia has ever had,” Colley said. “Even before we qualified, he proved statistical evidence for that. Stats never lie — we score more and we concede less than we used to.

“It was the time to qualify and we proved we could do it. He has a lot of experience and gave us a sense of self-confidence, and now here we are. We are very happy with him, it’s a perfect match.”

Saintfiet’s work has paid dividends. The team collected impressive wins against Gabon and Angola on their way to topping their group in qualifying.

The Scorpions were forced to cancel pre-tournament friendlies against Algeria and Syria because of a Covid-19 outbreak, but the side have confidence about what lies ahead. This is despite being drawn in Group F alongside Mauritania and two much-fancied teams in Mali and 2004 champions Tunisia.

“To be in such a difficult group really motivates us,” Colley said. “The first match against Mauritania will probably determine the outcome of our tournament; we are going to go all in and try and get the three points.

“Having said that, there is no easy game at Afcon. Each time there is a surprise team — this time we hope it is The Gambia.”

The hope is that qualification for the Nations Cup will help the game in The Gambia develop even further. The national side’s achievements have produced increased interest in domestic football too; stadia are often packed, while celebrities and artists have started attending matches.

Enthusiasm back home is encouraging and a positive development, but it needs to be stabilised.

“People have started looking at The Gambia because we qualified for the first time and we have some very good players around Europe, like in Italy and Belgium,” Colley said.

“In the last few years, players from The Gambia have left the country and gone abroad to become professionals. This is also because the national team has done so well.

“Going to Afcon is a big opportunity for us and for the youngsters at home. We showed it is possible to compete at the highest level and this is going to motivate them to follow in our footsteps and do even better. The first step is always the most important one.”

After a career which has taken him from his hometown Banjul to the Italian port city of Genoa via Finland, Sweden and Belgium, Colley is now a key player at Sampdoria. The side went into Italy’s winter break 15th in the Serie A table, nine points above the relegation zone, after a first half of the season which saw owner Massimo Ferrero forced to step down as chairman because of off-field legal issues.

Having signed a new contract last season, leaving his club team-mates behind — even for such a major event — is not easy for Colley.

“That’s football, we changed the coach [Roberto D’Aversa joined in July] and such transitions always take time,” he said. “It’s strange to leave now, but we have good players to slot in my position. I would be happy to stay and help, but this is an historical time for The Gambia and I am also excited to go.

“It’s always a pleasure to be in Africa and it’s always a pride to wear our national team’s shirt. It’s a history-breaking team and I want to experience what lies ahead of us.”