The Hornets make the trip to take on the Wizards on Monday night in Washington.

•The last time the Charlotte Hornets faced a team amid a similar stretch, it wasn't good for them.

•The Wizards fell 120-119 on Saturday to the visiting Chicago Bulls. 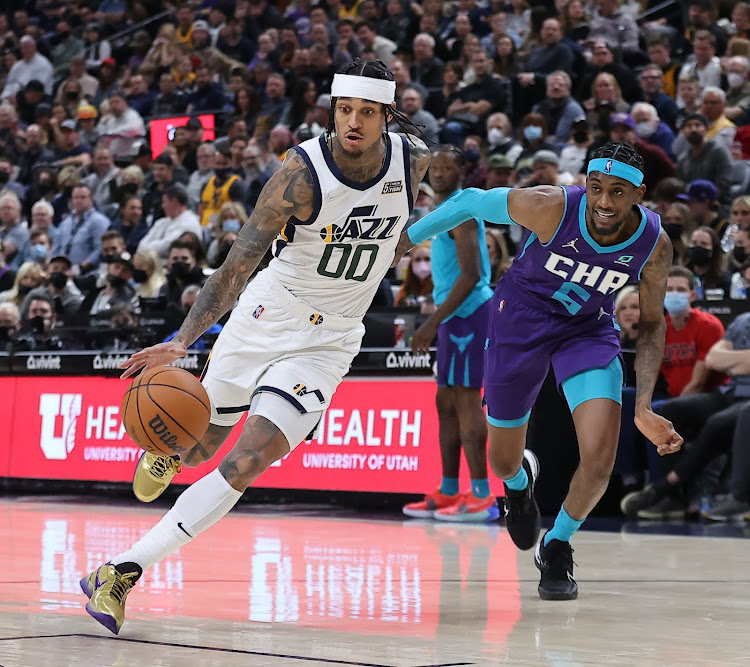 The Washington Wizards have lost three of their last four games, so it might look like they're in a slump.

The last time the Charlotte Hornets faced a team amid a similar stretch, it wasn't good for them.

The Hornets make the trip to take on the Wizards on Monday night in Washington.

The Hornets were rolling with a three-game winning streak before a 133-99 home loss Sunday night to Phoenix, which arrived with losses in three of its past four games. So now it's a quick turnaround, which might be a good thing considering Charlotte wasn't up to speed after a three-day layoff.

"We move on," Hornets coach James Borrego said. "We have another one (in 24 hours)."

The Wizards fell 120-119 on Saturday to the visiting Chicago Bulls. That gives Washington losses in four of its last five home games.

"It's a tough one," Wizards coach Wes Unseld Jr. said.

Washington has had three straight games with at least five players absent because of the NBA's health and safety protocols. They were without seven players for their most-recent game.

Yet Unseld said there's enough firepower on offense for the Wizards to succeed.

"We've continued to move the ball," Unseld said. "We've been attacking a little bit more. Our aggression has been good for us. ... Stay in attack mode. That doesn't mean you have to force it."

Unseld said the Wizards have played at a better pace. He said taking off in transition can provide a boost for Washington especially if those situations come naturally.

Borrego said the Hornets should be well-aware that there will be no smooth sailing in the NBA.

"You come in here comfortable thinking you've won three in a row; that's just not happening in this league," he said. "We have to respond (in Washington)."

Part of the adjustment for the Wizards comes with using Bradley Beal in a different role. Even as one of the NBA's top scorers, Beal has been called upon to be a point guard with the revamped lineup.

"He had a big game. He was able to facilitate," Unseld said after the game vs. Chicago. "We ask him to do a lot. Facilitate, keep guys organized, try to make plays and score. I think he did a terrific job."

Beal played nearly 43 minutes. Unseld said he trusts the guard to take on the expanded responsibilities.

"He's going to make the right read," Unseld said. "He's going to see what's open. He's unselfish. It generates a lot of offense for everyone."

Charlotte has defeated the Wizards in both meetings so far this season. The most-recent matchup was a 109-103 outcome Nov. 22 in Washington. That came less than a week after the Hornets' 10-point home victory.

The Hornets remained without forward PJ Washington because of COVID protocols Sunday, although they got starting forward Miles Bridges back into the lineup after a two-game absence.

Over the weekend, the Wizards signed guard Tremont Waters to a 10-day contract under the NBA hardship exception provisions.