Second-generation drivers in focus ahead of Sunday's MMC Rally

Subaru GC8 driver Dinesh Varsani has confirmed that his pace-notes will be called by his son Suraj.

• Twenty year old Suraj will be making his racing debut at  the event's venue in Vipingo on Sunday. 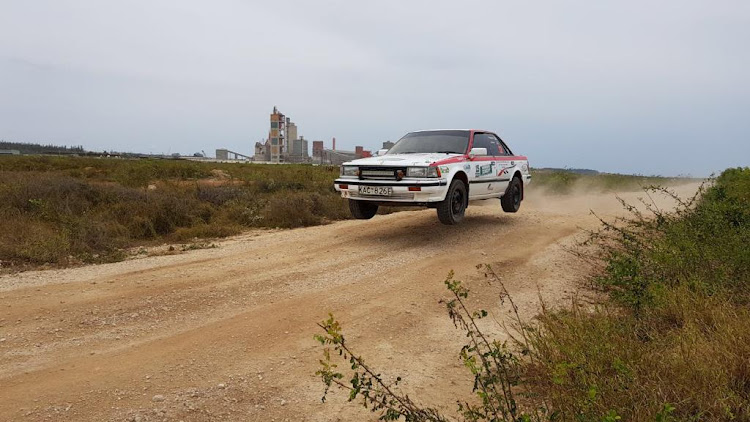 Akbar Khan's Nissan Bluebird in action at a past 2WD Championship
Image: COURTESY

The Mombasa Motor Club Training Rally set for this weekend has attracted several second-generation drivers eager to leave an impression at the port city.

Twenty-year-old Suraj Varsani will be making his racing debut at  the event's venue in Vipingo on Sunday when he calls out his notes for his father Dinesh Varsani in a Subaru GC8.

Anitta hopes to join the growing list of female drivers who have made a mark recently.

"Since I started racing in 2015, all my children have become very interested. They now have the bug and it'll be encouraging to see them ruffle feathers on their debut this weekend, inshallah," said Khan.

"Being a first-generation driver, I had to learn the tricks the hard way. I hope my children will have quite a bit of an advantage as second-generation drivers and gain invaluable experience from the machines they see on a day-to-day basis in the backyard."

"This cockpit craze from father to siblings is the real deal. We want to keep that in focus," Khan asserted of their rallying passion in the family.

"Cars will basically run two stages — one around 6km and the other approximately 9 km, which will be repeated and changed as there are crosslinks for a total of 100km. Buggies loop is around 5km, part of the car loop. It will be repeated and reversed to a cumulative total of 30km," McKenzie explained.

Akbar, who has previously sat with David Kago, hopes his children will follow in his footsteps. Akbar won the Quad Class during the 2019 KCB Kenya National Autocross Championship at Vipingo racetrack and racked up back-to-back Coast Two Wheel Drive Championship titles in 2017, 2018 and 2019.

Also is the MMC mix is buggy class champion Yusuf Pasta, who is entering a Rage machine.