Hamilton slams ‘over the limit’ Verstappen after Saudi chaos

Mercedes driver Hamilton won a dramatic race under lights on the Jeddah street circuit but only after several close run-ins with Red Bull’s Verstappen.

• “I really had to try and keep my cool out there which was really difficult to do,” said Hamilton.

• Red Bull maintained that Verstappen was simply following instructions while Mercedes intimated that the Dutchman was ‘brake-testing’. 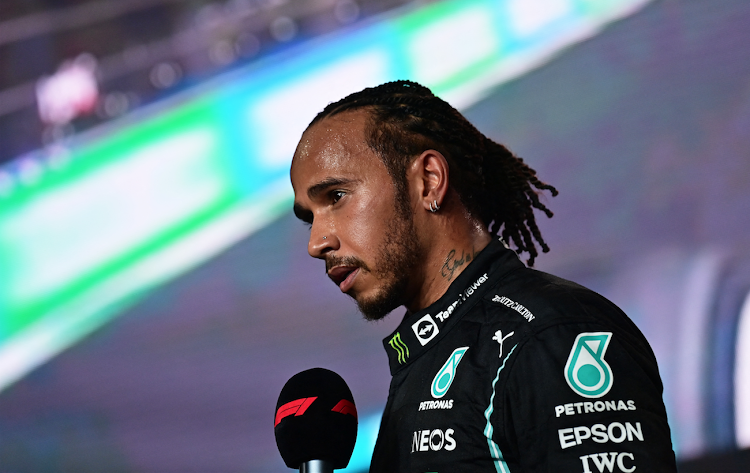 Mercedes' driver Lewis Hamilton speaks to the press after winning the Formula One Saudi Arabian Grand Prix at the Jeddah Corniche Circuit in Jeddah on December 5
Image: AFP

Mercedes driver Hamilton won a dramatic race under lights on the Jeddah street circuit but only after several close run-ins with Red Bull’s Verstappen.

“I really had to try and keep my cool out there which was really difficult to do,” said Hamilton.

“I have raced a lot of drivers in my 28 years of racing, I have come across a lot of characters. There’s a few that are over the limit, the rules don’t apply.

“He (Verstappen)’s over the limit for sure. I have avoided collision on so many occasions with the guy. I don’t mind being the one who does that because you get to live another day. It doesn’t matter for him if we don’t finish. It does for me.”

The tense battle culminated in a late collision when Hamilton, apparently unaware that Verstappen had been ordered to give up the lead after an illegal manoeuvre shortly before, hit the Red Bull as it braked in front of him.

Red Bull maintained that Verstappen was simply following instructions while Mercedes intimated that the Dutchman was ‘brake-testing’.

“I don’t understand why he hit the brakes quite so heavily so I ran into the back of him,” said Hamilton. “I didn’t get the information. It was very confusing.”

A visibly annoyed Verstappen, however, denied any wrongdoing in the incident.

“I slowed down, I wanted to let him by, I was on the right but he didn’t want to overtake and we touched,” said Verstappen.  “I don’t really understand what happened there.”

Stewards, who gave Verstappen a five-second penalty for an earlier incident, were investigating the decision.

“It was quite eventful! A lot of things happened, which I don’t fully agree with, but it is what it is,” said the 24-year-old Dutchman.

He later stormed off the podium, refusing to take part in the traditional end-of-race champagne spraying with Hamilton and his Mercedes teammate Valtteri Bottas who took third. The two drivers are now level on points as they head to the final race of the season in Abu Dhabi next weekend, although Verstappen has the advantage of having won more races.

“It’s a straight fight as it has been all year,” said Red Bull principal Christian Horner. “The form is with Mercedes but Max has fought like a lion this weekend, he has given it everything.”

Hamilton has now won three races on the bounce and is primed to become the first man to win eight world titles, one more than the record he currently shares with Michael Schumacher.

“I am personally chilled,” he said. “I feel like I am in the boxing ring and I am ready to go.”