• “You just have to sit there and say ‘wow’ and applaud the guy,” Shearer said on Amazon Prime Video. 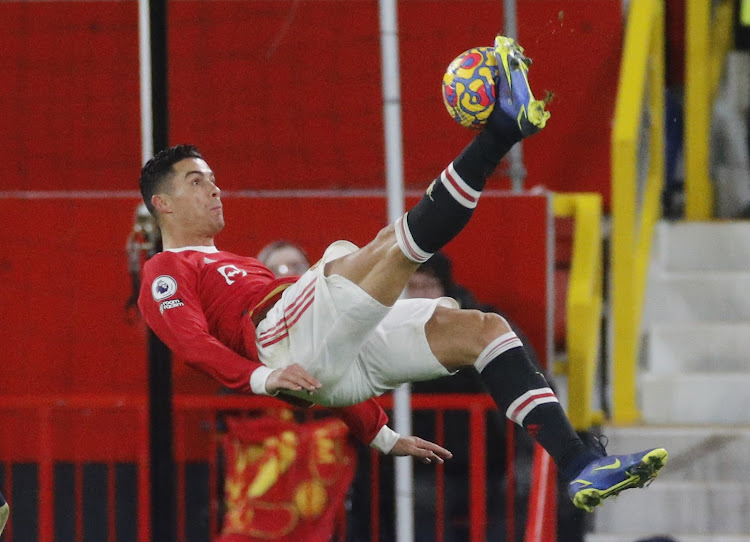 Manchester United’s Cristiano Ronaldo moved past another career milestone by scoring twice against Arsenal on Thursday to take his tally to 801 for club and country, earning high praise from some of the great goalscorers of the game.

“You just have to sit there and say ‘wow’ and applaud the guy,” Shearer said on Amazon Prime Video.

“It’s very difficult to get to the top but it is staying there too. You have to get up in the morning and go again and the whole world is looking for you to perform every week. It’s just phenomenal what he’s done.”

There is some debate over his status as the most prolific scorer in men’s football, with Brazil’s Pele and Romario both claiming over 1,000 goals, but statisticians say the Portugal forward tops the scoring charts in official competitions.

“He is indisputably one of the greatest players in the history of the game. An absolute phenomenon,” Lineker said on Twitter.

Ronaldo is United’s top scorer this season with 12 goals in 16 appearances in all competitions. His brace against Arsenal took United up to seventh.

Carrick has been in charge of the team since the dismissal of Ole Gunnar Solskjaer last month. German Ralf Rangnick is taking over as interim manager until the end of the season.

"It’s not been an easy decision to make but I feel it’s the right one. I was going to take time off after I finished playing and it never happened. It feels like the right time to step away and what a way to finish," Carrick told Amazon Prime.

"It’s 100 per cent my decision. Over the last week I was conscious I respected the club and the manager coming in. I thought it was the right thing to do for the club and for Ralf and I’m quite happy with that," he added.

An England international, Carrick won five Premier League titles at United under Alex Ferguson before joining Jose Mourinho's coaching staff after retiring as a player in 2018.

He was a key part of Solskjaer's management team and after the Norwegian's departure led United to a win at Villarreal in the Champions League which secured a place in the last 16 and Sunday's draw at Chelsea in the Premier League.

"We were in a situation where there was a responsibility to see these games through," said Carrick.

"I’ve had great times, great memories and I’m proud of the players over the past three games.

"I just told them and they were a bit shocked and surprised, a bit emotional in the changing room. I held it together just about. It’s not been easy to keep it away from people but I had a job to do," the 40-year-old said.

"Michael leaves with the sincerest thanks and best wishes of everyone at Manchester United after 15 years of exceptional service to the club as a player and as a coach. While we are sad to see him go, we respect and understand Michael’s decision," he said.