Pep Guardiola said last week that Silva’s form means he cannot leave the 27-year-old out of his team at the moment, and I can understand why he thinks that.

• Along with Phil Foden and Joao Cancelo, the Portugal midfielder has been one of three standout players for City this season, which is remarkable when you think he almost left the club in the summer. 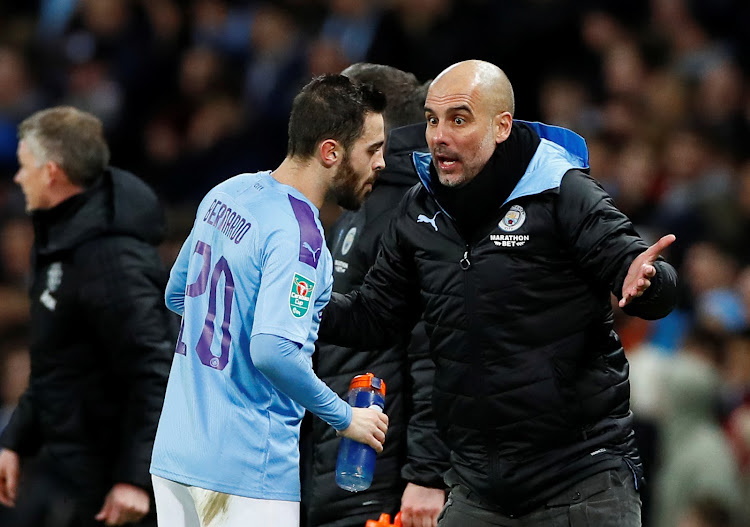 With the amazing squad Manchester City have, for their manager to call someone “undroppable” means he must be doing something very special — and Bernardo Silva is in that bracket now.

Pep Guardiola said last week that Silva’s form means he cannot leave the 27-year-old out of his team at the moment, and I can understand why he thinks that.

Along with Phil Foden and Joao Cancelo, the Portugal midfielder has been one of three standout players for City this season, which is remarkable when you think he almost left the club in the summer. Silva was reportedly unsettled for personal reasons but if he is still unhappy off the pitch, then he certainly doesn’t show it when he is on it.

It just shows how mentally strong he is and what type of person he is, that he’s been able to just get on with his football and consistently produce the performances he has.

There are only three players at City who will always play if they are available — Ederson in goal is one, Kyle Walker has nailed down the right-back slot and is another, and then there is Kevin de Bruyne.

If De Bruyne is fit and City have a big game, he always starts — and so he should, because when he plays they are a better team.

But we are getting to the stage where they are becoming less reliant on him because of Silva’s form. He is a very different sort of player, but he still has a huge influence on the game.

When the Belgium playmaker is missing, we know Silva can take over the reins.

I don’t mean he has the same ability, because I don’t think he is as good a player — for me, De Bruyne is the best midfielder in the world.

But in terms of being that person City can count on every single week, Silva is certainly that man.

The deeper the role the more Silva shines?

Silva has operated as a forward on the right wing in the past and has played in three positions for City this season: as a false nine and on the left and right of the midfield three. It is those last two roles that fit him best in my opinion and have helped him shine, because when he is deeper he can get more involved in the game — going forward and defensively.

He can do everything. I love his attitude and watching all the work he puts in for the team. You don’t often get flair players who are great out of possession too, but it doesn’t seem to bother Silva because he just does not stop running. It’s the same when he is on the ball, which is one of the ways he is different to De Bruyne.

Yes, De Bruyne breaks through defensive lines and is faster than people think, but when you think of him, it is his passing that makes him world class. With Silva, City have more of a dribbler from deep — when he was at Monaco his team-mates nicknamed him Bubblegum because the ball was always stuck to his feet, and it is something he does more than any other player for City.

He’s obviously very good at it too — the mazy run he went on against Liverpool last month was just staggering.

Does Silva get the praise he deserves?

De Bruyne is so elegant and easy on the eye that of course he gets many plaudits.

Silva might not be quite as fancy but he is just as dependable, and definitely does a great job in a different way. His effort is always amazing, but he’s far more than just a workhorse.

I don’t think he is underrated — the City fans absolutely love him and you can see why Pep does, too. Silva’s down-to-earth personality makes him a superstar player who is very easy to manage, like David Silva was during my time at the club. He and De Bruyne can play together, but maybe we don’t always see the absolute best of both of them when they do because they both want to be in the same areas on the right side of midfield.

When you watch Silva he always gravitates to the right so he can come inside on his left foot, and he does a lot of his best work there. That is obviously where De Bruyne likes to operate too, not normally by cutting in but by fizzing in one of his trademark crosses.

When they are both in the team, they can’t both be deployed there and it is usually Silva who has to move over to the left or further forward.

It works because Silva knows City’s system and he is also good enough to be effective whatever he is asked to do. But when you play him in his best position, that’s when you really see what he can do.