The 35-year-old has been able to train for three weeks without interruption and was named in coach Mauricio Pochettino’s 23-man squad for the trip to Manchester.

•PSG are second in Group A with eight points, one behind leaders City

•Elsewhere, Real Madrid forwards Eden Hazard and Gareth Bale are out of the LaLiga giants' clash against Sheriff Tiraspol 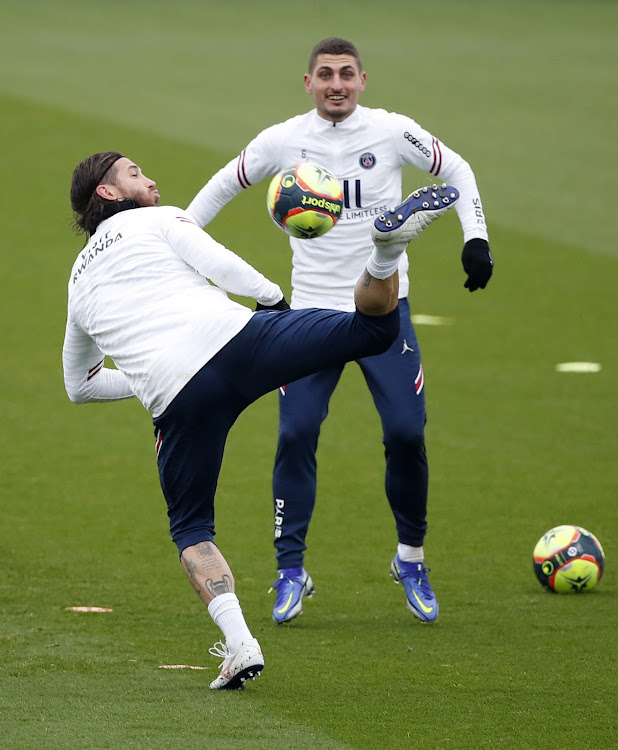 Paris St Germain defender Sergio Ramos is primed to play his first match in over six months after being named in the squad for Wednesday’s Champions League Group A clash away to Manchester City.

The Spaniard joined PSG in July on a free transfer after ending a 16-year career with Real Madrid but has been unable to play due to a long-running calf injury which led to him missing most of the previous season and Spain’s Euro 2020 campaign.

The 35-year-old has been able to train for three weeks without interruption, however, and was named in coach Mauricio Pochettino’s 23-man squad for the trip to City, where his side will be hoping to clinch their place in the knockout stage.

PSG are second in Group A with eight points, one behind leaders City with two games remaining.

Victory would clinch the French side’s place in the next stage while defeat would end their hopes of finishing top of the group and being seeded for the last-16 draw.

Meanwhile, Real Madrid forwards Eden Hazard and Gareth Bale have been left out of the squad for their match at Sheriff Tiraspol, the LaLiga club said.

Manager Carlo Ancelotti said on Saturday Hazard was suffering from gastroenteritis, while Bale picked up a knock last week while on international duty with Wales.

Both players missed Sunday’s 4-1 league win at Granada, which moved them a point clear at the top.