Queens resume training on Thursday in readiness for league resumption.

• The target is to win back the league. It was painful seeing Thika lift the trophy and the girls are ready to bounce back stronger than before-Nyamunyamu.

• He said game management is key after seeing his side ship four goals against River Angels of Nigeria in an error strewn second half in their last pool match. 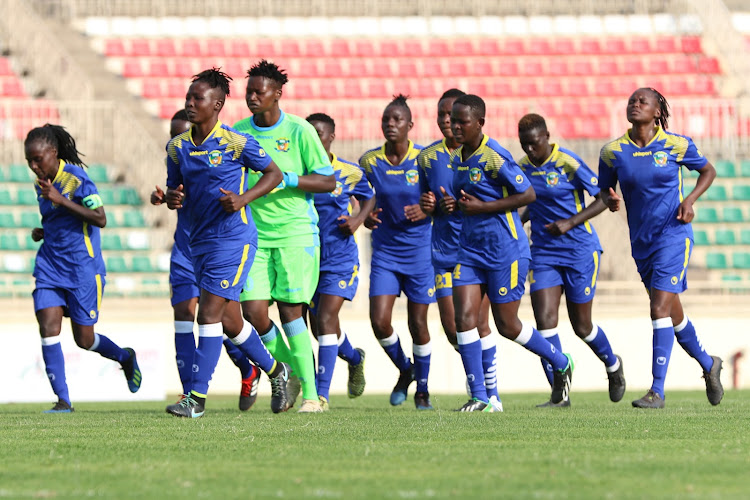 Vihiga Queens coach Boniface Nyamunyamu wants his players to use  lessons learnt at the CAF Champions League in their quest to reclaim the Women's Premier League title from Thika Queens.

Vihiga managed one win in three Pool 'B' matches during the inaugural CAF Women's Champions League in Egypt; beating AS FAR of Morocco (2-0) and falling 1-0 to eventual winners Mamelodi Sundowns of South Africa and 4-0 to River Angels of Nigeria.

Nyamunyamu says despite failing to proceed to the semis, vital lessons were learnt and he now  wants his charges to show more maturity and a tough mentality to re-gain their past glory.

Queens resume training on Thursday in readiness for league resumption.

However, two of their best players, Lilian Awuor and Tereza Engesha, continue to be linked with moves abroad.

"It was the perfect exposure for the players and such experiences are invaluable. It is our hope that the players can use the experience gained in our quest to dominate the local scene," remarked Nyamunyamu.

"The target is to win back the league title. It was painful seeing Thika lift the trophy and the girls are ready to bounce back stronger."

He said game management is key especially after seeing his side ship four goals against River Angels in an error-strewn second half in their last pool match. The team also need to play with high intensity and press their opposition high up the field.

Meanwhile, Vihiga County Governor Wilber Ottichilo has said the county plans to increase sports fund kitty to sustain teams with priority given to clubs playing at the national level.

"We have four teams at the national level hence the need to improve the kitty," he said.

Ottichilo further said the county has appealed to the Ministry of Sports for  Sh200million to refurbish stadia.

“We are going to try our best with the support of Ministry of Sports at the national level to ensure we have better stadia. Hamisi, Kidundu and Mumboha play grounds need face-lift so that Vihiga can host league matches and fans get the chance to cheer their own,” he added.