Inzaghi happy with progress at Inter as knockout stage beckons

The Serie A champions take on Ukraine's Shakhtar Donetsk with progression to their first knockout since 2011-12 a real possibility albeit it depends on results elsewhere.

•However, he is wary of Shakhtar, coached by former Sassuolo manager Roberto De Zerbi 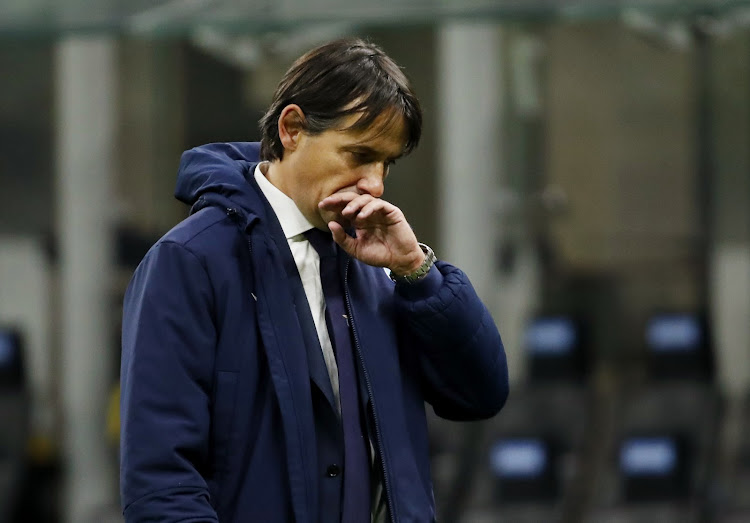 Inter Milan coach Simone Inzaghi said he is pleased with the progress the team have made since he took charge in the close season, with the Serie A champions closing in on their first Champions League knockout stage qualification in a decade.

Inter take on Shakhtar Donetsk on Wednesday knowing victory will see them through to the last 16 for the first time since 2011-12 with a game to spare, as long as Moldova’s Sheriff Tiraspol do not beat Real Madrid in Group D’s other clash.

In Serie A, the champions ended leaders Napoli’s unbeaten start to the season with a thrilling 3-2 win on Sunday to close the gap at the top of the standings to four points — which has also contributed to Inzaghi’s positive mood.

“There is a process of growth and we’re on the right path, but the work is still long,” Inzaghi told reporters on Tuesday.

“Each coach has his own ideas. I’ve found an excellent environment that has welcomed me from day one... we’ve made great progress. I believe the victory over Napoli can give us an important boost, even though we’ve played well against many good teams this season.”

Inzaghi is taking nothing for granted against the group’s bottom side Shakhtar - a team coached by Italian manager Roberto De Zerbi, who left Serie A side Sassuolo at the end of last season.

“We know Shakhtar and we know even better De Zerbi and the way he wants to play football,” Inzaghi added.

“It’ll be an intense, European game, with two teams playing good football. We know reaching the next round is in our hands.”