We have done no wrong, FKF tell Senate amid inspection storm

Committee chair, Nairobi Senator Johnstone Sakaja, reiterated they are not against the inspection and will convene another sitting to deliberate more on the issue. 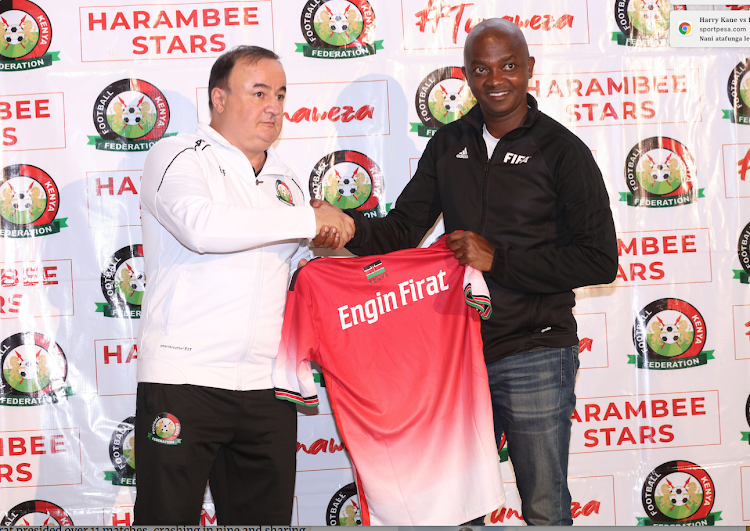 Football Kenya Federation president Nick Mwendwa says they can account for every coin they have spent since ascending to office in 2016 following an ordered inspection of their accounts.

Mwendwa said they have not been informed of any suspected offence behind Sports Cabinet Secretary Amina Mohammed's decision to order an inspection of FKF's accounts.

"An inspection is occasioned by a wrongdoing and in our case, we wrote a letter to the CS inquiring about the offence we are suspected of committing...we are yet to receive a response. What is currently happening is not an audit but an inspection. This is the first time this is happening under the current Sports Act," Mwendwa said.

He further said the current office has a reputation of transparency in as far as their dealings are concerned, pointing to the amicable relationship with world football governing body, Fifa.

"Fifa audits our accounts every June after which the next batch of funds are disbursed. So far, we have been audited five times and we have been given a clean bill of health. If that was not the case, then we would not be receiving the USD 1 million we receive every four-year cycle and the USD 2 million for special projects," he said.

Mwendwa, however, reiterated they will cooperate with the inspection process as they have always done.

"We have cooperated with the inspectors despite the reservations we have had. We provided them with all the documents and details they required within the legal framework. So far, 3,000 pages of our accounts have been inspected," he said.

"We learnt of the inspection via a press statement. So far, we have not been informed of the reasons for the inspection. Despite that, the inspectors have been furnished with all the documents required including bank statements from 2016. They also asked us for FKF's payment vouchers and cash books and we provided the same," Otieno said.

The two were speaking on Thursday afternoon before the Senate Committee on Labour and Social Welfare during a hearing to deliberate on a statement by Makueni Senator Mutula Kilonzo as well as the impromptu inspection of FKF.

Kilonzo had sought clarification from the chair of the committee regarding a number of issues related to the inspection, which was conducted last Friday at Kandanda House.

Committee chair, Nairobi Senator Johnstone Sakaja, reiterated they are not against the inspection rather are seeking to understand the circumstances of the standoff between the federation and the CS.

"We do not want this to become a FKF-CS Amina issue. Neither are we in this to take sides. We have no intention to stop that which has been ordered by the government. Every institution is audited included the Senate and this is no different," Sakaja said.

He said the committee will convene another hearing at which CS Amina — or a representative of the Ministry of Sports — will be expected to attend.