The Red Devils' leaky defence has been under particular scrutiny after conceding nine goals in their last two Premier League games and keeping one clean sheet in 21 ties.

•Maguire said it had been difficult to process the defeat, which saw United 4-0 down at halftime

•Elsewhere, Arsenal will take a late call on including left back Kieran Tierney in their squad for Saturday's Premier League clash against Leicester City 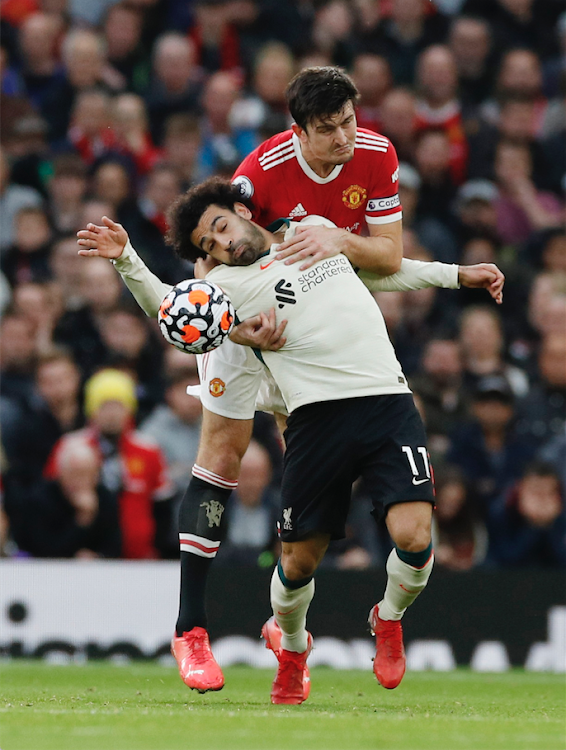 Manchester United captain Harry Maguire says the players let down manager Ole Gunnar Solskjaer in their "embarrassing" 5-0 loss to Liverpool at Old Trafford on Sunday and need to take full responsibility and stick together.

United visit Tottenham Hotspur in the Premier League on Saturday after a week of intense criticism and speculation over the future of Solskjaer at the club.

"I hope every player in the dressing room is looking at themselves, taking full responsibility on their shoulders and not pointing the finger and blaming anyone else," Maguire told Sky Sports.

"You look at yourself first and foremost when you have a result like this and a period like this.

"We let the manager down against Liverpool. We let the fans down, the club down, us as players. So we have to take huge responsibility for that."

Maguire said it had been difficult to process the defeat, which saw United 4-0 down at halftime.

"It's been tough, it's been disappointing. When you look back at the result and the performance it was embarrassing. Nowhere near good enough for this club," he added.

"It's been a tough week. I'm not going to say we've moved on easily.

"It's one of the lowest I'm sure all the players have felt in their career. You go home and you don't sleep much, you've got thoughts running through your head. 'If only I did this or this'. If I'm being honest I went home and I just looked at myself and what I can do better and take full responsibility on my shoulders," he said.

United's leaky defence has been under particular scrutiny after conceding nine goals in their last two Premier League games and keeping one clean sheet in their last 21 matches in all competitions.

"I'm the captain, I've been a mainstay in the defence for over two years. We've had some good runs but at the minute we're not defending well enough.

"My performances haven't been good enough and I'm looking to get back to the form I've shown prior to the injury in the last two seasons."

The England defender said it was time for the club's senior players to show their value.

"We've now got to stick together as a group, try to move forward from the (Liverpool) result and put on a positive performance on Saturday," said Maguire.

"We've got big players at this club, big experience, big international players and now we've got to show that."

Elsewhere, Arsenal will take a late call on including left back Kieran Tierney in their squad for Saturday's Premier League clash against Leicester City, manager Mikel Arteta said.

The 24-year-old Scot was ever present in Arsenal's defence this season but suffered a bruised ankle in their 2-2 home draw against Crystal Palace and missed the league victory over Aston Villa and the League Cup win over Leeds United.

"He's progressing, training. Let's see how he is today. He felt a bit better in the last few days but wasn't 100% to start the other day," Arteta told reporters on Friday.

"There have been a few of them that haven't been able to train. We picked up some knocks during the game against Leeds. Hopefully today we'll have better news."

Arteta said defender Ben White missed training due to a sickness bug in the squad while striker Eddie Nketiah, who has not yet been named in a Premier League matchday squad, had to continue taking his chances after scoring  against Leeds.

"He's another one that is constantly pushing," Arteta said. "Every time he's got a chance he takes it. There are other players involved in that position.

"He's the same as other players without many minutes because we don't have Europe this season."

Arsenal are 10th in the standings with 14 points, one place below Leicester.

Arteta, a former Barcelona youth player who had previously been linked to the manager's job at the Spanish LaLiga side, ruled himself out of contention following the dismissal of Ronald Koeman this week.

"I'm extremely happy at Arsenal and privileged to be here. My focus is here," the Spaniard said.

"There's been a lot going on there in the last few years... you have to overcome a situation like the departure of Lionel Messi who's been a key player for many years and I know that takes time. I hope everything works out well."