Gor are ready for anyone, says Omollo ahead of Caf draw

•The tactician said the side had overcome the tragedy that befell them at the end of the preceding season when some of their luminaries bolted out in a huff owing to glaring pay disputes.

•They advanced to the final stage of the preliminary round after their rivals, Al Ahly Merowe of Sudan failed to arrive in the country for the second leg of their encounter. 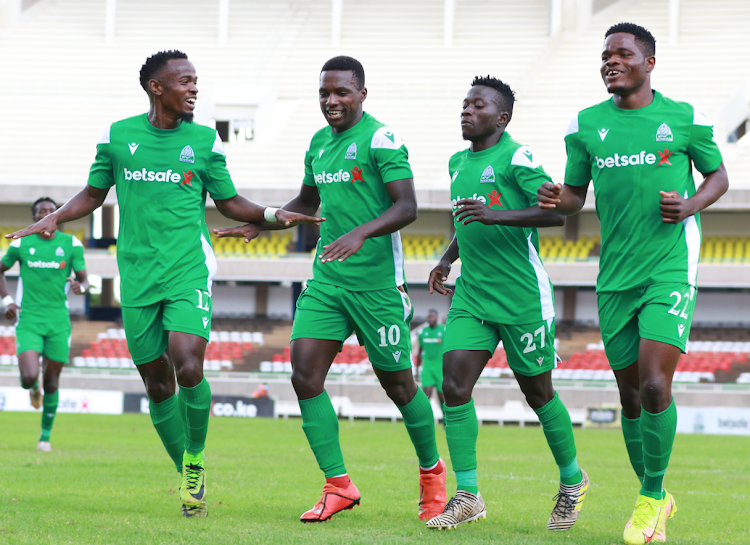 Gor Mahia assistant coach Sammy 'Pamzo' Omollo says they are ready for any rival who will be thrown into their path in the final preliminary stage of the Caf Confederation Cup.

Omollo has tipped his charges to prove their mettle in the cut-throat continental showpiece, saying their stellar performance in the second preliminary stage justified their presence in the competition.

"Judging by the recent league encounters, it's all too obvious we have grown in bounds and our players can match any opponent who will come our way," said Pamzo.

"Obviously, we are expecting some stiff competition in the next stage of the competition.

"We will continue to train hard for positive results, of course in the full knowledge that victory won't come easy.

"We already have a rough idea of the teams we are likely to encounter but I can assure you none of them is unbeatable," he added.

The tactician said the side had overcome the tragedy that befell them at the end of the preceding season when some of their luminaries bolted out in a huff owing to glaring pay disputes.

"We had hoped to delve deeper into the transfer market for more players, but I believe the crop we currently have are worth their salt, judging by the kind of performances they have put in thus far," said Omollo.

"Our new players are blending well with the rest of the squad. It's quite encouraging to see the rich talent that occupies our bench during matches. It shows just how competitive the squad has grown," said Omollo.

"The spirit in the camp is terrific. The morale is high and everyone is eager for victory," said Omollo.

And with the likely return of the fans to the stadium, Omollo projects a rise in the team's curve.

"It's all we've been missing. The return of the twelfth player will serve to boost our performance even further. The fans have always been key to a good performance given they prod the team to the ceiling," said Omollo.

K’Ogalo are now one step into the playoffs round, where they will meet one of the 16 teams eliminated in the CAF Champions League first round. The draw for the playoffs will be held today.

They advanced to the final stage of the preliminary round after their rivals, Al ahly Merowe of Sudan failed to arrive in the country for the second leg of their encounter.

Gor had a two-goal advantage heading into the match after they registered an emphatic 3-1 win over the Sudanese outfit in the first leg  played at the New Suez Stadium in Egypt a week ago.

Football Kenya Federation released a statement saying it had received official communication from the continental football governing body, CAF, confirming the withdrawal of Al Ahly Merowe from the contest.

“FKF has received communication from CAF officially cancelling the CAF Confederations Cup Preliminary match between Gor Mahia and Al Ahly Merowe of Sudan that was due to played today at the Nyayo Stadium,” read the statement.

CAF took the decision after receiving communication from the Sudanese FA withdrawing Al Ahly Merowe from the competition.