Why Sterling should convert to striker’s position

Guardiola has done a lot of work with Sterling to turn him into a goal machine but he is still not a goal poacher and if he is to have a future at Maine Road, he has to adapt his style of play and score more often.

• At 36, Ronaldo prefers to be a penalty area predator taking opportunities to put the ball in the back of the net rather than digging the ball out of midfield and dribbling forward. 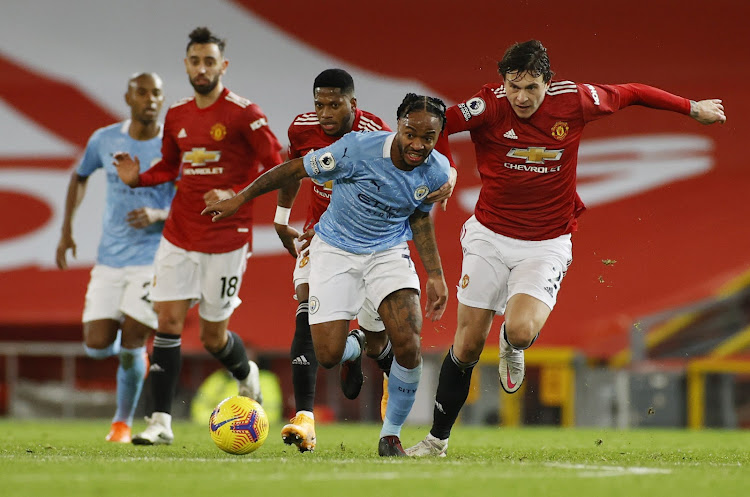 Raheem Sterling’s sulk and interest in a move to another club to gain match time has stirred Bernado Silva and Pep Guardiola into commenting.

Bernado spent a short time out of the first team, waiting his chance and came back with man-of-the-match performances against Liverpool and Burnley.

In the Burnley contest, he literally ran the game. He said this week, in a direct comment aimed at Sterling: “The amount of good players we have in this squad is crazy. All of us are important. We are fighting in four competitions and we want to win all of them."

"Everyone needs to be fit and prepared. It’s tough when you’re not playing the minutes you want. It’s happened with me and most of the players here — you have to fight for your place.”

I have often joked that City’s substitute’s bench are capable of winning the Premier League! From inside City’s stronghold the view is that Guardiola prefers either Foden or Grealish out on the left wing which leaves Sterling only the central striker’s position.

Guardiola has done a lot of work with Sterling to turn him into a goal machine but he is still not a goal poacher and if he is to have a future at Maine Road, he has to adapt his style of play and score more often.

Despite denials by Ole Gunner Solskjaer that he is not worried, you don’t often read about Cristiano Ronaldo being criticised but that is happening a lot at the moment. The problem revolves around his reluctance to get involved in midfield.

After the Leicester game, manager Brendan Rogers said failure by United to put pressure on his team in midfield allowed them to play through the middle with patience and ease in building an attack. Ronaldo plays a different game these days now he is considerably older.

At 36, he prefers to be a penalty area predator taking opportunities to put the ball in the back of the net rather than digging the ball out of midfield and dribbling forward.

Five goals in seven games since returning to Old Trafford underline that he is still very good as a goal poacher. However, his failure to press opponents often leave United exposed and easy to control in midfield. Ronaldo is used to success and he has failed to hide his disappointment with some of his United performances this season.

Norwich manager Daniel Farke has been disappointed with Man United loanee Brandon Williams and Chelsea’s Billy Gilmour. 21-year-old Williams was hoping for a successful run of games to put him back in line for a starting place at Old Trafford.

Gilmour had the same plan but is in the same place as Williams and the last two games have seen both players sitting on the substitutes’ bench. Farke has been under pressure to play the pair but says: “I am not here to please Manchester United or Chelsea, I am just here to win points. I am not here to develop their players. If they want to be first team players they have to face this challenge and step up to it.”

I have heard whispers that Chelsea boss Marina Granovskaia might recall Billy Gilmour to Stamford Bridge because of Farke’s comments.

Worrying news is that player morale is very low at Manchester United after a series of disappointing results. Following the 4-2 defeat to Leicester, Ole Gunner Solskjaer kept his team back in the dressing room for 45 minutes as they discussed what had gone wrong.

United have a tough three match period coming up against Liverpool, Tottenham and Manchester City. Some of the players are depressed and it will be test of Solskjaer’s skills as a manager and ex-player to try and lift his team this weekend when they host Liverpool.

“We’ve been having these kind of games for a long time and haven’t solved the problem. We’re conceding easy, stupid goals,” said Paul Pogba, dropping his boss in some very hot water.

At the Carrington training ground, Solskjaer held his hands up and admitted he got things very wrong. The word from inside United is that the owners, the Glazer brothers, and Executive Vice-Chairman Ed Woodward are standing by Solskjaer but he has been told that this season they have to win a trophy or else the Norwegian could be shown the exit door.

Injuries mount up at Everton

Rafa Benitez finds himself in a midfield crisis at Everton with Abdoulaye Doucoure suffering a broken foot. The fractured metatarsal could keep him on the sidelines for months.

They still have Fabian Delph and Andres Gomez on the injured list and strikers Dominic Calvert-Lewin and Richarlison are also unavailable due to injuries. Everton tell me that Richarlison is being worked on by their medical team for a possible return this weekend but Calvert-Lewin has no chance of returning.

Tom Davies and Jean-Philippe Gbamin have been working with Benitez in training this week to take over Doucoure’s role in midfield.

Chelsea bought Romelu Lukaku to score goals but he is now six games without him hitting the net. Lukaku is a totally unselfish striker who makes as many assists as he scores.

The £98million signing’s goal drought has prompted manager Thomas Tuchel to remark that he has no long term worries and told us in midweek: “I am not concerned as I feel he is just a bit tired. He is very unselfish at the moment and is always looking for Timo Werner in a good position.”

Tuchel also commented that perhaps Chelsea are playing a little too deep in midfield and that is starving Lukaku of scoring opportunities and he addressed that point this week in training.

Pep Guardiola doesn’t make many mistakes. However, not signing a striker in the summer window might be one of them. City has the best squad in the league but they might yet trail behind Liverpool because they have the lethal strike force of Firmino, Diogo Jota, Sadio Mane and Mo Salah.

Between them, they have notched up 20 goals and we are only in mid-October. Pep went for Jack Grealish, a winger. Rivals Chelsea also have only one recognised world class striker in Romelu Lukaku. Anyone care to bet against Liverpool taking the title again this season?

Leeds manager Marcelo Bielsa has admitted he is worried about his team’s lack of goals this season. At this stage last year, Leeds had scored 13 goals but have only seven.

To add to his problems, Patrick Bamford, Kalvin Phillips and Raphinha have all been out of the team. Captain Liam Cooper says they can’t use that as an excuse although losing three important players has an effect on any team.

Bielsa commented on Bamford’s ankle injury problems by saying: “I don’t think we depend on Patrick. We can construct our offensive game in a collective manner. I would like to create more chances on goal and to increase the efficiency in taking those chances. Both things have margin for improvement.”

Rumours of big protest this weekend at Man United

I am praying it doesn’t happen but the word around Manchester this week is that there will be a huge protest by United fans against the Glazer brothers and calling for the sacking of Ole Gunner Solskjaer. Interestingly, the Glazers sold £117million of United shares this week. Fan groups are calling for mass support so that the ground becomes a fortress under siege.

United staff have been working with local authorities including the Greater Manchester Police and extra security is being put in place. Matches against arch-rivals Liverpool are always a potential exploding powder keg and United’s drop in performances is the touchpaper.

A Newcastle fan left his tickets at home for the match against Tottenham and when he arrived at the box office he was expecting to pay extra for his tickets. “We’re not that sort of club any longer,” he was told. “This is a new era and the new owners want to support their fans and help them.”

He was let into the game without paying anything more when his tickets were re-printed.

It was party time at St James’ Park and the new owners, the Saudi contingent and Amanda Staveley were in a laughing, jovial mood as Newcastle took the lead but their facial expressions changed as Tottenham drew level and then won the game. It might be the new Newcastle but it’s the same old football… the club desperately need to spend some of those oil billions in the New Year before it’s too late.

Who was first down the tunnel after the Tottenham match? Steve Bruce, who was tired of being abused from the stands. He has since left Newcastle, who have only three points and sit just a slot from bottom of the table. Several top managers have ruled themselves out of the job. Most notable are Brendan Rogers and Antonio Conte.

The main managerial name being discussed at the club is Belgian national team boss Roberto Martinez as he is experienced in the Premier League and two possible transfer targets are Southampton’s James Ward Prowse and Crystal Palace winger Wilfried Zaha.

In a developing row between the Premier League and Newcastle, 18 clubs voted to prevent the new Saudi owners from making lucrative sponsorship deals involving existing relationships.

Only Abu Dhabi-owned Manchester City voted with Newcastle and they are sponsored by Etihad Airways, which is owned by the United Arab Emirates government. Clubs are worried that deals made in Saudi Arabia for Newcastle will give the club an unfair advantage.