Starlets thumped South Sudan 8-0 on Wednesday with the second leg due this weekend at Nyayo Stadium.

• Teams that will make it to the last four of the African tournament automatically qualify for the World Cup in 2023 which will be jointly hosted by Australia and New Zealand.

• Atieno, however, warned her teammates that the South Sudan match is not over yet, tasking the team to avoid complacency in order to reap big once more. 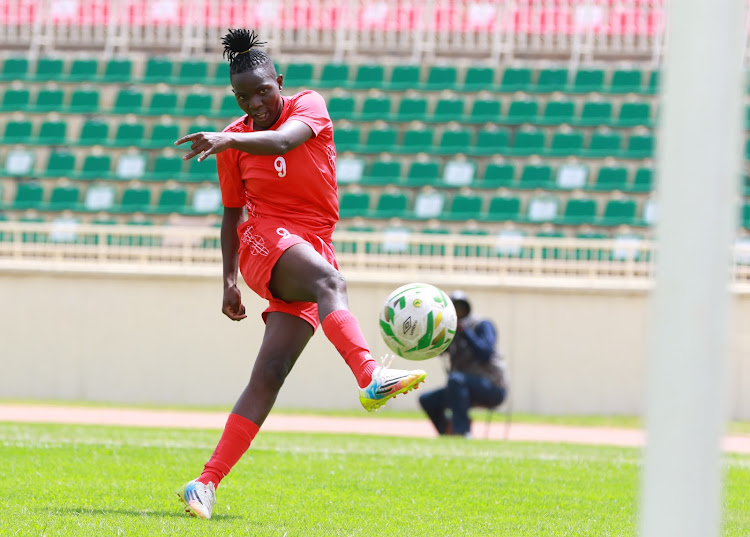 However, Atieno insists Starlets will have to reach the semifinals of the Africa Women's Cup of Nations, which guarantees automatic qualification for the global showpiece to be co-hosted by New Zealand and Australia in July 2023.

Kenya are currently on course for a slot in the AwCON if their rally past Soth Sudan's Bright Starlets is anything to go by.

Starlets thumped South Sudan 8-0 on Wednesday with the second leg due this weekend at Nyayo Stadium.

Starlets aim to qualify for the biennial AWCON to be hosted by Morocco in July next year.

Atieno, who bagged four goals on Wednesday on her return to the team after a three-year hiatus, reckons that Starlets' current squad is the best ever she has played in. The team is a mixture of youth and experience and with the pedigree to rub shoulders with the creme de la creme from other continents.

"We cannot afford to live in our comfort zones. Starlets played at AWCON  in 2016 for the first time when no one fancied them to qualify," the skilled striker said.

"The players at the time made it possible. We have a squad capable of achieving virtually everything, only with the right mentality that it can be done. Starlets want to play at AWCON next year. A dream is a plan and its Starlets' dream of playing in Australia and New Zealand in 20 months."

Atieno, however, warned her teammates that the South Sudan match is not over yet, tasking the team to avoid complacency in order to reap big once more.

"The job is not over yet. It can only be over when we move to the next round, qualify for AWCON and finally make it to the World Cup. We have achieved nothing at the moment," she said

"I am happy to be back and what a better way to honour the call-up? I have the experience to help the team  achieve these targets and this is the perfect time to let teams take note of Harambee Starlets," she concluded.